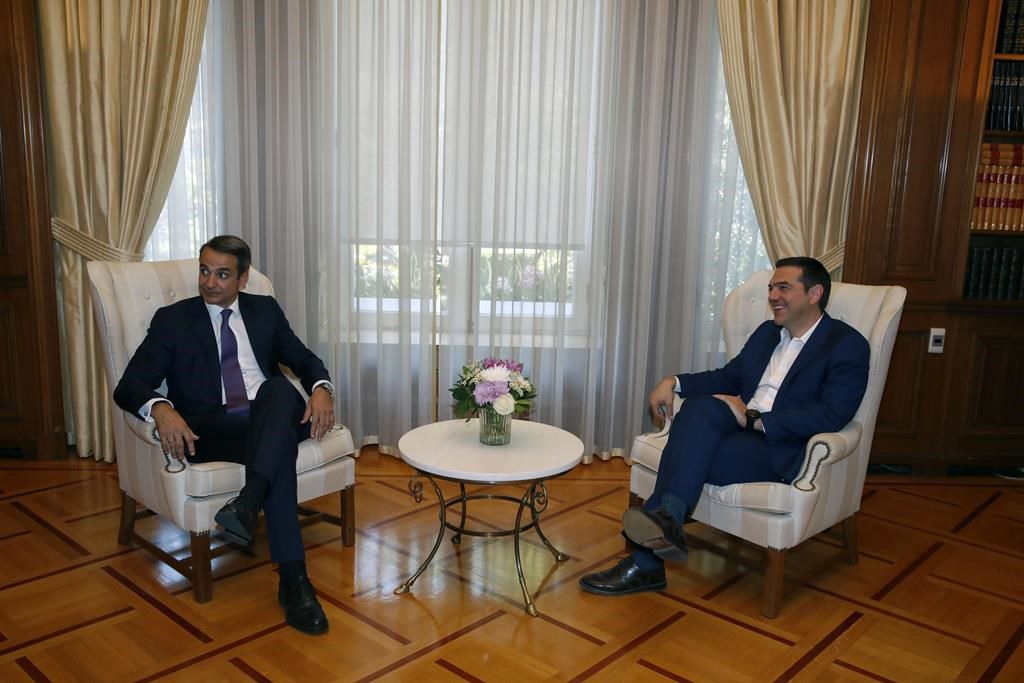 ATHENS, Greece (AP) — The leader of Greece’s main opposition party filed a no confidence motion against the government Wednesday over a wiretapping scandal that has stung the center-right ruling party ahead of elections this year.

Alexis Tsipras, leader of the left-wing Syriza party, said he submitted the motion “for the defense of democracy, transparency and justice.” He said Prime Minister Kyriakos Mitsotakis “will be forced to come to Parliament – even if he constantly wants to run away – to give explanations, to be accountable, to answer.”

Lawmakers will vote on the motion after a three-day debate which begins Wednesday evening. With 156 of parliament’s 300 seats held by the governing New Democracy party, the motion is not expected to be approved.

The wiretapping scandal broke in earnest in August last year, when a top government aide and the head of the country’s intelligence agency resigned following revelations that a Socialist politician who was later elected as head of Greece’s third largest party had been under telephone surveillance. Mitsotakis had insisted at the time that the wiretapping was legal but improper, and that had he known about it he would not have approved it.

Allegations that other senior officials, journalists and cabinet members had also been targeted with spyware that can snoop on cellphone calls, stored contacts and data, and access devices’ microphones and cameras prompted a judicial investigation.

Tsipras said Greece’s Authority for Communication Security and Privacy had confirmed, following a request he had made to it for further information, that others who had also been placed under telephone surveillance included the government’s own labor minister, the head of the National Defense General Staff, the former head of the army, a former national security adviser, and the former and current heads of defense armaments. He accused Mitsotakis of “setting up an Orwellian dystopia” and of masterminding what he called a “criminal network” running the wiretaps.

Although still ahead of Syriza in opinion polls, the Mitsotakis’ New Democracy party has seen its strong lead hurt by the scandal as well as the increased cost of living. Greece is to hold elections in the first half of 2023, although no date has yet been set.