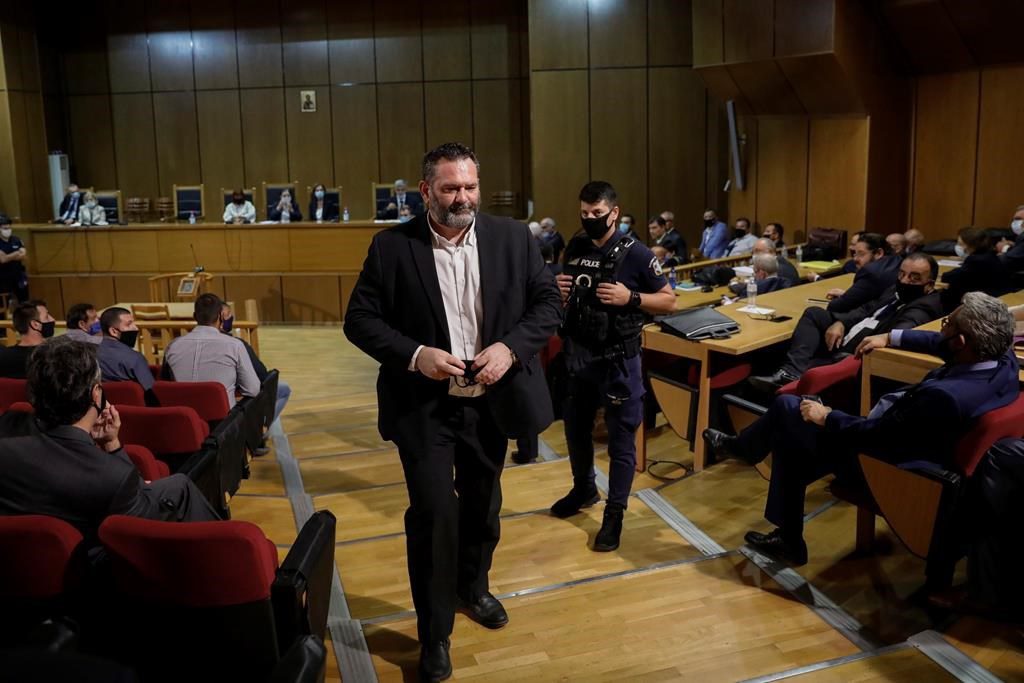 BRUSSELS â€” Belgian authorities on Tuesday took a Greek far-right member of the European Parliament into custody ahead of his likely extradition to Greece to serve a 13-year prison sentence for being a leading member of a criminal organization.

The move came after the EU assembly voted 658-24, with 10 abstentions, to remove the parliamentary protection of the deputy, Ioannis Lagos, paving the way for him to be sent back on a European arrest warrant.

Lagos has been living in the capital Brussels since a Greek court in October convicted him and 17 other former Greek parliament members from the extreme-right Golden Dawn party of leading a criminal organization, or being members in it.

"A European arrest warrant has been issued at our request and that warrant has been executed by the Belgian authorities. The matter is now in the hands of the judiciary,” Greek Police spokesman Theodoros Chronopoulos told The Associated Press.

Brussels prosecutors confirmed that Lagos had been picked up around midday and was to be brought before a judge who would decide on the next steps.

After he was detained, Lagos tweeted: "I'm in Belgian police car. The thieves, atheists and anti-Greeks want me behind bars. I remain faithful to Christ and Greece, proud never to have bowed down. Long live Greece and long live Orthodox Christianity."

Greek state TV said that officials from Europe’s police agency Europol were present at the arrest.

Golden Dawn was founded as a Nazi-inspired group in the 1980s. It saw a surge in popularity during Greece’s 2010-2018 financial crisis, gaining parliamentary representation between 2012 and 2019.

The five-year trial was launched following the 2013 murder of rapper and left-wing activist Pavlos Fyssas, who was stabbed to death by a Golden Dawn supporter.

The other convicted Golden Dawn members are already in jail, except for one who escaped and is officially a fugitive.

A French Greens lawmaker, Marie Toussaint, who chaperoned the vote through the EU parliament, said that "it was essential for the European Union to lift the immunity of Ioannis Lagos so that he can face justice in his country."

"Impunity cannot be tolerated," Toussaint said in a statement, and she warned more broadly about the dangers of hate speech in Europe and the violence it provokes.

Kantouris reported from Thessaloniki, Greece. Derek Gatopoulos in Athens, Greece, and Samuel Petrequin in Brussels contributed to this report.