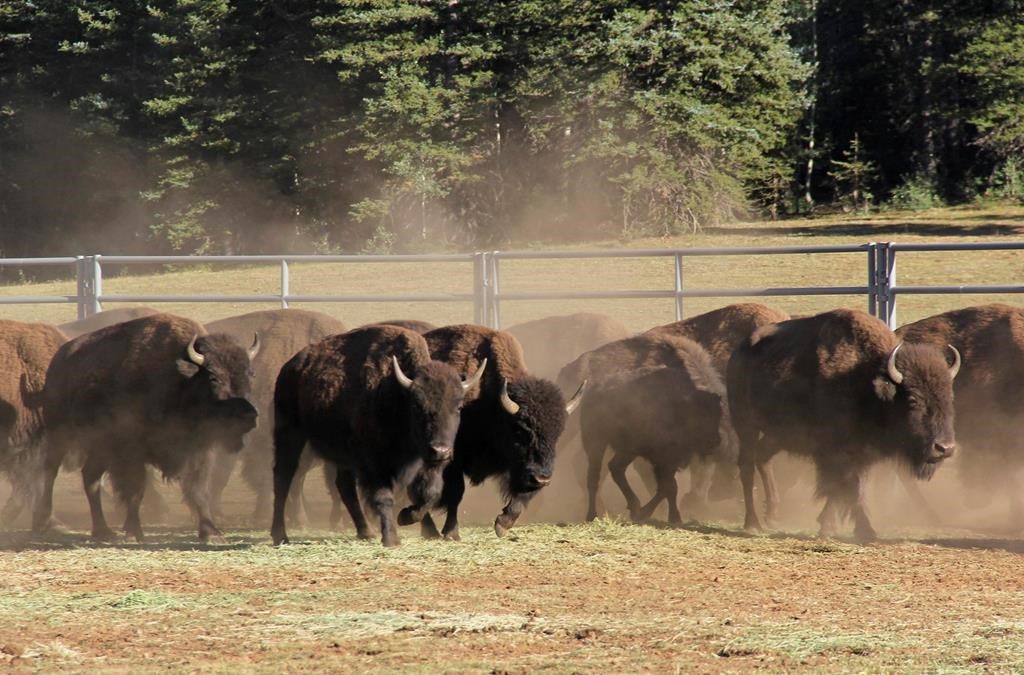 FLAGSTAFF, Ariz. â€” The National Park Service is opening a rare opportunity for skilled shooters to help reduce the number of bison roaming the far reaches of northern Arizona.

Come Monday, potential volunteers will have 48 hours to submit an application to kill the massive animals at Grand Canyon National Park this fall. Thousands of people from across the country are expected to apply. Only 12 will be chosen through a lottery system and notified in mid-May.

"It’s a unique experience and you can walk a long ways before you see one, then you gotta get a shot," said Dave Arnold, a Sun City resident and hunter who harvested a bison in 2002 in South Dakota. "That’s where the fun ends. …It’s going to be a lot of work if they get a good-size animal.”

The non-physically fit need not apply. Much of the work will be done on foot in elevations of 8,000 feet (2,438 metres) or higher at the Grand Canyon’s North Rim. Volunteers can’t use motorized transportation or stock animals to retrieve the bison that can weigh up to 2,000 pounds (907 kilograms).

Each volunteer can choose a support crew and will have to prove firearms proficiency.

Officials at the Grand Canyon say the bison increasingly have been trampling archaeological resources, creating deep ruts and wallows in meadows, and spoiling ponds. They can be hunted on the adjacent national forest, which has pushed them to make their homes almost exclusively within the Grand Canyon.

"They are very skilled climbers. They can get down in places humans can't," Grand Canyon spokeswoman Kaitlyn Thomas said.

The park service released a plan in September 2017 that called for a mix of corralling the animals near the highway that leads to the North Rim and relocating them, and for skilled volunteers to shoot.

Hunting is prohibited within national parks. But the agency has authority to kill animals that harm resources, using park staff or volunteers.

Between 300 and 500 bison are on the Grand Canyon’s North Rim. The park wants to reduce the number to 200, and it has made progress with corralling and relocating the animals.

Grand Canyon Superintendent Ed Keable revived talks over the lethal option after they had stalled. An agreement reached last year between the park and the Arizona Game and Fish Department lets each volunteer shooter keep up to one full bison. The work will happen in September and October.

Native American tribes will have a separate opportunity to become volunteer shooters, but those agreements aren’t finalized, Thomas said.

The state wildlife office will select and vet 25 applicants and forward those to the park service, which will choose 12 in a lottery. Employees of the Arizona Department of Game and Fish and the park service aren’t eligible.

Unlike hunting, volunteers won’t have to pay for a bison tag that can top $5,400 for non-Arizona residents. Shooting a bison at the Grand Canyon also won’t count against the one bison lifetime limit for hunters.

"None of the things that a person has to think about when they’re getting drawn for a regular bison hunt through the Arizona Game and Fish Department apply," said Larry Phoenix, a regional supervisor for the department.

Environmental groups have said lethal removal appeases the state wildlife agency and is far less efficient than other methods. They also contend the sound of gunshots will affect other wildlife that aren't the targets.

"It's not the appropriate way to go about this in our eyes," said Alicyn Gitlin of the Sierra Club.

Volunteer shooters must bring their own equipment and use non-lead ammunition to avoid the risk of poisoning the endangered California condor that scavenges on gut piles. The park service will provide cold storage for the work week.

Wildlife officials say shooting bison within the park should pressure the animals to move back to the Kaibab National Forest. The bison are descendants of those introduced to northern Arizona in the early 1900s as part of a ranching operation to crossbreed them with cattle and are owned by the state.

Arnold, the Sun City resident, said a few people in his sportsmen’s group have said they are interested in applying for the volunteer effort. But at 78, he won’t be a contender.

"It's going to be very appealing to some people," Arnold said. "If I was 20 years younger, I would be right there in line."