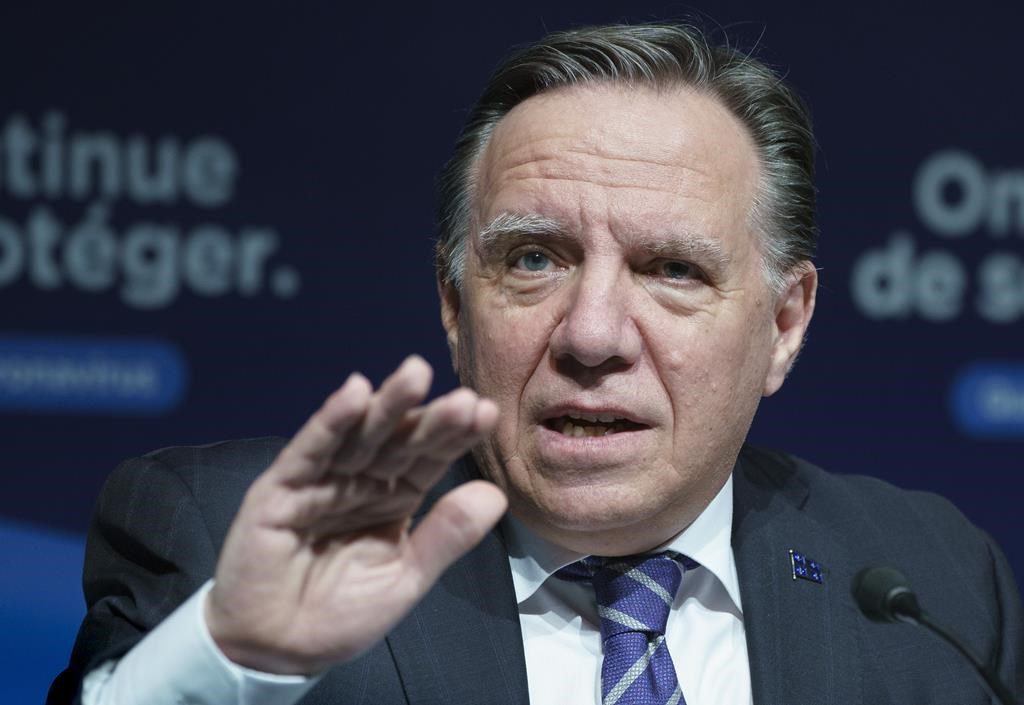 Quebec’s premier is hinting that upcoming legislation strengthening the province’s language laws will include the notwithstanding clause to protect the bill from constitutional challenges.

The notwithstanding clause â€” Section 33 of the Charter of Rights and Freedoms â€” allows governments to adopt laws that violate Canadians’ fundamental freedoms such as freedom of thought and religion.

Legault told reporters today there is a “good chance” the new language bill will include the controversial clause because a judge earlier this week struck down part of his government’s secularism law, known as Bill 21.

That law forbids public sector workers such as teachers and police officers from wearing religious symbols on the job, and it also includes the notwithstanding clause.

Superior Court Justice Marc-Andre Blanchard upheld most of Bill 21 on Tuesday, but struck down clauses pertaining to English-language school boards because they relate to minority language rights, which cannot be overridden by Section 33.

Legault is suggesting the language bill will likely include Section 33 because judges like Blanchard are interpreting the Canadian Constitution in ways that don’t reflect what the majority of Quebecers want.

“I think that, with the judgment we have this week about the Bill 21, it’s clear that the interpretation of the Canadian Constitution, that (Quebec) didn’t sign, is sometimes giving us some answers that are not representing what the majority of Quebecers want,” Legault told reporters.

Quebec Justice Minister Simon Jolin-Barrette, who is also for responsible for the French-language charter, intends to table reforms to the law, known as Bill 101, later this spring.