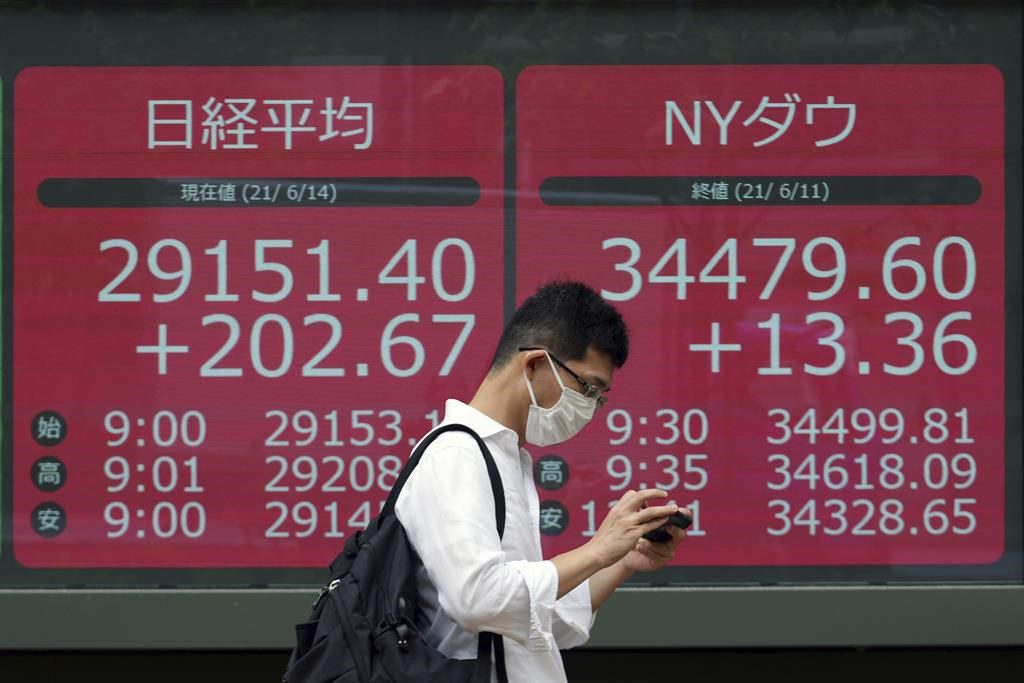 BEIJING (AP) — Global stock markets rose Monday as investors looked ahead to this week’s Federal Reserve meeting for hints of possible changes in ultra-low interest rates and other economic stimulus.

London and Frankfurt opened higher while Tokyo also gained. Markets in China and Hong Kong were closed for a holiday.

Trading has been muted as investors wait for Wednesday’s Fed meeting for signs of whether U.S. central bankers are turning more hawkish following a rise in inflation. No policy changes are expected immediately, but any shift in language in Fed comments might fuel fears bond purchases and other stimulus will wind down.

“Expectations are for the Fed to maintain its ultra-dovish policy stance and refrain from discussing any form of tapering just yet,” said Mizuho Bank in a report.

On Wall Street, futures for the benchmark S&P 500 index and the Dow Jones Industrial Average were up 0.1%.

On Friday, the S&P 500 turned in a third weekly gain after rising 0.2%. The Dow Jones Industrial Average added less than 0.1% while the Nasdaq gained 0.4%.

Fed officials say higher inflation should be short-lived. That was supported by a report last week that showed a rise in consumer prices in May was due mostly to temporary factors.

In energy markets, U.S. benchmark crude rose 51 cents to $71.42 per barrel in electronic trading on the New York Mercantile Exchange. The contract gained 62 cents on Friday to $70.91. Brent crude, the price basis for international oils, advanced 62 cents to $73.31 per barrel in London. It added 17 cents per barrel the previous session to $72.69.