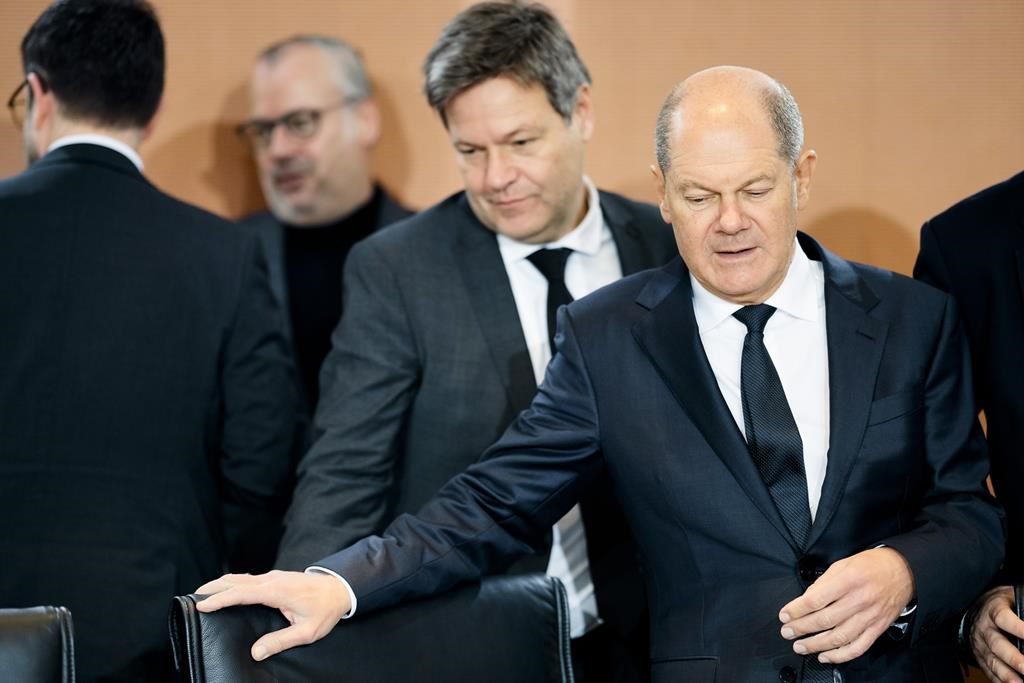 FRANKFURT, Germany (AP) — The German government on Wednesday said it expects to eke out economic growth this year instead of a decline as Europe’s largest economy manages its energy divorce from Russia and shells out support for consumers and businesses hit by higher energy costs.

The outlook improved to an 0.2% expansion from a 0.4% contraction expected in October, when Germany feared that this winter it would run out of natural gas used to power factories, generate electricity and heat homes. Warmer-than-usual weather helped, as did a scramble to line up additional supplies of liquefied natural gas, or LNG, that comes by ship instead of pipeline from Russia.

Russia’s state-owned exporter Gazprom has halted all but a trickle of natural gas to Europe as countries support Ukraine during the war. Germany, one of the countries most dependent on Russian natural gas to power its industry, had no reception terminals for LNG at the start of the year. It now has three floating terminals on its northern coast, at a cost of billions of euros.

“Today, at the start of 2023, we can state: We have made the crisis manageable,” Vice Chancellor and Economy Minister Robert Habeck said in a statement accompanying the report. “The high prices were and are a burden for private households, but we have been able to cushion the price pressure.”

Germany has introduced price caps on electricity and natural gas as part of 200 billion euros in added government spending, enabling people to buy 80% of their heat or electricity at fixed prices.

With prospects for Europe’s largest economy looking less gloomy, more economists are saying the 20 countries that use the euro currency may avoid a shallow technical recession, defined as two consecutive quarters of falling output.

But high inflation is a significant drag on growth as higher prices for food and utilities erode consumer spending power.