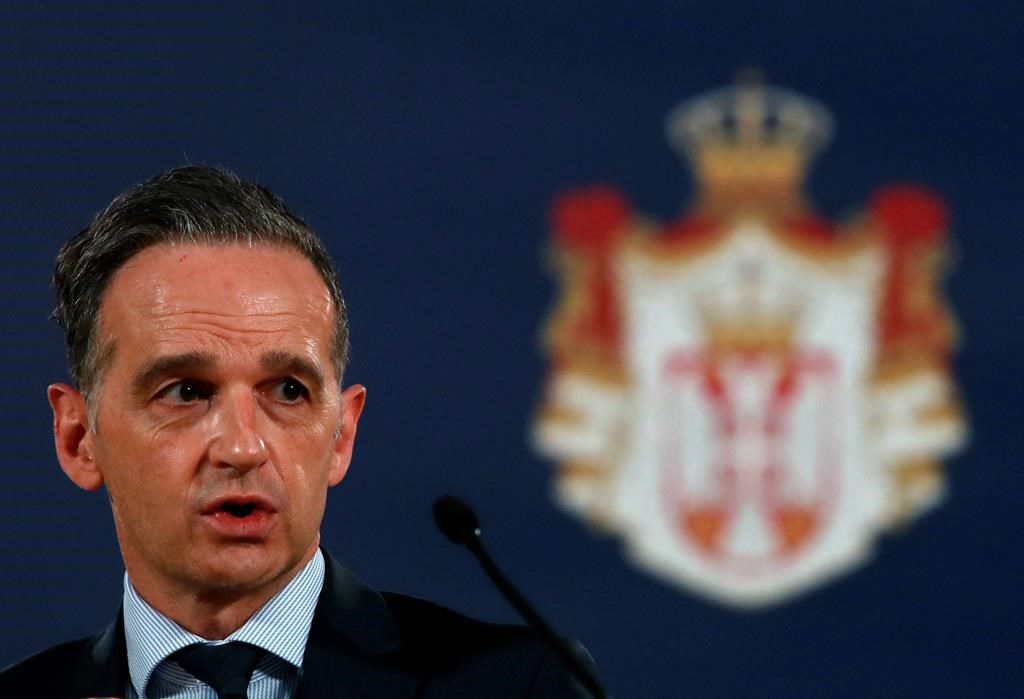 BELGRADE, Serbia â€” Germany's foreign minister called Friday for the resumption of negotiations between Serbia and Kosovo on normalizing the relations between the former war foes whose unresolved territorial dispute has stalled efforts to achieve stability in the Balkans.

German Foreign Minister Heiko Maas said during a visit to Serbia’s capital, Belgrade, that now is the "right moment" to restart the European Union-mediated talks, The negotiations have been stalled since September, in part because of the coronavirus pandemic.

"Both countries have held elections and formed governments with a stable majority," Maas said at a press conference with Serbian President Aleksandar Vucic. "It is now important…not to hold the dialogue for dialogue’s sake, but to achieve results."

The problem between Serbia and its former province Kosovo dates back to the breakup of Yugoslavia in the 1990s, when ethnic Albanian separatists seeking Kosovo’s independence and Serb forces engaged in a bloody war. Kosovo eventually declared independence in 2008.

The United States and most EU countries have recognized Kosovo as a country, but Serbia and allies Russia and China have not.

The EU has told both Serbia and Kosovo they must normalize bilateral relations to advance in their applications to join the bloc.

Serbia’s President Vucic said Friday that Belgrade is ready to "work hard" toward reaching what he described as a "compromise solution" in the dispute. He said both Serbs and Albanians need peace to achieve progress.

"We do not recognize Kosovo, but we are ready to discuss the future of the entire region in a serious and responsible way," he said.