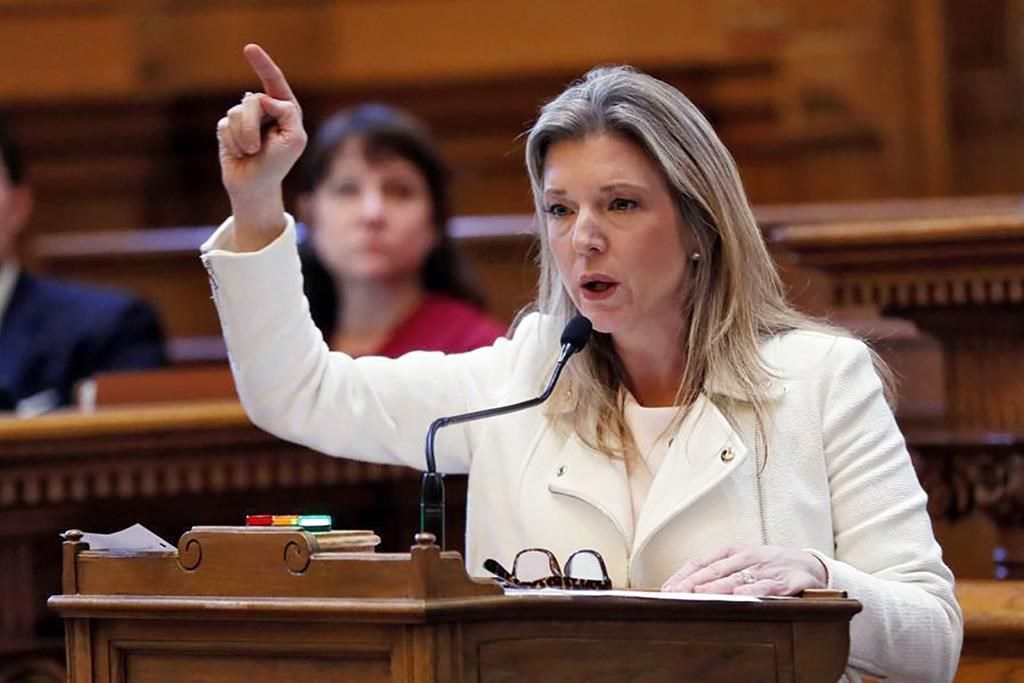 ATLANTA (AP) — For more than a decade, Georgia Democrats struggled to lure highly qualified, big-name candidates to run for statewide office. With Republicans firmly in control of all constitutional positions and the state legislature, none wanted to take the risk.

This year is different.

Boosted by significant electoral victories in the 2020 election, a near-win of the governor’s office in 2018 and rapidly changing state demographics, seven sitting Democratic lawmakers have declared candidacies for one of Georgia’s eight statewide offices — a full nine months away from the 2022 qualifying deadline.

Among them are names that have drawn national notice, including Democratic state Rep. Bee Nguyen, a candidate for secretary of state who seeks to leverage her party’s outrage over Georgia’s restrictive new voting law to raise money nationwide, and state Sen. Jen Jordan, who is running for attorney general.

“I absolutely think it is going to be a strong field,” Nguyen said. “I think we recognize we can win in Georgia. We saw it last year; we saw it in 2021.”

Republicans, who still hold all of Georgia’s constitutional statewide offices, hardly intend to concede. Most incumbents are gearing up for reelection and prominent GOP state lawmakers are also planning statewide runs.

Still, as they look to the 2022 elections, few Republicans in Georgia expect the relatively easy victories that characterized the peak of GOP ascendance in the state in the 2010s.

That’s because Georgia — as evidenced by the most recent elections — is evolving into the South’s most electorally competitive state. In November, President Joe Biden became the first Democrat to win the state’s 16 electoral votes since Bill Clinton in 1992. Democrats Raphael Warnock and Jon Ossoff then went on to win U.S. Senate seats in multimillion-dollar January runoffs that tipped control of the chamber to Democrats.

Candidates also hope to benefit from Stacey Abrams’ expected retry for the governor’s office in 2022. Abrams’ narrow loss to then-Secretary of State Brian Kemp in 2018 bolstered the party that year, as did gains in the General Assembly.

Before Biden’s victory, the last Democrats to win statewide were four incumbents who retained down-ballot offices in 2006, even as Republican Sonny Perdue swept to reelection as governor. Those victories came as voters split their tickets at a rate that has become unusual in Georgia today. Democrat Thurbert Baker won a third term as attorney general with 57% of the vote, at the same time Perdue won 58%.

But no statewide Democrats remained after the 2010 election, and the party’s candidates became less competitive over the next two cycles.

The candidates who may have been the party’s strongest challengers to GOP incumbents during that time said, ‘No, not now, I’m not going to give up a sure thing for a longshot,’” noted University of Georgia political scientist Charles Bullock.

Some who did try didn’t fare well. In 2014, the Democratic nominee for agriculture commissioner was Christopher James Irvin. Although he had huge name recognition as the grandson of a Democrat who held the post for 42 years, he raised only $52,000 compared to Republican victor Gary Black’s $1.65 million.

Abrams has yet to announce plans for 2022, but other Democrats expect her to run again. Candidates are excited at the prospect of having her and Warnock atop the party’s ticket.

“We are all sitting here waiting,” said state Rep. William Boddie, a Democrat from the Atlanta suburb of East Point who is running for labor commissioner. “She brings a lot of energy, a lot of policy initiatives and a lot of drive to push Democratic values to any ticket.”

Abrams is likely to raise a boatload of money, and some could find its way to other Democrats. Nguyen, for example, could cash in on opposition to Georgia’s restrictive new election law in her race for secretary of state.

Democrats do face challenges. Like 2010, when Democrats were swept out of statewide office, 2022 falls in a midterm year, when the party that doesn’t control the White House tends to pick up seats. With Biden in office, national gains by the GOP could drag down the state’s Democratic ticket.

“It’s not necessarily the easiest to recruit in this cycle for the constitutional offices,” said Ross Rocketto, the cofounder of Run for Something, a political action committee that recruits and trains Democrats to run for office. “People are worried that it’s not going to be that good of a year for Democrats.”

But there are other factors that could push Democratic state lawmakers to run for higher office. When the legislature redraws district lines this fall for the 2022 elections, some Democrats could find themselves with unfriendly districts. In addition, the party overall is likely to remain in the minority in both chambers.

There’s also the issue of pay. Statewide officers all make more than $120,000 a year, while state legislators make far less.

“You’ve essentially got two full-time jobs and one of them pays $17,000 a year,” Bullock said of what lawmakers earn.

Being elected statewide also gives politicians a chance to set their own agenda, instead of being one voice among 236 in Georgia’s expansive General Assembly. Jordan said that’s part of the attraction of running for attorney general, a race in which she faces 2018 Democratic nominee Charlie Bailey. The winner will likely take on Republican incumbent Chris Carr.

To ensure victory, Democrats have to make sure their supporters don’t just vote for top offices when they go to the polls, something that happened in January. Even as Warnock and Ossoff won, a fellow Democrat lost a runoff for a post on the Georgia Public Service Commission.

“Voters need to vote down the ticket, because Stacey can’t do it by herself,” Rocketto said.