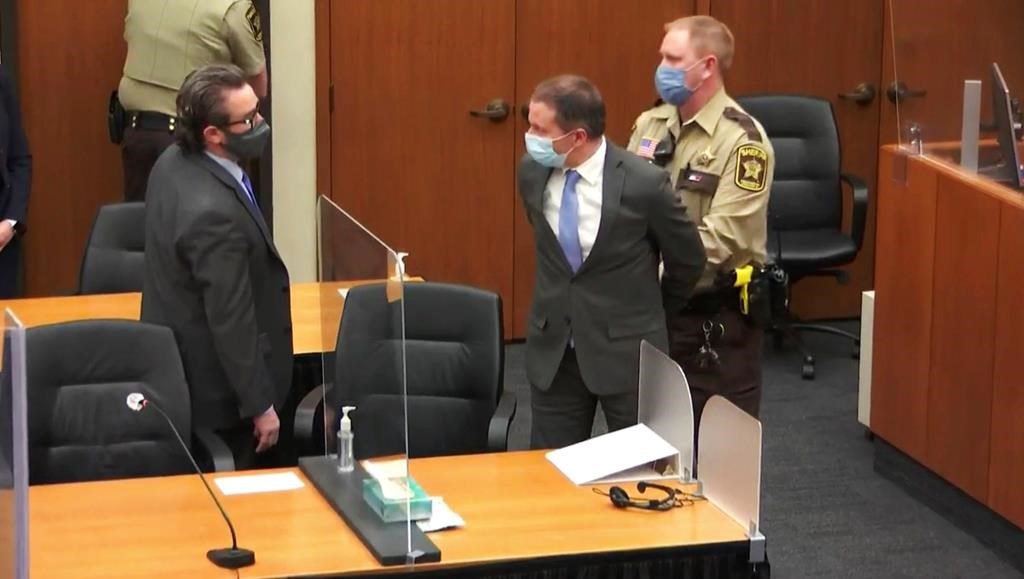 OTTAWA â€” Prime Minister Justin Trudeau is welcoming the guilty verdict against the former Minneapolis police officer whose knee to the neck of George Floyd ended in the Black man’s death last May.

Derek Chauvin was found guilty Tuesday on all three charges against him: second-degree unintentional murder, third-degree murder and second-degree manslaughter.

But he says the trial underlines how much work remains to be done to combat systemic racism.

Chauvin pinned Floyd to the ground, with his knee to his neck, for more than nine minutes, as the 46-year-old struggled to breathe and called out for his mother.

Floyd’s death sparked protests around the globe, including in Canada, where the treatment of racialized Canadians was brought into sharp focus.

“It is good news that we saw the verdict come through where people hoped it would,” Trudeau told Edmonton-based online talk show host Ryan Jespersen in an interview shortly after Chauvin was found guilty.

“But it still underlines that there’s an awful lot of work to do,” he added.

“What we saw over the course of last year with the sudden awareness by everyone of what racialized Canadians and racialized people around the world had known for far too long that systemic discrimination continues.

“The micro-aggressions, the overt racism, the challenges within our institutions and within our daily lives that exist need to be addressed.”

Trudeau said he believes anger over Floyd’s death created “huge momentum” to transform societies so that they are “fairer and more inclusive for everyone.”

“I think this was a real wake-up call for a lot of people a year ago.”