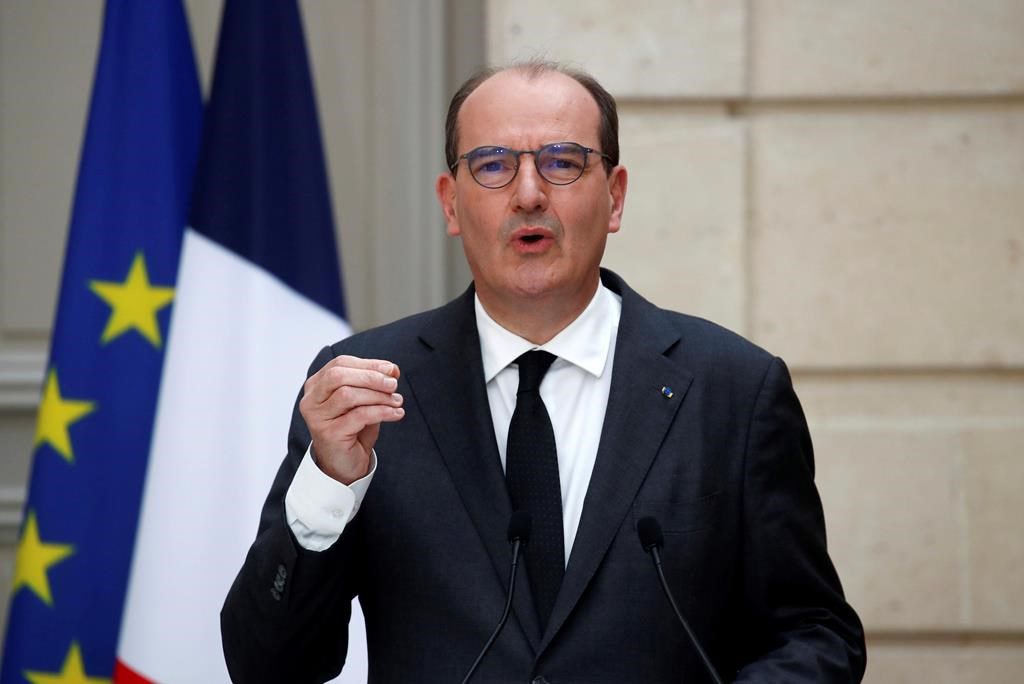 PARIS â€” French Prime Minister Jean Castex condemned on Wednesday an open letter in a right-wing magazine by 20 retired generals that raised the spectre of chaos in France and hinted the military could take action if nothing were done to prevent it.

Their "call to honour" was published a week ago in the magazine Valeurs Actuelles but gained traction after Le Pen, a candidate in next year’s French presidential election, expressed support and encouraged the letter-writers to join her National Rally party.

Defence Minister Florence Parly castigated the commentary and Le Pen on Twitter this week, before the prime minister weighed in.

Castex, speaking after a Cabinet meeting Wednesday, said sanctions could be forthcoming. Even in retirement, generals are expected to maintain the rules of silence that are a duty within the military.

In their commentary, the retired generals painted a picture of an unravelling nation that had lost its honour and risked losing itself.

"The hour is grave. France is in peril," their letter read, portraying the country as a society "disintegrating.” They listed as threats “Islamism and the hordes from the suburbs" where poverty and delinquency are high, and said anti-racism efforts could create "hate between our communities."

"Those who run our country must imperatively find the needed courage to eradicate these dangers," the commentary read, going on to state that firmly applying the laws of the land often sets things right. If not, civil war could "end the growing chaos."

Castex said Wednesday that he condemned "with the greatest firmness this initiative which is contrary to all our republican principles, to the honour and responsibilities of the army." He stressed that the retired generals “only represent themselves," not the French army.

"It might have been an insignificant affair had it not been exploited politically.â€¦How can people, and Madame Le Pen in particular, who aspires to exercise the responsibilities of the nation, condone an initiative that doesn't exclude turning against the republican state?" he said.

Le Pen's remarks carried special weight because, she could face President Emmanuel Macron if he seeks reelection in 2022. She lost to him in a 2017 runoff. After publicly agreeing with the retired generals, Le Pen, whose popularity is rising, reiterated her backing and said Tuesday she was surprised by the denunciations their statement drew.

Because they had committed themselves to France with their service, "Even if one doesn't agree with them, we owe them respect," she said on France-Info.

The generals’ statements about leaders needing to take action were ambiguous. They said they were ready to back politicians in the "safeguard of the country" and predicted that if nothing was done there would be "an explosion and intervention of our active comrades in a perilous mission to protect our civilizational values and safeguard our compatriots."

France has thousands of retired generals, so the 20 who signed off on the commentary are but a handful. A preface by the magazine stated that some 100 ranking officers and more than 1,000 other military personnel signed the letter.