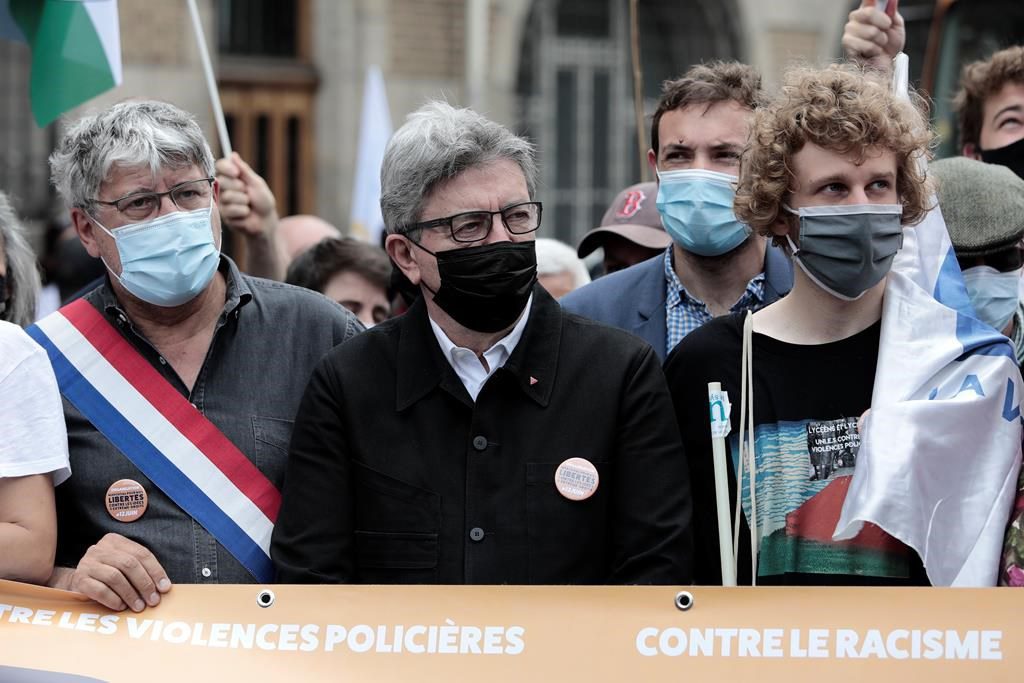 PARIS (AP) — A French far-left leader got a faceful of flour at the start of a Paris march Saturday against “the ideas of the far right,” days after the French president was slapped while greeting a crowd.

Unions, associations and leftist political parties in France have called for demonstrations around France, a week before local elections and ahead of next year’s presidential voting that is widely expected to put far-right candidate Marine Le Pen in the final round.

Lawmaker Jean-Luc Melenchon, head of the far-left France Unbowed party, was taking part in the event in Paris when he got hit with a sack of flour. Melenchon has been at the center of recent controversy for statements against Le Pen’s National Rally.

Jordan Bardella, No. 2 in the National Rally, was quick to denounce “any physical attack on elected officials.” He noted increasing tension on the political landscape.

BFMTV, who spoke with the flour-thrower, said the young man claimed he was “against the political class” in general and was not a far-right supporter.

A French court on Thursday sentenced a 28-year-old man to four months in prison for slapping President Emmanuel Macron in the face two days earlier.

On Friday, a National Front candidate in the June 12 local elections, Enzo Alias, and another activist were violently attacked in the southern town of Arles as they pasted up sposters. A video posted by Alias shows a man throwing a liquid, apparently oil, at them, then going after them with a stick. The activist suffered a broken leg, Alias said.

The left has lost its political voice amid divisions since Macron won the presidency in 2017 against incumbent Socialist Francois Hollande. Political leaders were not marching in unified ranks on Saturday.