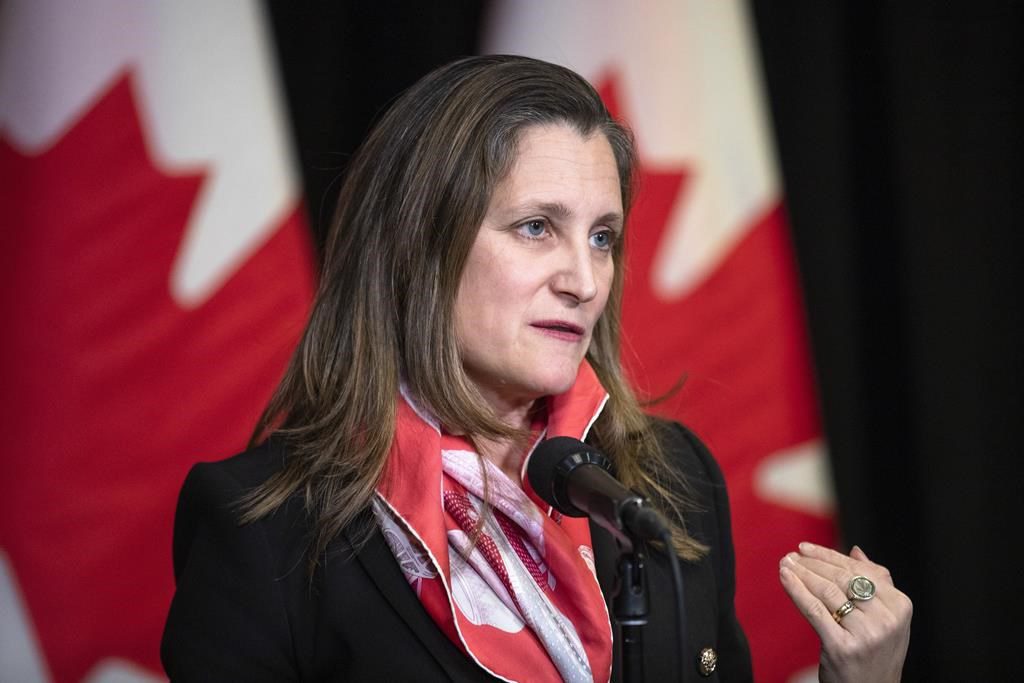 OTTAWA — The United States and Germany are taking steps to send battle tanks to Ukraine, but Canada still will not say whether it plans to make a similar move to help the war-torn country.

Foreign Affairs Minister Mélanie Joly says Canada is working with allies, but refused to say whether that means sending along battle tanks to Ukraine.

The Associated Press reports U.S. officials saying that Washington is set to approve sending M1 Abrams tanks to Ukraine to help that country fight back Russia, while Germany announced it will approve a request from Poland to send Leopard 2 tanks to Ukraine.

But Freeland told reporters at a cabinet retreat in Hamilton today that Ukraine winning the war with Russia would boost the global economy.

The Canadian Army has 112 Leopard 2 tanks and some analysts say Ottawa can only provide an inconsequential number without undermining its own training and operational needs.