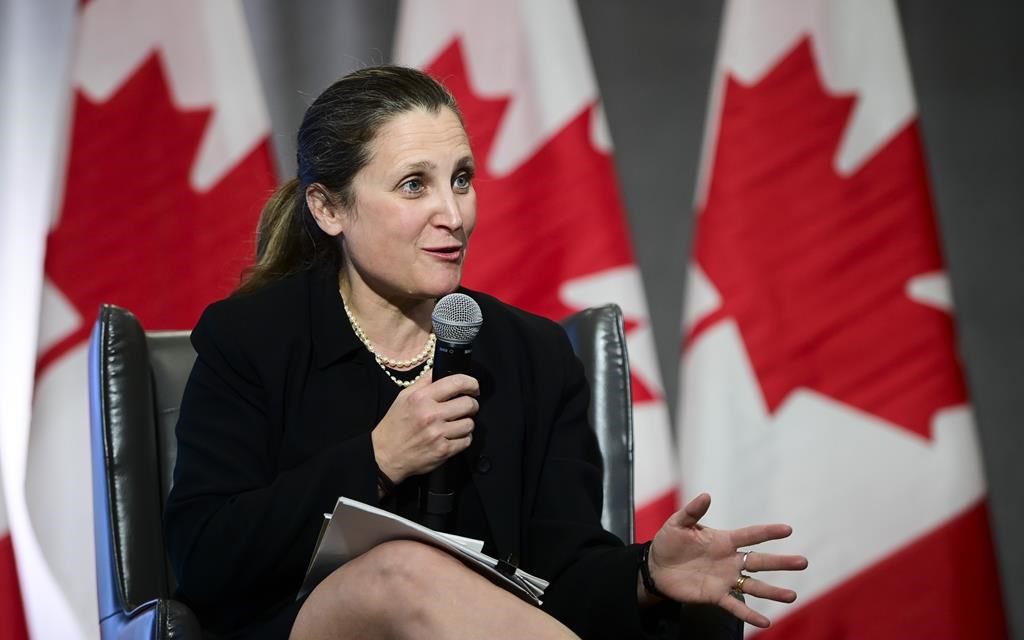 OTTAWA — Finance Minister Chrystia Freeland says the government will voice its concerns about Air Canada doling out millions in bonuses to its executives as the company was negotiating a federal bailout.

Freeland says she is disappointed there are some businesses that seem not to be behaving as responsible corporate citizens while receiving taxpayer-funded federal aid to survive the pandemic.

In April, the airline and government agreed to a $5.9 billion loan package that includes money to help refund passenger tickets, but also capped executive compensation at $1 million until 12 months after the loan is fully repaid.

The government also paid $500 million for a six per cent stake in the country’s biggest airline, which Freeland says was done to ensure taxpayers could benefit once Air Canada’s revenue rose once regular travel resumed.

Air Canada disclosed in its annual proxy circular to shareholders that it gave $10 million in bonuses to people the investor called instrumental to the airline’s survival over the past year.

Freeland made the comments during a call with reporters where she outlined the details of a new federal program to help eligible companies rehire laid-off staff by underwriting part of the payroll.