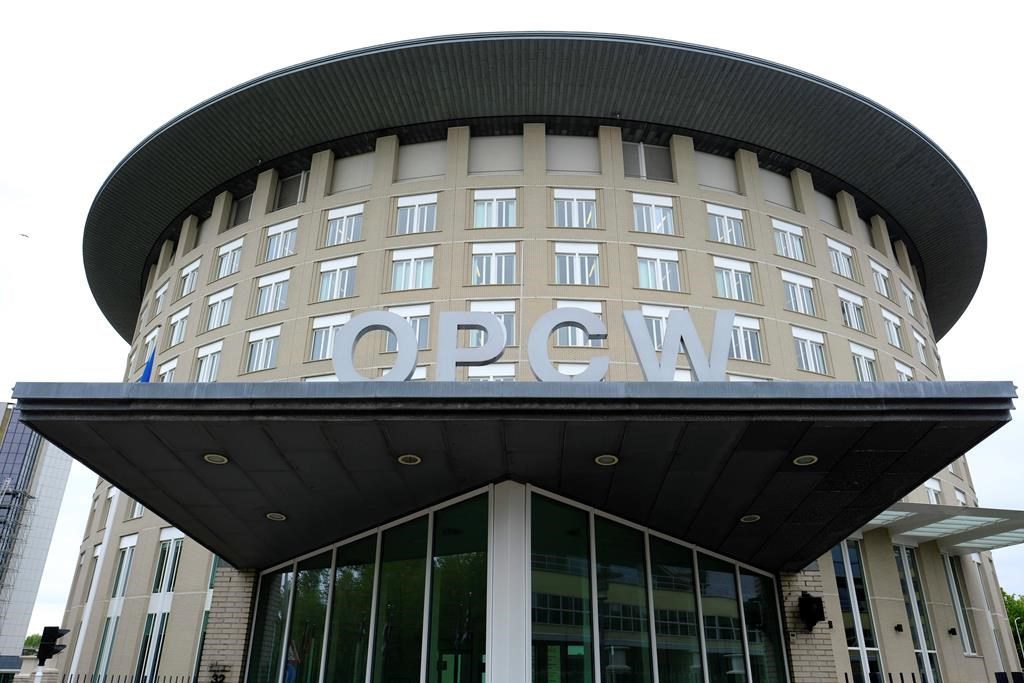 THE HAGUE, Netherlands â€” A group of 46 nations called Tuesday on member states of the global chemical weapons watchdog to diplomatically rebuke Syria for using toxic gas and nerve agents in the country’s decade-long civil war.

French Ambassador Luis Vassy proposed stripping Syria of its voting rights at the annual meeting of members of the Organization for the Prohibition of Chemical Weapons.

"We owe this to the Syrian people," Vassy said.

The proposal, which has support from countries that include the United States, Britain, Canada and Australia, is expected to be put to a vote Wednesday morning.

Vassy said Syria’s use of prohibited chemical weapons was "irrefutable," and he urged OPCW member states to back his attempt to strip Damascus of its rights, saying "we cannot let indifference win."

Syria, which joined the organization in 2013 after being threatened with airstrikes in response to a chemical attack on the outskirts of the country’s capital, denounced the move as a "propaganda tool" and denied using chemical weapons.

Damascus’ staunch ally, Russia, also condemned the proposal, with Ambassador Alexander Shulgin saying it violated the Chemical Weapons Convention and turns the OPCW into "an instrument of political pressure on behalf of the U.S. and their allies against those states that are disagreeable to them."

The U.S. permanent representative to the OPCW, Joseph Manso, rejected that claim, saying Damascus "is facing accountability because Syria has clearly and repeatedly violated its obligations under the convention."

After joining the OPCW, Syria declared its stockpile of chemical weapons and precursor chemicals, which were then removed from the country. Questions have remained, however, about chemicals and production facilities that may not have been identified.

An investigation mechanism set up by the OPCW has twice blamed Syrian government forces for chemical attacks.

The team found last year reasonable grounds to believe that the Syrian Arab Air Force was responsible for attacks using chlorine and the nerve agent sarin in March 2017 in the town of Latamneh.

The investigative team was established after Russia blocked the extension of a joint investigation mechanism set up by the United Nations and OPCW in 2015. That team accused Syria of chemical weapons attacks, including unleashing sarin in an aerial attack on the town of Khan Sheikhoun in April 2017 that killed about 100 people.

Meanwhile, a group of Syrians living in Sweden have joined with an international human rights organization to file a criminal complaint against the Syrian government for war crimes and crimes against humanity.

In a statement, they said the government used sarin gas against civilians in 2013 and 2017 and that "hundreds were killed and many more received serious injuries, including children."

"The government has strategically used chemical weapons as a tool to wear out the civilian population living in opposition-controlled areas and to suppress any resistance against the regime," said Aida Samani, a legal adviser at Civil Rights Defenders. "It is unacceptable that those responsible for these heinous attacks are enjoying absolute impunity."