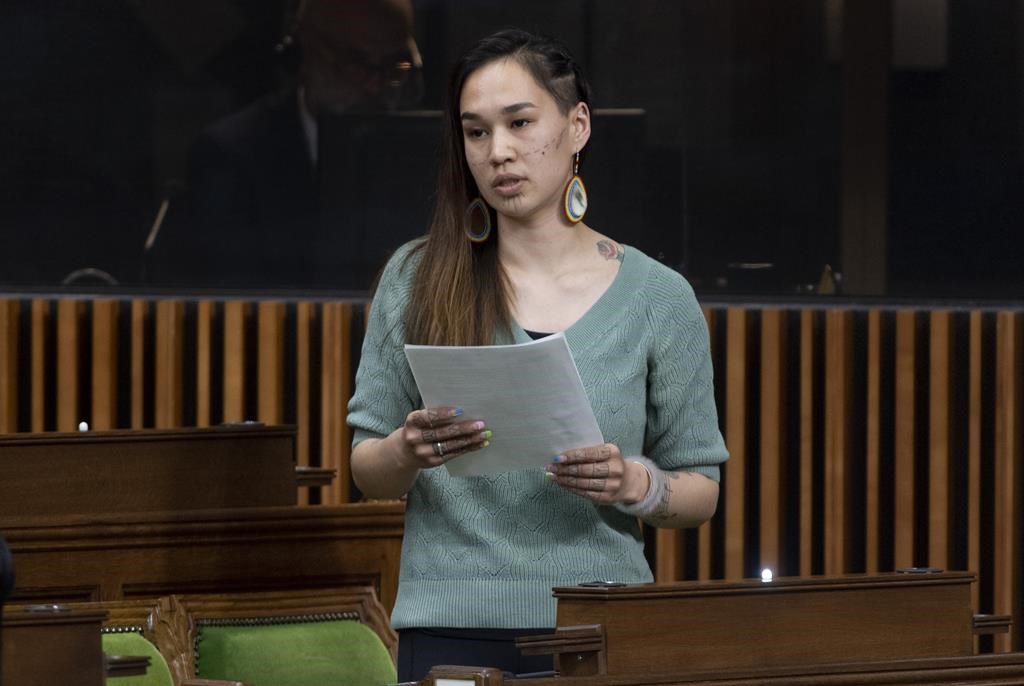 OTTAWA — In the wake of the tragic discovery of an unmarked burial site in Kamloops, B.C., the Liberals are facing tough questions about ongoing harms being suffered by Indigenous children in the child welfare system — a system an Inuit MP says is no different than residential schools.

Mumilaaq Qaqqaq, who represents Nunavut, says she has seen far too many friends and Inuit in her territory dying by suicide and children being taken from their homes and placed in the child welfare system.

That’s why she says foster care is the new residential school system and the suicide epidemic is the “new form of Indigenous genocide.”

Prime Minister Justin Trudeau and several of his cabinet ministers acknowledged today that First Nations, Inuit and Métis children are indeed still being taken from their families in disproportionately high numbers and placed in foster care.

Trudeau called this an ongoing “unacceptable” reality that needs to stop.

Trudeau and his ministers say they are trying to empower Indigenous communities to take advantage of legislation they passed in 2019 aimed at giving First Nations control of their own child welfare systems to keep at-risk children in their home communities, centred in their own language and culture.

Indigenous Services Minister Marc Miller says he knows Ottawa’s Indigenous child welfare legislation has not stopped First Nations children from being placed in foster care — a problem he rested in part at the feet of provincial systems that he says are still far too focused on intervention over prevention.

Crown-Indigenous Relations Minister Carolyn Bennett says the removal of Indigenous children from their parents and their placement in homes away from their communities is “harmful” and a “present danger to children” and stressed that Ottawa wants this practice stopped.