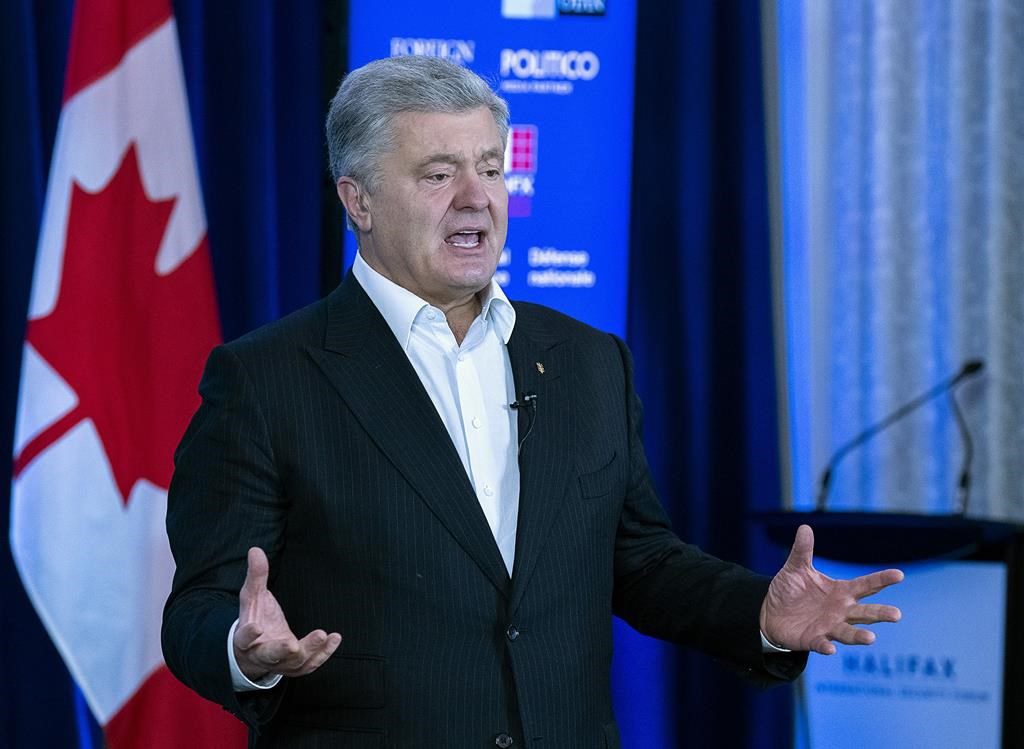 HALIFAX — A former president of Ukraine says there can only be peace in his country through victory on the battlefield.

He says Putin only understands strength and the unity of those opposed to his actions in Ukraine.

He also facetiously described the response of Ukrainian armed forces as a form of negotiation with Russia that has been playing out since the Feb. 24 invasion got underway.

He says Ukraine continues to need financial help from countries such as the United States to win the war, otherwise he says costs will be much higher in battling the global instability that would follow a potential defeat.

Poroshenko, who was president from 2014-2019, assured the forum that political leaders in Ukraine are united in wanting a military victory.