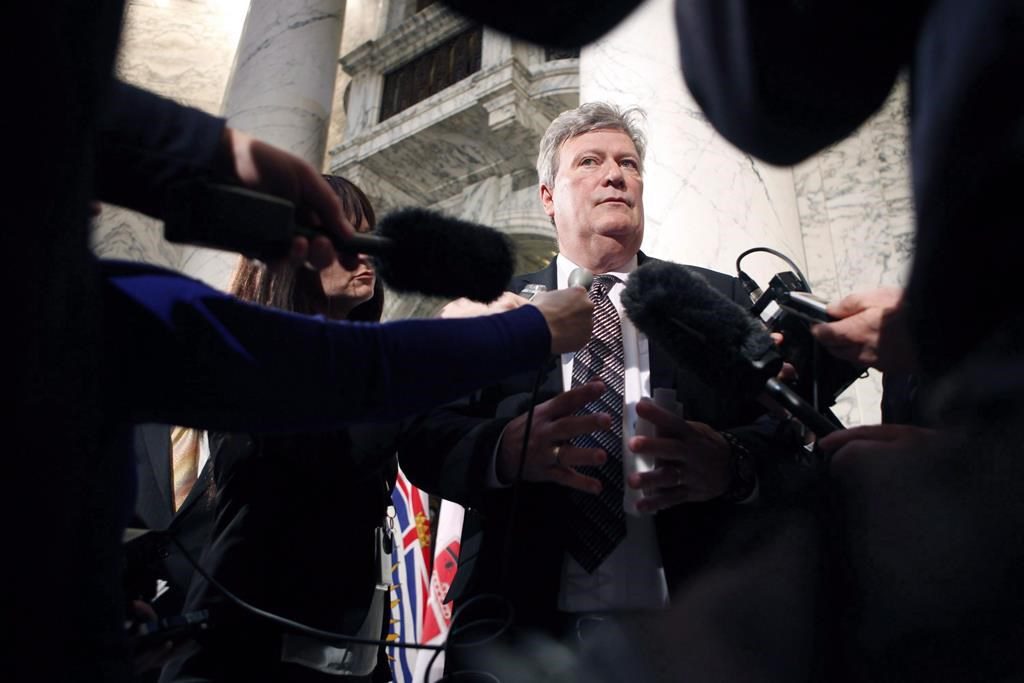 VANCOUVER â€” A former B.C. Liberal cabinet minister who was responsible for gaming for more than a decade is scheduled to testify today at the public inquiry into money laundering.

Rich Coleman, a six-term former member of the B.C. legislature and deputy premier, is the latest of several high-profile past and current politicians to appear before the Cullen Commission in recent days.

Former premier Christy Clark recently testified at the inquiry, as did current Opposition Liberal MLAs Shirley Bond and Mike de Jong, both of whom were previous ministers in charge of gaming.

B.C. Attorney General David Eby, who served as gaming minister when the New Democrats formed government in 2017, testified earlier this week about watching video of gamblers arriving at casinos with bags of suspicious cash.

The inquiry has heard previous testimony from former gaming investigators who raised concerns to Coleman about suspicious cash at casinos and the possible links to organized crime and money laundering, but they said little was done.