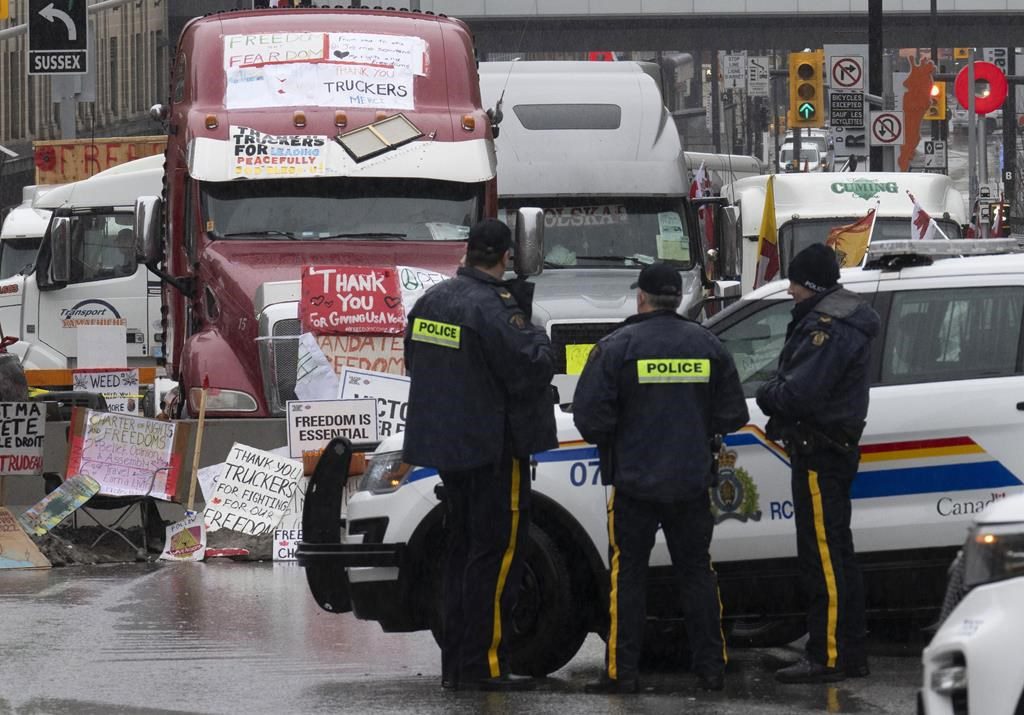 OTTAWA — Day 24 of the Public Order Emergency Commission will hear from the former head of the Canada Border Services Agency and senior Transport Canada officials.

The public inquiry is investigating the federal government’s first-ever use of the Emergencies Act in mid-February after nearly three weeks of protests against COVID-19 restrictions that had gridlocked downtown Ottawa and inspired border blockades elsewhere.

The act, which came into law in 1988, allowed the government to provide police with extraordinary powers to resolve an emergency situation, and required that a public inquiry be stood up to investigate the decision.

The legislation says a public order emergency is one that comes from a “serious threat to the security of Canada, as defined by the Canadian Security Intelligence Service Act.”

John Ossowski, the former head of the CBSA, and two Transport Canada officials are expected to testify today.

Hearings in the public inquiry began in mid-October and are expected to conclude at the end of next week, with a final report due to Parliament in February.