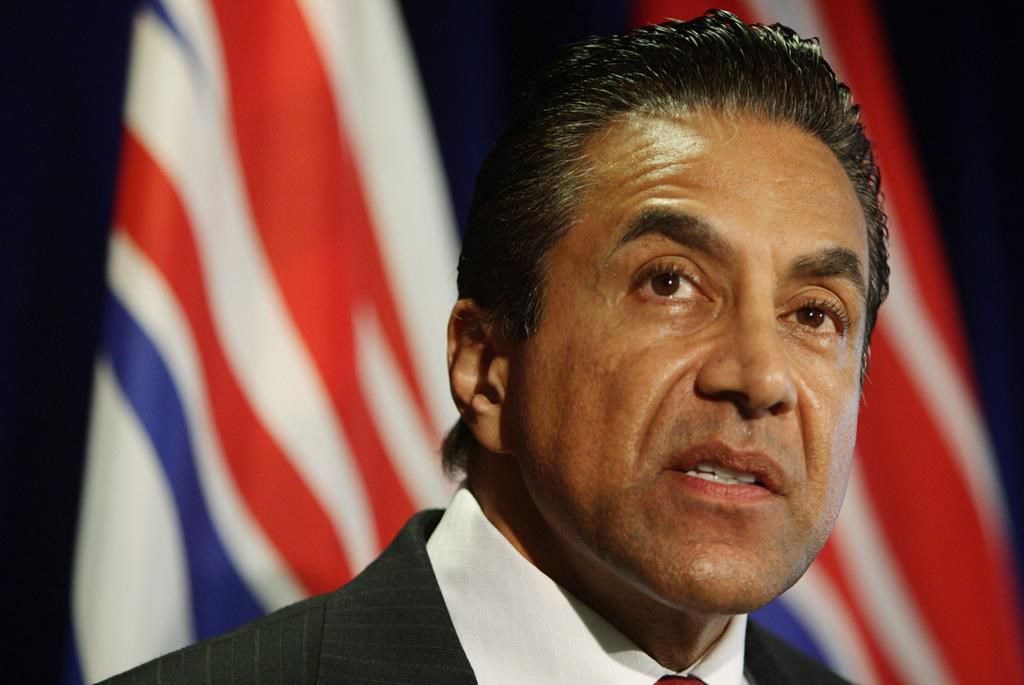 VANCOUVER â€” A former British Columbia cabinet minister and police chief will be the latest high-profile politician to testify today at the public inquiry into money laundering.

Kash Heed, who was B.C.’s solicitor general and the police chief for West Vancouver, has been linked in earlier testimony at the commission by a former gaming investigator.

Ex-Mountie Fred Pinnock testified last fall that he met with Heed in 2009 shortly after he was appointed solicitor general to raise concerns about large amounts of suspicious cash likely linked to organized crime at B.C. casinos.

Pinnock, who was led the RCMP’s integrated illegal gaming enforcement team, said he was shocked when Heed told him the gaming minister at the time, Rich Coleman, was more concerned about making money for the government than fighting casino crime.

But after being questioned last November by a lawyer acting for Heed, the former gaming investigator agreed that memories fade over time, although the essence of his conversation with Heed remains.

Coleman testified earlier this week that he never put gaming profits ahead of fighting crime at casinos.

This report by The Canadian Press was first published Monday, April 30, 2021.