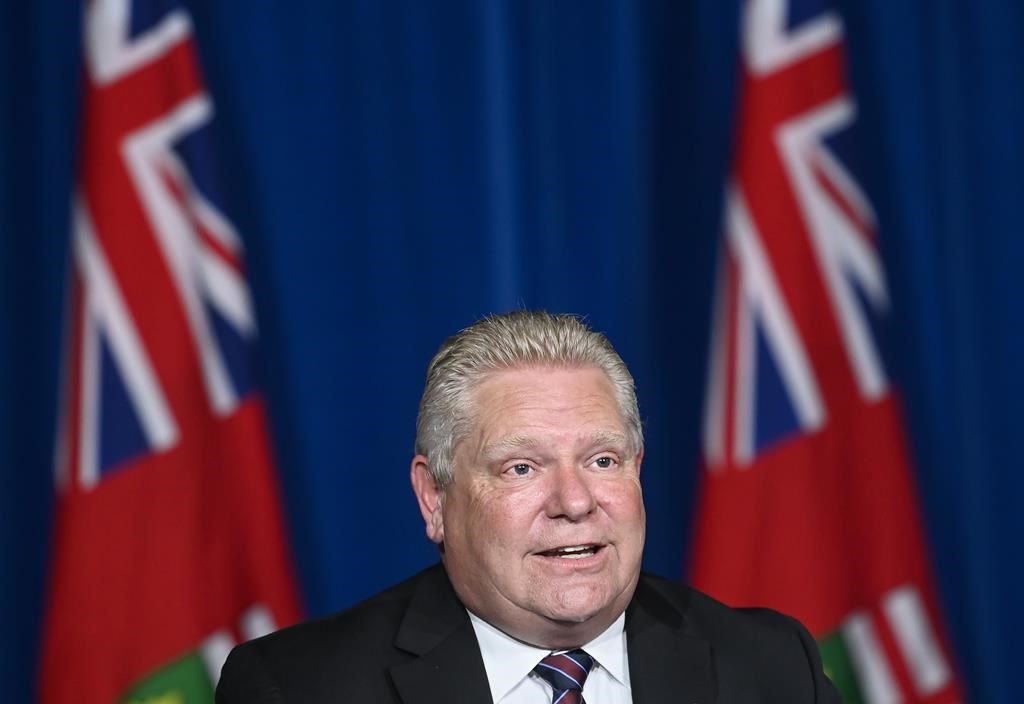 TORONTO — Representatives have returned to Ontario’s legislature for an emergency weekend debate on election finance law with implications for free speech that experts warn may backfire on Premier Doug Ford’s government.

Debate was scheduled to start overnight into Saturday morning and continue over the next several days on the bill tabled this week using the notwithstanding clause — the rarely-used constitutional tool that allows legislatures to override portions of the charter of Rights and Freedoms for five years.

Unions have said the rules infringe on their rights to free speech. The Progressive Conservative government has argued the changes are necessary to protect elections from outside influence, but critics have been quick to label the move a power play aimed at silencing opposition ahead of next June’s election.

“It basically affects all the rest of us, all the people and groups who are not actual political parties,” she said in an interview.

Jeffrey Dvorkin, a senior fellow at the University of Toronto’s Massey College, said there are also press freedom issues at stake.

News outlets often rely on the excess revenue from advertisements during elections, he said, and the changes to the Election Finances Act threaten that income stream.

“It’s dangerous politically, and it’s dangerous for a free media,” Dvorkin said. “It actually really has a lot of damaging consequences for the state of a healthy and independent media landscape, and I don’t think the government has considered this.”

At the heart of this weekend’s debate is an effort to balance free speech and fair access to political expression, de Clercy said, describing them as complicated issues that Canadian governments and courts have grappled with before.

It’s not usual for courts to find legislation unconstitutional and for governments to respond by re-drafting laws or appealing decisions, but de Clercy said Ford’s drastic methods — of using the notwithstanding clause and holding an emergency weekend debate to get it done quickly — stand out.

Andrew McDougall, a political science professor at the University of Toronto, said use of the notwithstanding clause is not a politically smart move because the baggage behind the measure often overpowers discussion about other issues.

“As soon as you use the nuclear option of the notwithstanding clause, it changes the entire tenor of the debate to one about civil liberties and how they can be limited, and that’s not a great message generally,” he said.

Experts agree that using the notwithstanding clause to push the legislation through will be unpopular. But since Ford’s government holds a majority, it’s likely to pass after the weekend of debate unless public pushback grows too strong.

De Clercy noted that Ford appears genuinely worried about third party influence, to the point that he’s willing to face the public after using such an unpopular legislative tool to push through a law deemed unconstitutional. However, she said his methods might contribute to the very problem he hopes to avoid.

“In the very act of trying to perhaps control third party voices against him, he may actually generate more opposition than he can squash,” she said.

McDougall said the government also runs the risk of drowning out news stories that might reflect well on them, such as improvements in COVID-19-related trends and the first stage of the province’s economic reopening plan, which took effect on Friday.

“Instead of having that story, we’re going to have a discussion about civil liberties, which may not be the best political spin for them right now,” McDougall said. “It’ll be interesting to see how this debate plays out on their numbers.”

Opposition parties have acknowledged that they have limited options for fighting the bill. They began on Thursday by introducing motions on other issues to drag out the process, and have called on Ontarians to voice their concerns.

The vice president of the Elementary Teachers’ Federation of Ontario, which was involved in the original court challenge, said on Friday that the union was looking into its legal options.

Karen Brown said at a news conference that no matter the outcome of the marathon weekend debate, voters can still mobilize against the government next June.

“Ford can pass legislation that tramples on our democratic Charter rights, but he will not silence us,” she said. “We can replace this government.”