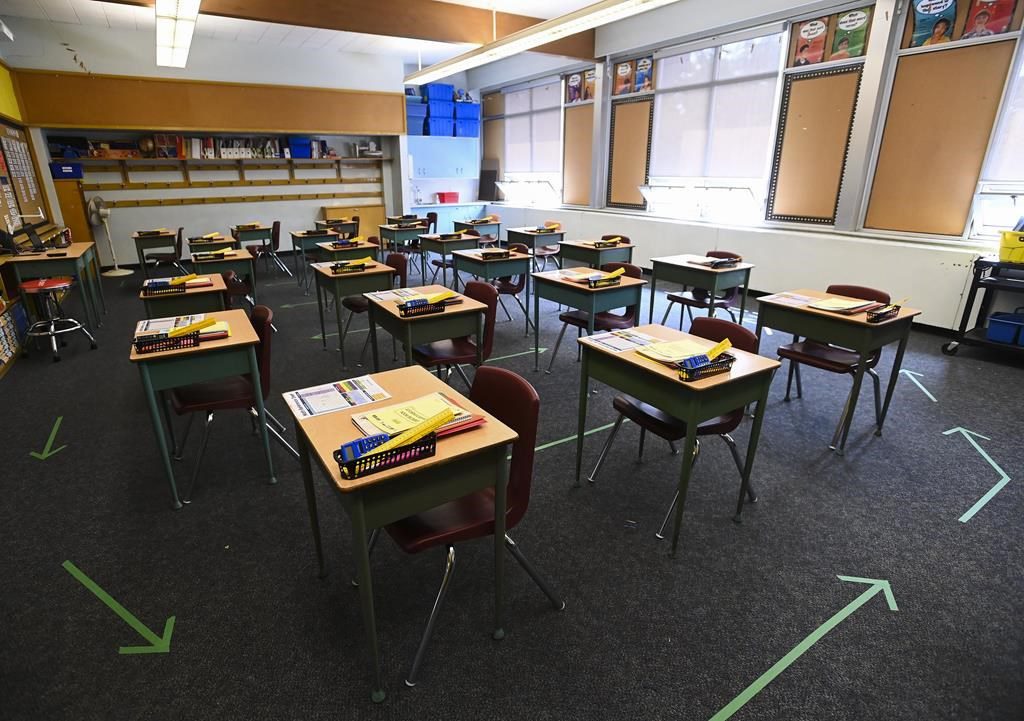 TORONTO â€” The Ontario government has voted against a series of Opposition motions aimed at supporting essential workers, including one that sought to create a provincial paid sick-leave program.

NDP Leader Andrea Horwath presented the motions – which required unanimous consent of the legislature to pass – during a session today.

She called on Premier Doug Ford’s Progressive Conservatives to pass the sick-leave motion, but the government voted against the measure.

The province has thus far rejected calls for a provincial program saying it would be needless overlap of federal supports.

Advocates have been calling on the province to bring in paid sick leave for months, saying it would help support essential workers during the pandemic.

The NDP also presented a motion to implement a full shutdown of non-essential businesses with high rates of COVID-19 and another to further roll back some pandemic enforcement powers granted to police Friday.

Those motions were also rejected by the government.

Ontario reported 4,447 new cases of COVID-19 on Monday and 19 more deaths linked to the virus.

The data is based on nearly 42,900 tests completed.

The Ministry of Health reported that 2,202 people are hospitalized due to COVID-19, although it noted that more than 10 per cent of hospitals did not submit data.

There are 755 people in intensive care units and 516 on a ventilator.

The provincial government announced the move to remote learning early last week as it dealt with a surge in COVID-19 cases and hospitalizations.

It also announced a suite of new measures meant to curb the spread of COVID-19, including limiting interprovincial travel.

Checkpoints have been set up at interprovincial border crossings and only those coming into Ontario for work, medical care, transportation of goods and exercising Indigenous treaty rights are allowed through.

The province held firm to that measure over the weekend, despite walking back other public health rules that were announced at the same time.

Ford on Saturday reversed his decision to shutter playgrounds, following a swift backlash from parents and public health experts who said the move was unlikely to curb the spread of COVID-19 as evidence suggests most transmission happens indoors.

On Saturday the province also quickly rescinded new powers given to police officers, saying officers will no longer be able to stop any pedestrian or driver during the stay-at-home order to request their home address and their reason for being out of the house.

Instead, police must have “reason to suspect” that a person is out to participate in an organized public event or social gathering before stopping them.