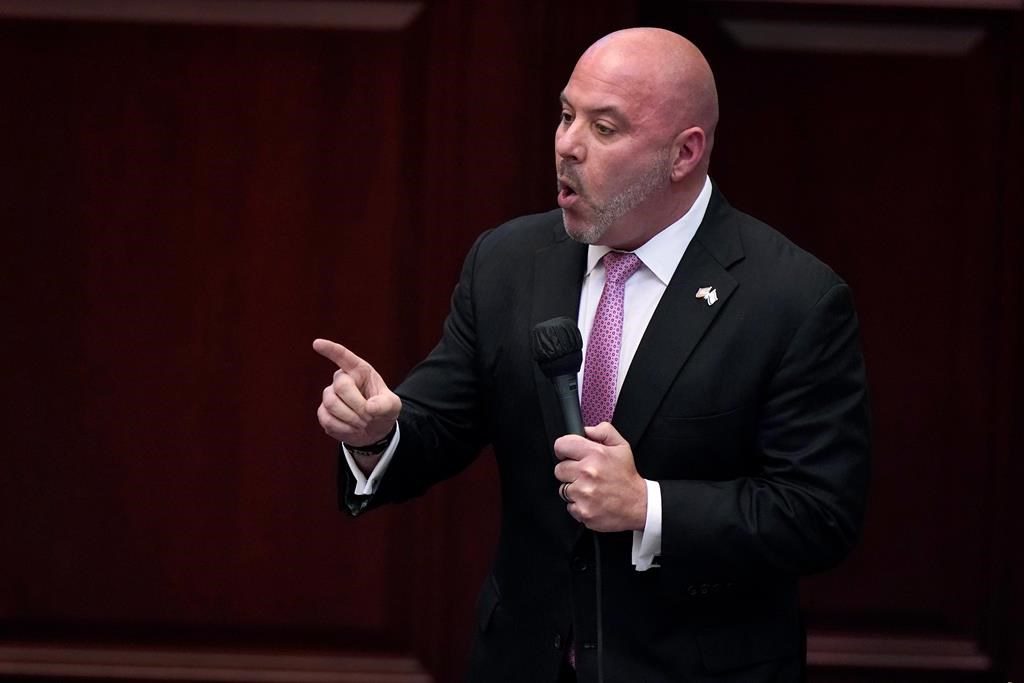 The bill now heads to Republican Gov. Ron DeSantis, who just months ago touted the efficiency and security of the presidential election in one of the nation's most politically important states. He is expected to sign it.

Republicans said the legislation, passed on a party-line vote, was needed to guard against fraud, after former President Donald Trump made unfounded claims that the presidential election was stolen from him. Democrats said the move is a partisan attempt to keep some voters from the ballot box.

Much of the debate focused on vote-by-mail ballots and how they are collected and returned.

If the bill is signed into the law, drop boxes would only be available when early voting sites are open. In some counties, voters could use the drop boxes at any time of the day to submit their completed ballots.

Additionally, those drop boxes would have to be supervised by elections officials.

Another focus is on voting by mail, including the use of drop boxes and so-called "ballot harvesting." The latter is a practice Republicans have long sought to limit because of their worry that outside groups could tamper with the completed ballots they collect.

The measure was far different from some of the more severe measures proposed initially, including an outright ban on ballot drop boxes and a requirement to present identification when dropping off those ballots.

Still, Democrats had Georgia on their minds in decrying the rule changes that remained, including a prohibition against groups that distribute food and water to voters waiting to vote â€” although the prohibition would not apply to elections officials.

"We've never said that any non-profit organization was trying to influence folks," said Rep. Blaise Ingoglia, a Republican who helped secure the bill's passage. "What we're saying in the bill is that the intent of the no-solicitation zone in that language is to make sure that nobody is trying to influence the vote while they are in line."

Georgia's sweeping rewrite of its election rules has prompted alarm among Democrats and voting rights advocates in Florida and elsewhere, who object to new identification requirements that critics said would make once-routine changes to voter registration information more inconvenient.

"We had, as our the Republican governor said, one of the best operated elections in the country, and yet today, the majority party through last minute manoeuvrs passed a voter suppression bill mimicking what took place in Georgia," said Democratic Rep. Anna Eskamani.

Not long ago, Republicans had the upper hand on voting by mail. But Democrats worried that the coronavirus pandemic would keep voters from casting on election day, prompting the party to make an aggressive push to get people to vote early, particularly by mail.

More than 11 million Floridians cast ballots in the November elections, with 4.8 million voting by mail â€” a record number that accounted for about 44% of the votes cast statewide. Trump still carried Florida by about 3%, but the Democratic advantage in absentee voting prompted worry among many Republicans.