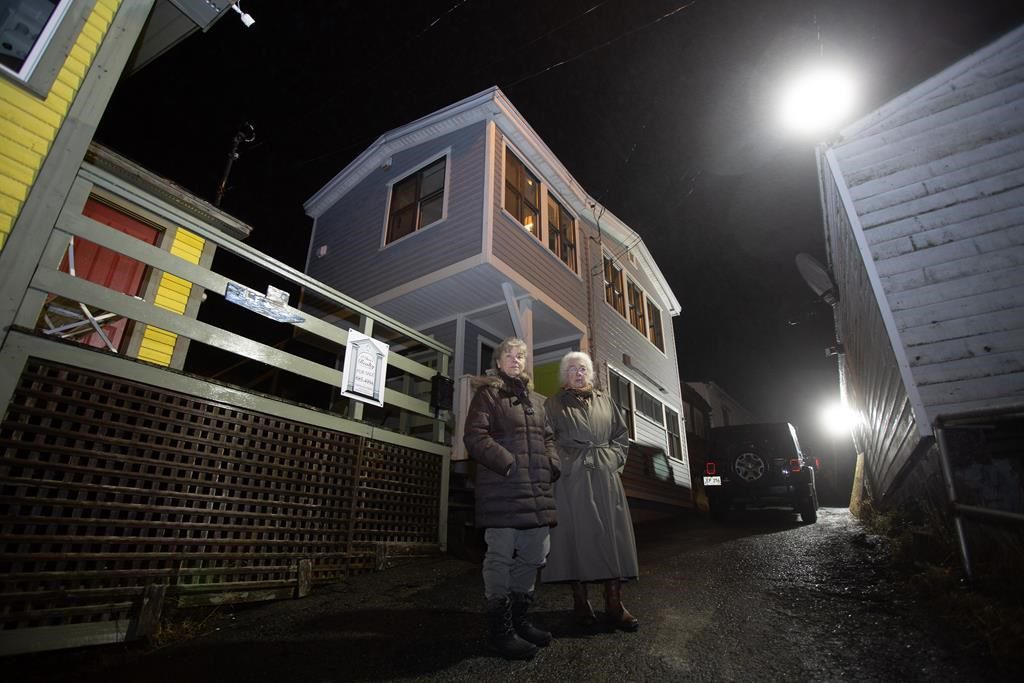 ST. JOHN’S, N.L. — Residents of a historic fishing neighbourhood in St. John’s say they’ve been abandoned by city council to cope with floodlights shining all night into their homes.

Judy Adler says the powerful lights mounted along a narrow local road shine directly into her bedroom, keeping it lit all night despite the multiple curtains and shades hanging over the windows.

Adler said in an interview that the light has affected her sleep and mental health, adding that she’s disappointed and dumbfounded by the city’s repeated claims that it can’t do anything to change the situation.

The lights were installed last spring on a shed owned by Colin Way, who is facing charges of extortion and mischief in connection with his use of the floodlights.

Way’s lawyer, Bob Buckingham, says his client looks forward to challenging the complaints. Buckingham says he can’t comment further as the matter may wind up in provincial Supreme Court.

The Outer Battery neighbourhood is perched in the cliffs along the St. John’s harbour, and its colourful homes and fishing stages are often featured in tourism ads.