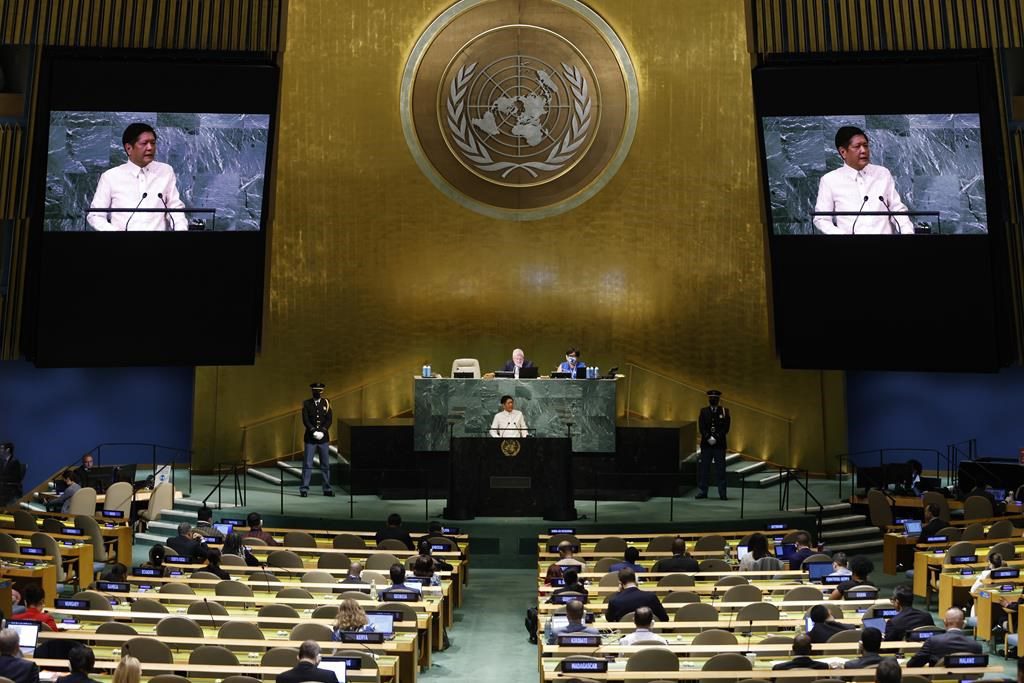 MANILA, Philippines (AP) — Survivors of torture and other atrocities under Philippine dictator Ferdinand Marcos on Wednesday marked his martial law declaration 50 years ago by pressing their demand for justice and apology from his son — now the country’s president in a stunning reversal of fortunes for the once reviled family.

Activists held street protests, a musical concert and unveiled a documentary at the state-run University of the Philippines. They say the manifestations were aimed at preventing a repeat of the abuses and plunder that began after Marcos imposed martial law in the Philippines in September 1972, a year before his term was to end.

The dictator was ousted in an army-backed “People Power” uprising in 1986 and died three years later in U.S. exile without admitting any wrongdoing, including accusations that he, his family and cronies amassed an estimated $5 billion to $10 billion while he was in power.

His son, Ferdinand Marcos Jr., who took office in June after a landslide electoral victory, delivered a speech at the U.N. General Assembly in New York. A small group of Filipino-American protesters hounded him and at one point managed to get close and booed him and repeatedly yelled “Never again to martial law!” as he alighted from a convoy and walked into a building with security escorts.

He or his key officials have not issued any statement about the martial law anniversary as of Wednesday afternoon.

For many of the survivors of abuses under Marcos, now mostly in their 70s and 80s, the anniversary brought back the trauma and painful memories of fellow victims, who either were killed by state forces or remain missing. They condemned efforts to gloss over the atrocities and portray the martial law years in pro-Marcos social media as a “golden era.”

“The scars may have healed but deep inside, the anger and the sorrow are still there not just because I went through this but because so many good and patriotic people died resisting the dictatorship,” said Judy Taguiwalo, a former Cabinet official and women’s rights activist who was jailed for two years and tortured in the 1980s.

Taguiwalo, 72, sought an apology from the president and asked him to “stop lying about the horrors of martial law because the killings, the imprisonment and bombings of Muslim communities actually happened.”

Marcos Jr., 65, has refused such calls. In a TV interview last week, he said his father’s decision to declare martial law, suspend Congress and rule by decree was necessary to fight communist and Muslim insurgencies. He also said that describing the late president as a dictator is “wrong” and denied that he and his family were whitewashing history.

Bonifacio Ilagan, a left-wing activist who was detained for more than two years starting in 1974 and often beaten and severely tortured, said he could never accept Marcos as president. His sister was abducted by government agents with several other anti-Marcos activists in 1977 in metropolitan Manila and has never been found.

“The trauma has returned with all its inhumanities,” Ilagan, 70, said, and renewed his call for justice and a clear Marcos apology. “That’s the reason why I could not, for the life of me, say that he is my president.”

Loretta Rosales, the former head of the independent Commission on Human Rights, was arrested with five other activists in 1976 by military agents and subjected to electrocution and sexual abuse.

She said that the president should comply with a provision of a 2013 law that she co-authored as a member of Congress that calls for the documentation of the atrocities and the construction of a museum to memorialize the sufferings of thousands of people.

The legislation was used to compensate victims of abuses. Separately, a Hawaii court found the elder Marcos liable for rights violations and awarded $2 billion from his estate to more than 9,000 Filipinos led by Rosales who filed a lawsuit against him for torture, extrajudicial killings, incarceration and disappearances.

The 1986 ouster of Marcos was a high point, Taguiwalo said, but poverty, inequality, injustice and other social ills remained pervasive in the country decades after. That allowed political dynasties, including the Marcoses, to exploit the deep discontent to their advantage.

“I think the biggest lesson which we have always emphasized is that it’s not enough that you overthrow a dictator or return a certain extent of free press and academic freedom, civil and political rights,” Taguiwalo told The Associated Press.

“You need to show that democracy works for the majority of the people in terms of their basic economic rights to have jobs, land and a decent livelihood,” she said.