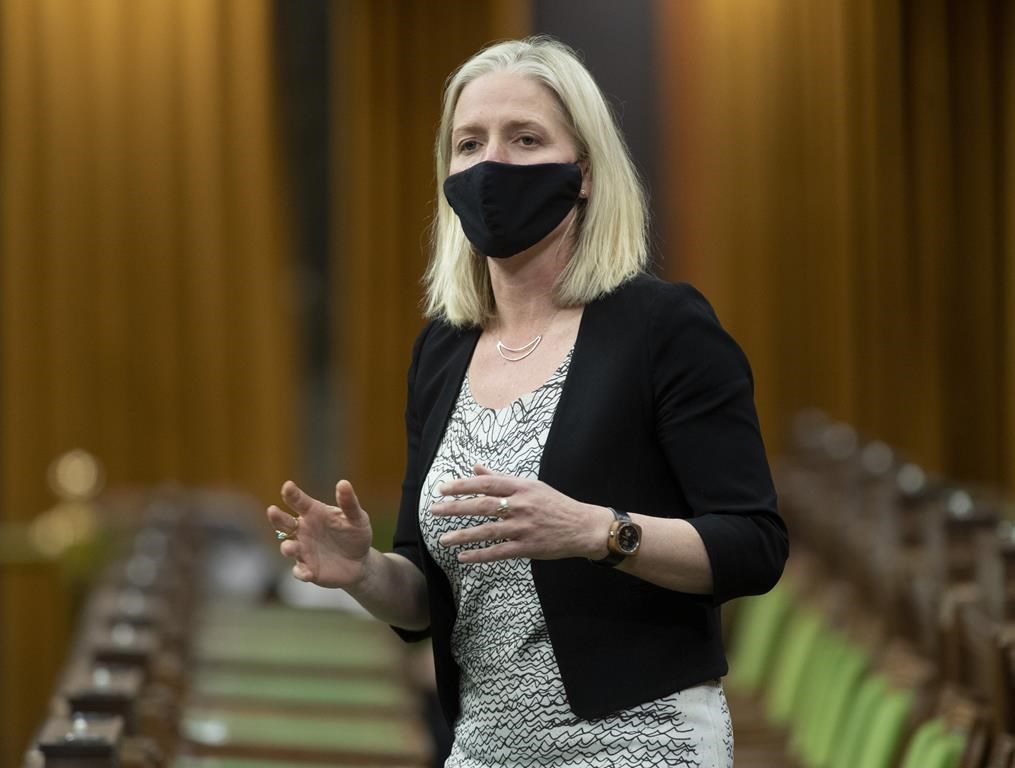 The five-year plan aims to save energy and cut costs and pollution while creating jobs, with potential projects ranging from environmentally friendly community centres to energy-efficient library windows.

“We need to be tackling climate change and buildings are 20 per cent of our emissions,” McKenna said in an interview Wednesday.

Community centres, sports facilities and cultural spaces account for 28 per cent of greenhouse gas emissions in municipally owned facilities, according to the Federation of Canadian Municipalities.

McKenna said the program, which she hopes will dovetail with $2.75 billion in short-term transit spending announced last month, will invest in projects that meet a minimum threshold for energy efficiency and boost inclusion, particularly in high-needs communities.

“It has the potential to positively impact remote, rural and marginalized Canadians from coast to coast to coast. And these are the communities that are most often impacted by climate change, and will be in the future,” said Akua Schatz, a vice-president at the Canada Green Building Council.

The Conservatives have criticized the government over the Canada Infrastructure Bank not having completed a single project. The Crown corporation was launched in June 2017.

“To help Canadians emerge from the pandemic as strong as possible, Canada needs an infrastructure plan that prioritizes job creation and economic growth,” Tory infrastructure critic Andrew Scheer said in an email.

Projects to expand ports as well as highways and public transit should take priority to help Canadians sell more goods globally and “get home from work quicker,” he said.

Scheer also pointed to a stinging auditor general’s report from March that found the federal government can’t show that the Liberals’ $188-billion infrastructure plan is meeting its lofty goals.

The 12-year plan was a cornerstone of the Liberals’ successful 2015 election campaign, betting that spending big on infrastructure would speed up economic growth, create jobs and improve Canadians’ lives through new transit, green renovations and social projects.

But the audit of the plan showed the promise has been plagued by setbacks, with billions left unspent or delayed until later this decade and the lead department failing to provide “meaningful public reporting” on the plan’s overall progress, auditor general Karen Hogan wrote.

“When you’re fundamentally changing a relationship, it does take a bit of time,” Vancouver Mayor Kennedy Stewart said at a news conference with McKenna on Wednesday.

But new federal programs that municipalities can tap directly for green-tinged funding have “absolutely streamlined” delivery, he said.

Stewart cited the government’s $1-billion rapid-housing program, which has allowed B.C. to buy several hotel properties in a move to help house homeless people in Vancouver.

Federal financial support with green strings attached is coming into play in Alberta as well, where workers reeling from an energy sector devastated by a collapse in oil prices.

The Liberal government is investing in clean technology and gunning for a green-economy transition that includes cleaning up abandoned oil and gas wells, McKenna said.

“The oil and gas sector has huge innovation going on, and there’s huge opportunities like carbon capture and storage.”

McKenna said energy workers in Western Canada have a right to be worried about their livelihoods amid a struggling fossil-fuel industry.

“Of course they should,” she said. “We need projects to go ahead quickly, and that is 100 per cent my focus.”

NDP Leader Jagmeet Singh slammed the pace and extent of the government’s investment in clean-energy projects on the Prairies.

“We need to do more than ever to focus on how we help resource-sector workers. We have to help these workers with good jobs now," he said, calling for a swifter plan to remediate more oil wells.

In total, Infrastructure Canada has as approved about 2,800 projects worth roughly $4 billion since the pandemic began, McKenna said.