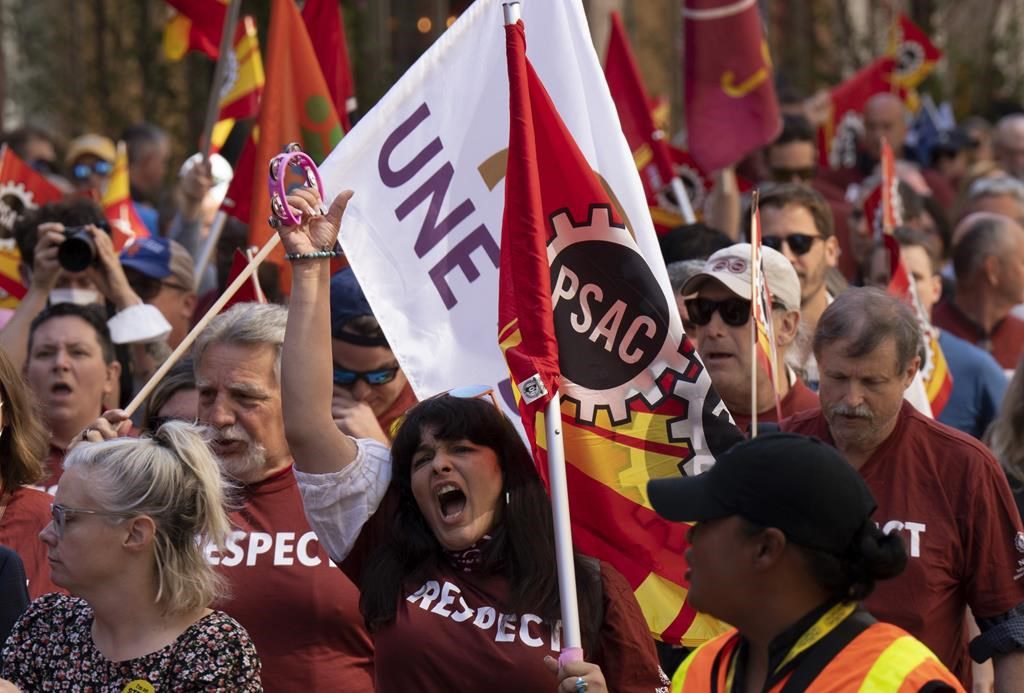 OTTAWA — The Treasury Board and the Public Service Alliance of Canada have agreed to mediation in a contract dispute involving 11,000 federal public servants working in technical services.

Talks between the two sides broke down in May when the union, which was calling for significant wage increases, declared an impasse.

A newly released report from a public interest commission set up by the labour board says the union’s view of the wage issue is “the polar opposite” of the Treasury Board.

The report calls on both parties to clearly identify their priorities, exchange information and moderate their demands — and says if that happens, there appear to be areas of potential compromise.

A Treasury Board spokesperson says they are happy to be heading back to bargaining, but are still wary of a potential strike.

The Public Service Alliance of Canada’s president says the union is ready to bargain, but the government needs to return to the table with a better mandate.