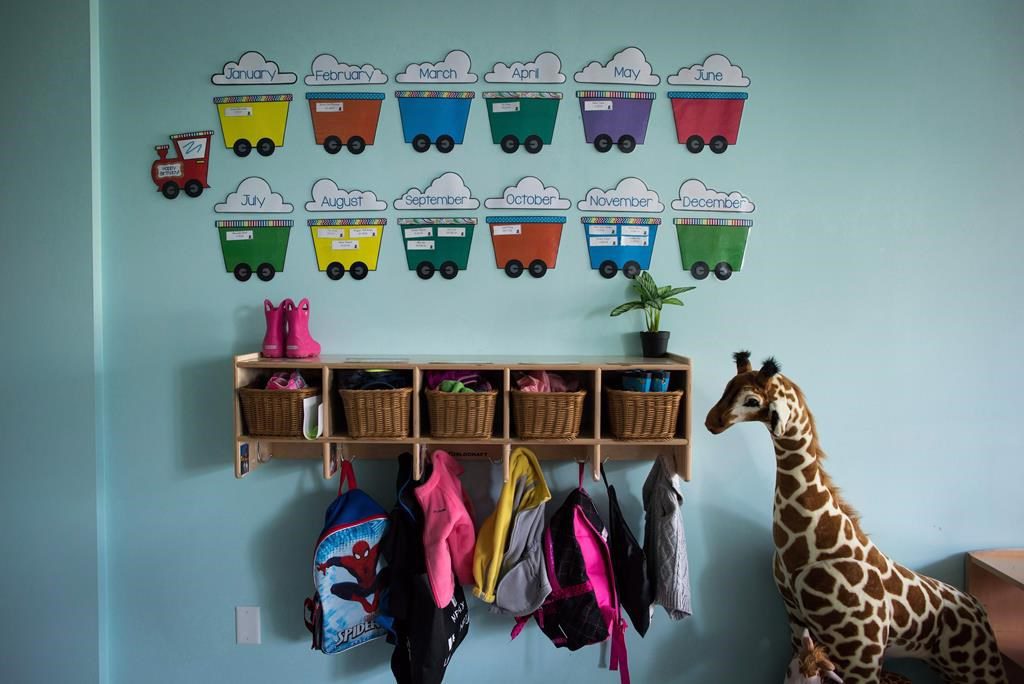 OTTAWA â€” The federal government is diving into the deep end of child care, promising billions in new spending for provinces to create spaces and drive down fees.

The Liberals’ 2021 budget doesn't commit or estimate how many new spaces could be created by the spending, focusing instead on the cost to parents.

The plan would aim to see an average drop in fees next year by 50 per cent for preschooler daycare spaces that last year ranged from about $451 per month in Winnipeg to $1,250 a month in Toronto.

Eventually, the Liberals aim to have an average fee of $10 a day across the country outside of Quebec, which has its own system.

The proposal addresses calls not only from advocates but from business groups as well, to help thousands of mothers return to the labour force after their numbers dwindled due to daycare closures during the COVID-19 pandemic.

“Bringing down parent fees by publicly funding the operation of regulated services is the way to build the universal quality system needed by families in communities in all regions of Canada,” said Morna Ballantyne, executive director of the advocacy group Child Care Now.

She added that provinces and territories, who are responsible for child care, will be hard pressed to say no to the offer of federal money, even if it does come with strings attached.

Finance Minister Chrystia Freeland said the plan won’t arrive in an instant, noting it is a long-term strategy that will take a countrywide effort to invest in children and young parents.

"This is going to be an enduring investment in making it possible for parents, and especially women, to participate in the labour force," Freeland said at a news conference.

"I really do not want to understate either the complexity and the difficulty of building early-learning and child care, nor to understate how transformational this will be for women, for all parents, for children and for the Canadian economy."

Spending would start at just over $3 billion a year, not taking into account the government’s pre-existing 10-year spend on child care unveiled four years ago.

Funding rises from there to reach almost $8.4 billion in new spending in 2026, with the government promising $8.3 billion annually thereafter. The budget projections stop at 2026, after what the document describes as an initial five-year agreement designed to have the federal government cover half of national child-care funding.

David Macdonald, a senior economist at the Canadian Centre for Policy Alternatives who keeps a close eye on child-care policy, said the overall spend is comparatively larger than plans previously unveiled by Brian Mulroney in 1987, the Chretien Liberals in 1993 and the Martin Liberals in 2005.

“All of these previous child-care plans were dashed against the rocks of an election,” he said.

“This budget has the potential to be transformative for the sector, if the high hopes of activists aren’t dashed in the next election.”

The first five years of the Liberals’ plan will focus on support for not-for-profit providers, leaving out for-profit centres and unregulated care.

After year five, the budget says the government will work with provinces and territories to revisit funding needs based on what the money has purchased to that point.

“All families will pay for the plan, but only families who choose or can access the type of care the federal government favours receive the subsidized benefit,” said Andrea Mrozek, a senior fellow at the faith-based think-tank Cardus.

“The proposed plan devalues the work parents and other caregivers do outside of an institutional setting.”

The budget also commits $34.5 million more to a federal secretariat that is guiding policy work inside the government, and the creation of a national advisory council to highlight needs, concerns and issues in the sector.

And it also promises legislation by the fall to enshrine the spending into law so it cannot be easily undone or watered down by a change in government or cabinet priorities.

Note to readers: This is a corrected story. A previous version said annual spending after 2026 was $8.4 billion.

create spaces and drive down fees. Children’s backpacks and shoes are seen at a CEFA (Core Education and Fine Arts) Early Learning daycare franchise, in Langley, B.C., on Tuesday May 29, 2018. THE CANADIAN PRESS/Darryl Dyck –>