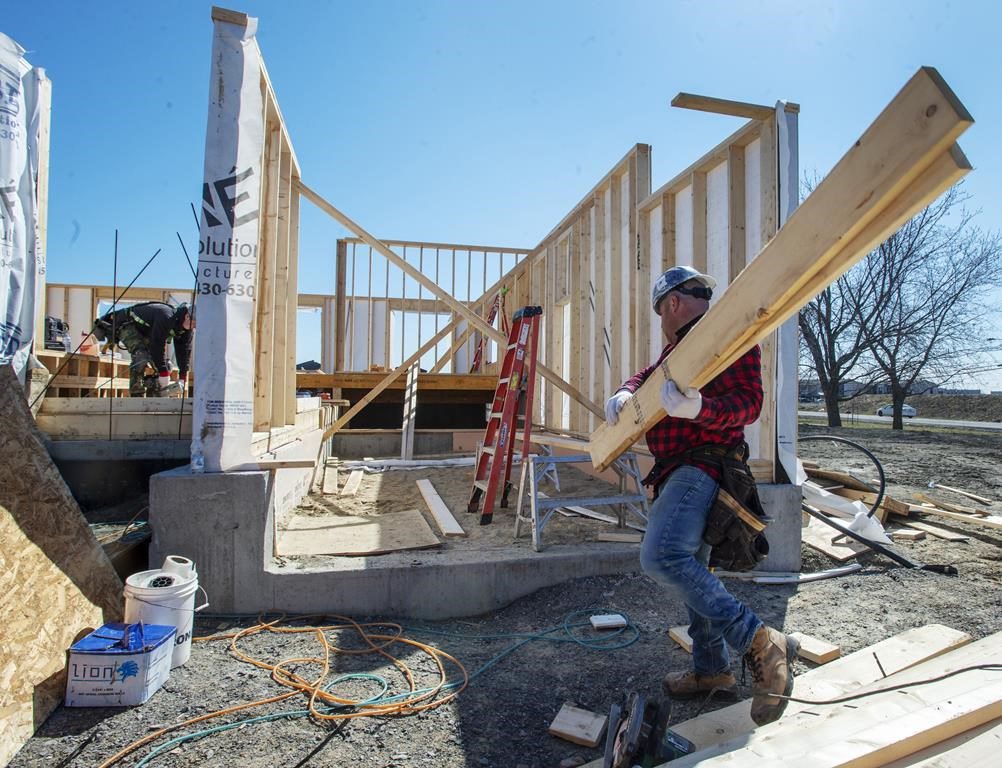 OTTAWA â€” The federal government topped up its housing and infrastructure plans in Monday’s budget, but held back on an overhaul as homes and cities grow increasingly unaffordable.

Some 60 per cent of that will go toward construction of at least 4,500 new units under the Rapid Housing Initiative, which seeks to provide vulnerable Canadians with affordable homes.

The budget’s plan to build or repair 35,000 units in total â€” with the help of a reallocated $1.3 billion in existing funding â€” makes only a small dent in the more than 1.6 million Canadians who live in inadequate or unaffordable housing, according to budget figures.

“There’s more money on the table for affordable housing. Is that a major change? I don’t think so,” said GeneviÃ¨ve Tellier, a political science professor from the University of Ottawa.

“It’s not a big amount in the sense that the needs of Canadians are much higher than that.”

Garth Frizzell, president of the Federation of Canadian Municipalities, said he welcomed the revamped Rapid Housing Initiative as well as transit and infrastructure earmarks that “strengthen the municipal toolbox for recovery.”

“But to meet our shared goal of ending chronic homelessness much more will need to be done,” he said in a statement.

He highlighted the $1.5 billion pegged for the Rapid Housing Initiative â€” 25 per cent is slated to go toward women’s housing â€” more than a half-million dollars to fight homelessness and a new national tax on vacant homes that targets investors looking to park their cash in bricks and mortar.

But Jeff Morrison, who heads the Canadian Housing and Renewal Association, said the budget is a “disappointment.”

"Overall, the new investments in affordable housing only scratch the surface compared to the need,” he said, calling for an urban and rural Indigenous housing strategy.

Freeland brushed off past complaints that the housing scheme’s 12-month construction timeline is too short.

“Part of the point of the Rapid Housing Initiative is for it to do what the name says. We really believe it's important to get some housing created quickly, and that's what this program has been designed to do,” she told reporters.

Prime Minister Justin Trudeau promised cash-strapped cities $14.9 billion in permanent funding for transit, though most of the money won’t start flowing until later in the decade.

About $6 billion will be made available to municipalities right away for projects that are ready to go, according to the government, while the remainder will go into a $3-billion-per-year fund that can will be doled out on a project-by-project basis starting in 2026-27.

The budget further sets aside $23 million over four years for Infrastructure Canada to conduct what it calls the country's first-ever national infrastructure assessment, partly to identify next steps toward a long-discussed, never-developed high-frequency rail link between Toronto and Quebec City.

It also commits an additional $1 billion over six years to hasten access to high-speed internet in rural and remote communities.