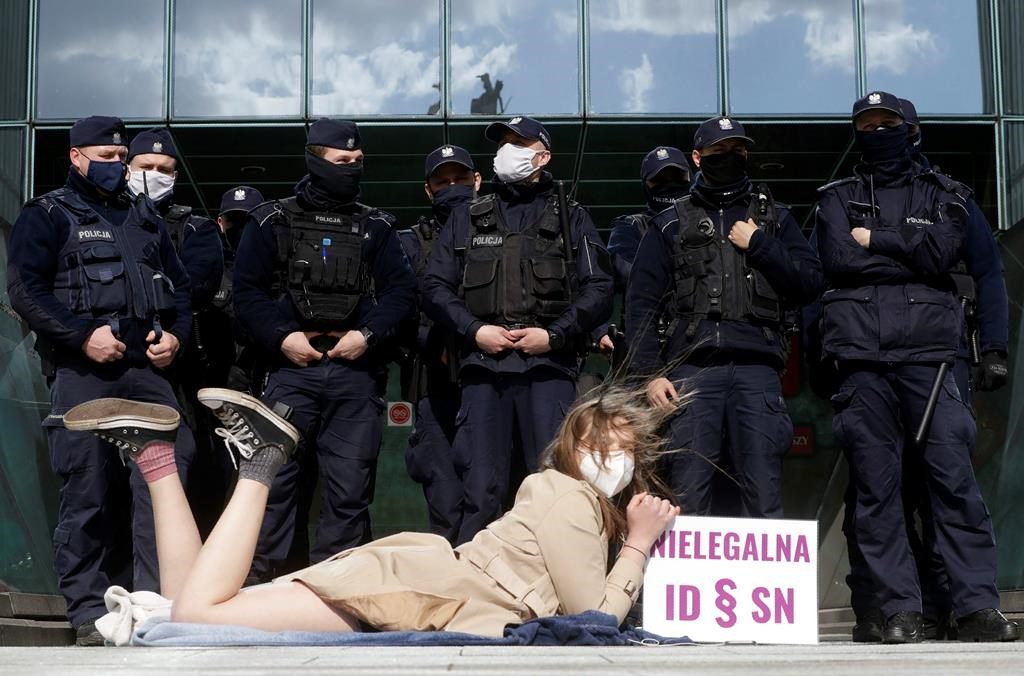 WARSAW, Poland â€” A disputed disciplinary body within Poland’s Supreme Court spent a second day Thursday examining a motion that could result in the arrest of a judge who has become a symbol of resistance for those who believe judicial independence is threatened in the country.

The Disciplinary Chamber, which was created by the populist party that governs Poland, is due to decide whether to arrest Judge Igor Tuleya and force him to answer to prosecutors about charges related to a years-old ruling that went against the interests of the ruling party.

Tuleya, a judge at the Warsaw District Court, was stripped of his immunity by the Disciplinary Chamber and faces criminal charges. He has refused to face prosecutors, insisting the chamber is illegal and that he has done nothing wrong.

The panel’s members deliberated for 12 hours Wednesday as protests took place outside the Supreme Court, where police encircled the building and detained some protesters. Protesters gathered again Thursday as deliberations resumed.

Government critics consider the charges against Tuleya bogus and argue they are intended to warn other judges to fall in line with the conservative government’s interests or be punished.

Waiting outside the court, Tuleya believed an order for his arrest was likely.

"I am sure that this decision about my person is not being made here, but was made earlier by politicians," Tuleya told The Associated Press.

The prosecutor has charged Tuleya with a criminal breach of secrecy for allowing journalists into the courtroom for a verdict in 2017. Tuleya has said allowing the journalists in the court was “fully permitted by the Code of Criminal Procedure. I did not reveal any secrets."

He could face up to three years in prison if found guilty.

After the right-wing Law and Justice party came to power in 2015, it moved quickly to take control of most aspects of Poland’s justice system, successfully establishing political control over the constitutional Tribunal and other judicial bodies.

The ruling party claims it has sought to clean up a court system it characterizes as inefficient and corrupt. Party leaders say Tuleya, with his open criticism of its judicial overhaul, has acted like a political activist.

"If you look at my public statements, they all are exclusively about the judiciary, rule of law and the constitution,” he said.

Democracy activists argue that Poland has taken an anti-democratic turn under Law and Justice and see the resistance of judges like Tuleya to be one of the last bulwarks against the erosion of citizens’ rights.

"Let’s call things by their name â€” this is a question of whether an honest judge can be put in handcuffs," said Adam Bodnar, the country’s human rights commissioner. "This is an issue unworthy of a European Union member state."

The EU does not recognize the Disciplinary Chamber examining Tuleya’s case as legally valid under EU law. The bloc’s executive commission asked the EU’s top court recently to rule on the matter.