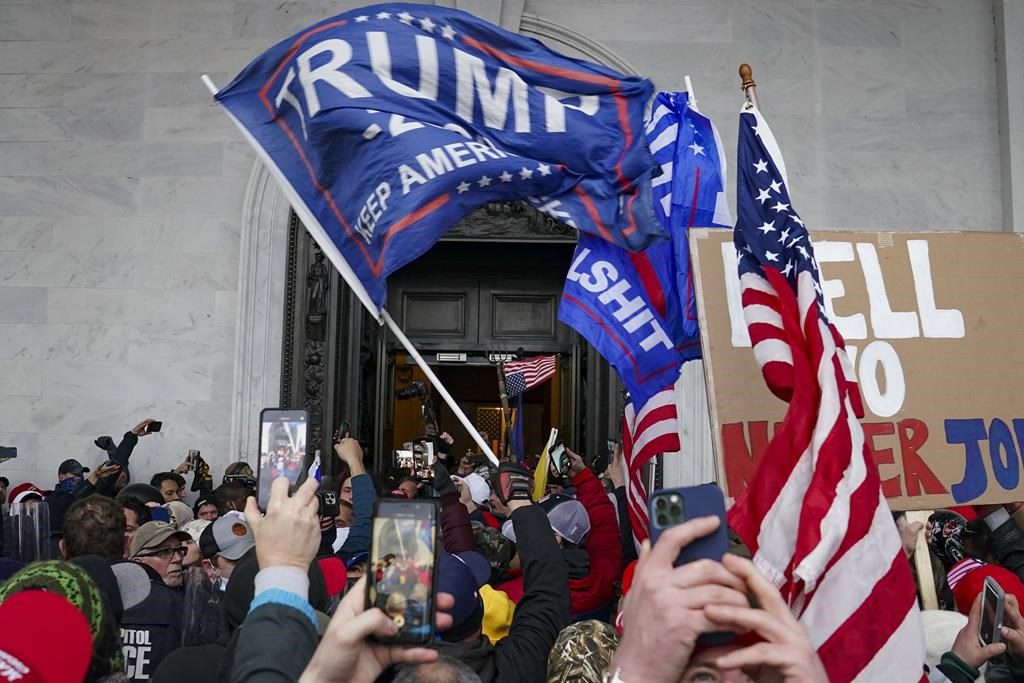 A federal magistrate on Friday declined to order house arrest for a far-right internet troll charged in the Jan. 6 riot at the U.S. Capitol after court officials raised concerns about his recent encounters with police officers in Arizona.

U.S. Magistrate Judge G. Michael Harvey warned Tim “Baked Alaska” Gionet that he acted dangerously and “came close to committing crimes” while he videotaped himself arguing with a drunken friend and calling police twice. But the magistrate ultimately concluded that Gionet didn’t violate any conditions of his pretrial release.

The Justice Department has arrested about 465 people in nearly all 50 states – an average of about three defendants arrested every single day, including weekends, since January 6th. Marine Corps officer, Christopher Warnagiris, the first active-duty service member arrested in the insurrection, was indicted Thursday on nine charges including assaulting an officer.

In Gionet’s case, a pretrial services officer had recommended imposing home detention and banning Gionet from posting videos to social media or other video sharing platforms. A federal prosecutor concurred with the recommendations.

Harvey rejected both recommendations, but chided Gionet for “baiting” his friend into fighting in a moving car.

“You knew what you were doing, putting the camera in his face,” he said. “You wanted to get a rise out of him, and you did.”

A video of Gionet’s contact with law enforcement in Arizona on May 26 was posted on YouTube, according to a pretrial services report. Gionet apparently called police that evening to report that a friend and fellow “YouTuber” had assaulted him, federal prosecutors said in a court filing.

After officers arrived, Gionet agreed to take his friend home. When the friend became belligerent in the car, Gionet called police again and was “somewhat uncooperative” with the second set of officers who respond, prosecutors said.

“He also appears to threaten his friend,” they wrote.

“I really don’t know why we’re all here today,” he said during a remote hearing Friday.

“We’re all here because your client recorded all of this and put it up on YouTube, which a smart person might wonder if that’s what you should be doing while you’re under court supervision,” the magistrate countered.

Prosecutors say the video appears to be a money-making vehicle for Gionet, a social media personality who was listed as one of the speakers at the white nationalist “Unite the Right” rally in Charlottesville, Virginia, that erupted in violence in 2017.

Gionet was arrested 10 days after the riot in Washington, D.C. He is charged with violent and disorderly conduct on Capitol grounds and knowingly entering a restricted building without lawful authority.

After his arrest in Houston, Gionet initially was ordered to submit to electronic location monitoring, but the court lifted that condition of his release on March 31.

On Jan. 6, Gionet streamed live video that showed himself inside the Capitol and encouraging other protesters to stay. Investigators say Gionet also profanely called an officer an “oathbreaker” and chanted, “Whose house? Our house!”

His lawyer has said he only went to Washington to film what happened.