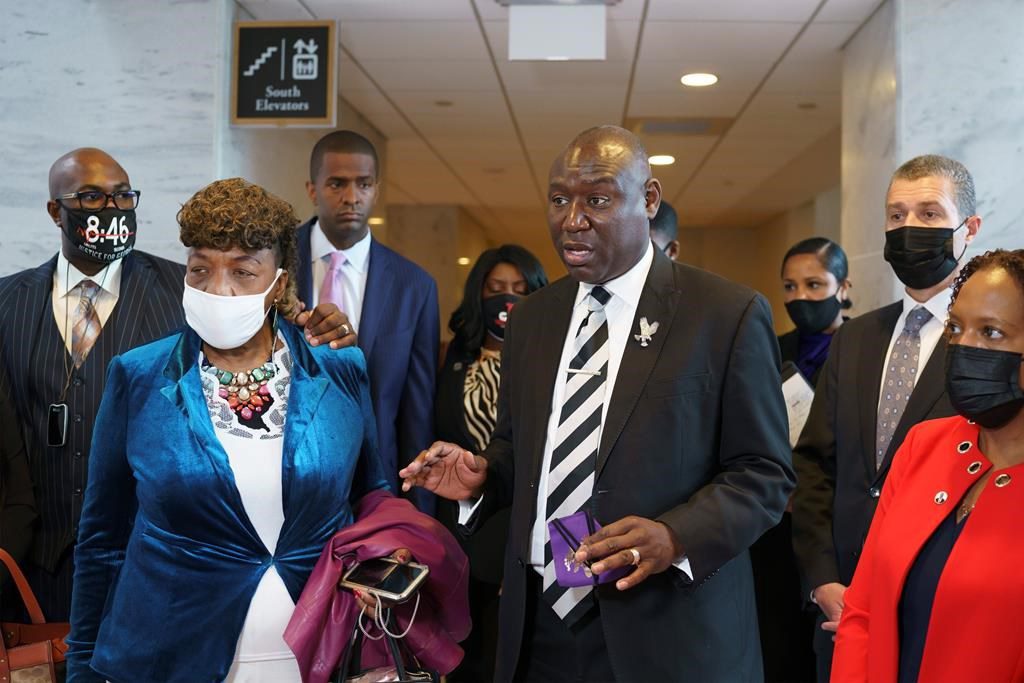 WASHINGTON â€” The family and representatives of Black men slain by the police met with senators and White House officials Thursday â€” and left optimistic that police reform could be approved by May 25, the anniversary of the killing of George Floyd in Minneapolis.

"They said that we are going to do everything in our power to make sure we have a meaningful bill that we can put on President Biden's desk," said lawyer Ben Crump after a White House meeting Thursday afternoon.

Attending the meetings were representatives and family members of Floyd, Eric Garner, Terence Crutcher, Andrew Brown and Botham Jean â€” each of whom was killed by police. Floyd’s death sparked protests worldwide and calls to hold police accountable after Minneapolis police officer Derek Chauvin was captured on video kneeling on Floyd’s neck for more than nine minutes. Chauvin was convicted this month of murder and manslaughter.

Crump said the senators made a commitment to the families to pass a significant bill. "It’s their blood that’s in this legislation,” Crump said of the families of the victims.

The George Floyd Justice in Policing Act would ban chokeholds and qualified immunity for law enforcement while creating national standards for policing in a bid to bolster accountability.

The House passed the measure in March, but its fate remains uncertain in a Senate split evenly between Democrats and Republicans as bipartisan talks have started.