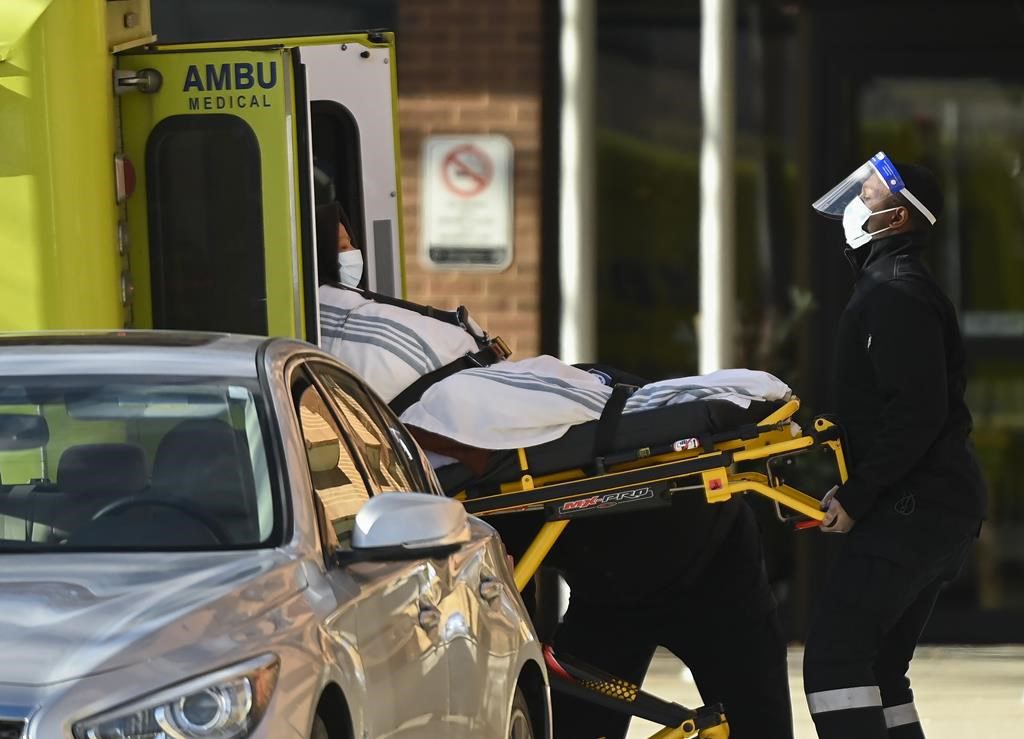 The spotlight on Ontario’s long-term care sector must not be allowed to dim again, observers said the day after the release of a scathing report outlining the province’s neglect of the facilities in the early months of the COVID-19 pandemic.

Reflections from public health experts and relatives of seniors who died in virus-ravaged facilities poured in after the Ontario Long-Term Care COVID-19 Commission called for an overhaul of the sector. It laid out its recommendations in its final report, delivered to the government on Friday night.

Tara Barrows, whose grandmother died of COVID-19 in a long-term care home last year, said she appreciated seeing experiences like that of her family put on the record.

The commissioners said the government was ill-prepared for a pandemic, and failed to act as quickly as other jurisdictions to protect the long-term care sector.

The report said residents were left alone in their rooms in horrific conditions, in some cases soiling their diapers and being unable to shower.

“As traumatizing as it was, we manage the trauma by speaking out,” Barrows said. “By telling the truth and speaking out, pressing the issue and repeating these stories over and over again and reminding everyone, this should never have happened.”

Barrows gave the commission credit for not “pulling any punches” in the report — and ensuring people like her grandmother are not forgotten in death, as they seemed to be in their last months of life.

Barrows testified before the commission and is part of a proposed class-action lawsuit against Weston Terrace Care Community, the facility where her grandmother, Dorritt, lived and died.

In spite of the commission’s strong message, she said she and  others in her shoes aren’t convinced Premier Doug Ford’s government will act quickly to enact sweeping change.

“I think we all have the same fear,” she said. “We have the report, and we have the recommendations. There are no surprises there. This is what we saw coming. But is anybody going to do anything?”

Instead, she has a different hope.

“I’m hoping the report will bring a change of government,” Barrows said. “…The vaccine isn’t going to cause amnesia. We’re not going to forget what happened.”

The blistering, 322-page document said the province was ill-prepared to face COVID-19 despite lessons it should have learned from the SARS epidemic.

Nearly 4,000 long-term care residents and 11 staff have died of COVID-19 since the pandemic hit.

Dr. Naheed Dosani, a palliative care physician and health justice activist in Toronto, said those numbers don’t reflect “the immense distress and grief” many caregivers and families across the province are feeling.

“This report does give some insight into how we got here, (but) it does not represent justice to the full extent. And for many caregivers, it will not be,” Dosani said.

“No one will ever forget what happened. These are scars that will last forever.”

The commission found the neglected sector to be thoroughly unprepared for the COVID-19 crisis, despite numerous past reviews.

Even after the commission was launched and after it released two interim sets of recommendations the virus continued to tear through the facilities.

“I’ll never understand how we were able to produce so many reports on how to fix long-term care and still to this day, we have not fixed it,” he said. “How many reports do we need? … If it’s not connected to action and change, what’s the point?”

Dosani paused to fight back tears while describing the experience of reading the document upon its release.

He said he felt for the families of those who died in long-term care during the pandemic, and for those working in the sector who had little support for the trauma they experienced.

“Staff were crying before, during and after work, vomiting in locker-rooms from stress and watching residents they love dying in great numbers,” he said, summarizing some findings outlined in the report. “There’s so much emotion and so much pain involved in this whole ordeal.

Merrilee Fullerton, Ontario’s minister of long-term care, issued a statement late Friday night pledging a review of the commission’s findings and promising to work towards a “safe and modern” update to the sector.

She said many of the report’s recommendations align with steps the government has already taken, asserting the situation in the province’s long-term care facilities has improved in recent months.

Nonetheless, she said, the harm to the province’s seniors is clear.

“There’s no question that residents and staff at long-term care homes and their families were disproportionally impacted by COVID-19,” Fullerton said in the statement. “… We cannot let their experience be in vain â€” and we won’t.”

Donna Duncan, the CEO of the Ontario Long Term Care Association, said the province can’t “honour the memory of the people who’ve died” without implementing the commission’s proposed reforms.

“We have a duty to those who lost their lives in this to make sure we don’t accept anything less than moving forward with change â€” building out the infrastructure, building the workforce and building the partnership in a way that allows us to reimagine what long-term care is and how we serve our aging population,” she said.

Meanwhile, Ontario reported 3,369 new cases of COVID-19 on Saturday and 29 more deaths linked to the virus.

Figures showed 2,152 people were hospitalized with COVID-19 as of Saturday morning, with 900 in intensive care and 637 on a ventilator.

The number of patients in ICUs represents a pandemic high, according to the Ontario Hospital Association.

This report by The Canadian Press was first published May 1, 2021