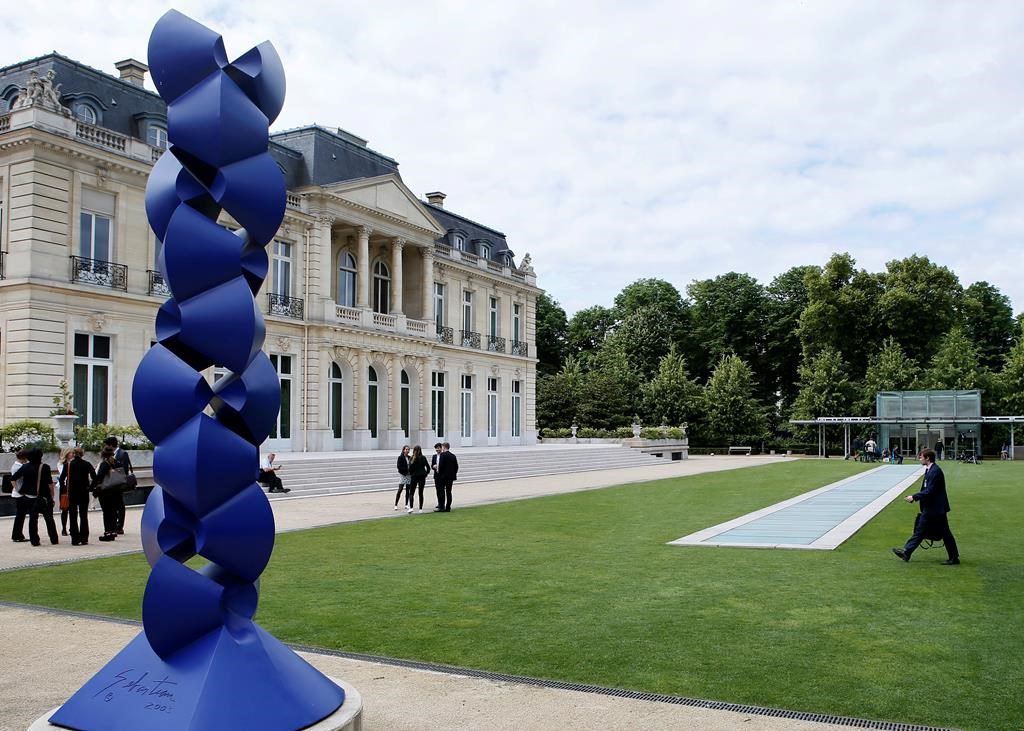 For nearly a decade, nations have grappled with that question, seeking to bar companies from legally avoiding tax by shifting profits to subsidiaries in so-called tax havens. These havens are typically small countries that entice companies with low or zero taxes, even though the companies do little actual business there.

International discussions over the issue gathered momentum after U.S. President Joe Biden proposed a global minimum corporate tax rate of at least 15% and possibly higher. The proposal has found support among other major economies such as France and Germany and has raised the prospect that a new approach to international taxation might be reached this year.

That, at least, is the goal set by the Organization for Economic Cooperation and Development in Paris, which is overseeing talks among more than 140 countries.

U.S. Treasury Secretary Janet Yellen has asserted that that a global minimum would end a destructive “race to the bottom” in international taxation. According to the London-based Tax Justice Network advocacy group, governments lose $245 billion annually to tax havens. If that money were instead available to governments, they could use it for, among other things, managing their heavy costs for pandemic relief.

Here are some key questions:

WHAT IS A GLOBAL MINIMUM CORPORATE TAX?

With a global minimum, countries would change their tax laws so that if one of their companies enjoys profits that go untaxed or lightly taxed offshore, that company would face additional tax at home to bring its rate up to the minimum. That is, the headquarters country would raise the tax rate for offshore income until it reached the minimum.

Doing so would put a floor under corporate taxation worldwide. It would remove the incentive for companies to shift profits to low-tax countries, so the thinking goes, because if those companies escaped tax abroad, they would have to pay it at home anyway. An agreed global minimum would also weaken the motivation for countries to enact low tax rates to attract companies in the first place.

At home, Biden has proposed raising the U.S. tax rate on companies’ foreign earnings to 21%. This would mark an increase from legislation passed under his predecessor Donald Trump, which was 10.5%-13.125% percent. Critics argued that that rate, coupled with exemptions, allowed corporations to minimize taxes on their foreign earnings.

Even if the U.S. rate winds up above the global rate, the difference could be small enough to eliminate most room for tax manipulation.

HOW BIG IS THE PROBLEM?

For decades, corporate earnings have been migrating to tax havens, often through complex avoidance schemes. From 1985 to 2018, the global average corporate statutory tax rate fell from 49% to 24%, thereby shifting the tax burden from companies and their shareholders to workers’ wages.

In 2000-2018, U.S. companies booked half of all foreign profits in just seven low-tax jurisdictions: Bermuda, the Cayman Islands, Ireland, Luxembourg, the Netherlands, Singapore and Switzerland. Though small countries levy a low rate, they may capture what is for them significant revenue. The practice costs the U.S. Treasury around $100 billion in lost revenue annually.

HOW DOES THIS AFFECT ORDINARY PEOPLE?

Several ways. Taxes on the earnings of multinational companies are ultimately paid by the shareholders in those companies — a group that is, in general, wealthier than average. As the tax load on corporate revenue has declined, the overall tax burden has tended to shift to wages and labor — in other words, from generally affluent shareholders to ordinary workers.

Another reason to care: According to the OECD, large companies that operate across borders enjoy an unfair competitive advantage by capitalizing on international tax avoidance strategies that aren’t available to local-only companies.

HOW DO COMPANIES MOVE PROFITS TO FIND THE LOWEST TAX RATE?

Though some tax avoidance schemes are illicit, most are perfectly legal. Part of the issue is the nature of the modern economy: It is increasingly based on intangible assets, like trademarks, software and other intellectual property. Those are easier to move around than are tangible assets, such as factories.

One way of shifting tax liability is through a profit-sharing agreement. This involves assigning a share of costs and profits to a subsidiary in a low-tax jurisdiction. Another way is to move earnings from copyrighted software or other intellectual property to subsidiaries in countries where such earnings face little or no tax.

THE DISPUTE OVER ‘DIGITAL’ TAXES

One part of the OECD talks has focused on taxing companies that do business in countries where, often because the companies’ businesses are Internet-based, they have no physical presence and thus pay little or no tax on those sales. France has passed a 3% “digital services tax” on revenue that is deemed to have been earned by big companies in France — a measure aimed at U.S. tech giants like Google, Facebook and Amazon. Other countries have followed suit. Washington, though, has branded such unilateral taxes as improper trade practices that unfairly target U.S. companies.

The Biden administration proposes to resolve the issue by producing a list of 100 of the world’s biggest and most profitable companies — no matter what their line of business — and letting countries tax them based on their local sales. The idea would be for other countries to repeal their unilateral digital taxes and end the trade tensions they incite.

WHERE DOES THIS PROCESS GO FROM HERE?

Any agreement faces hurdles. One key sticking point could be where to set the global minimum rate. Low-tax countries such as Ireland, which are also part of the talks, may resist a higher rate. Its prime minister, Paschal Donohoe, has called Ireland’s 12.5% rate “a fair rate.”

Any deal on all or some of the issues could come at a meeting of the countries in the OECD process this summer, followed by endorsement by the Group of 20 finance ministers meeting in Venice in July and then a final decision at the G-20 leaders’ summit in October in Rome.

Even if there’s no negotiated global agreement to sign, coordinated unilateral action by governments could, in effect, impose a minimum tax. If enough major economies that are home to multinationals, like the United States and large European countries, make clear that they will tax profits stashed in tax havens, this could achieve much of what the talks are intended to do.