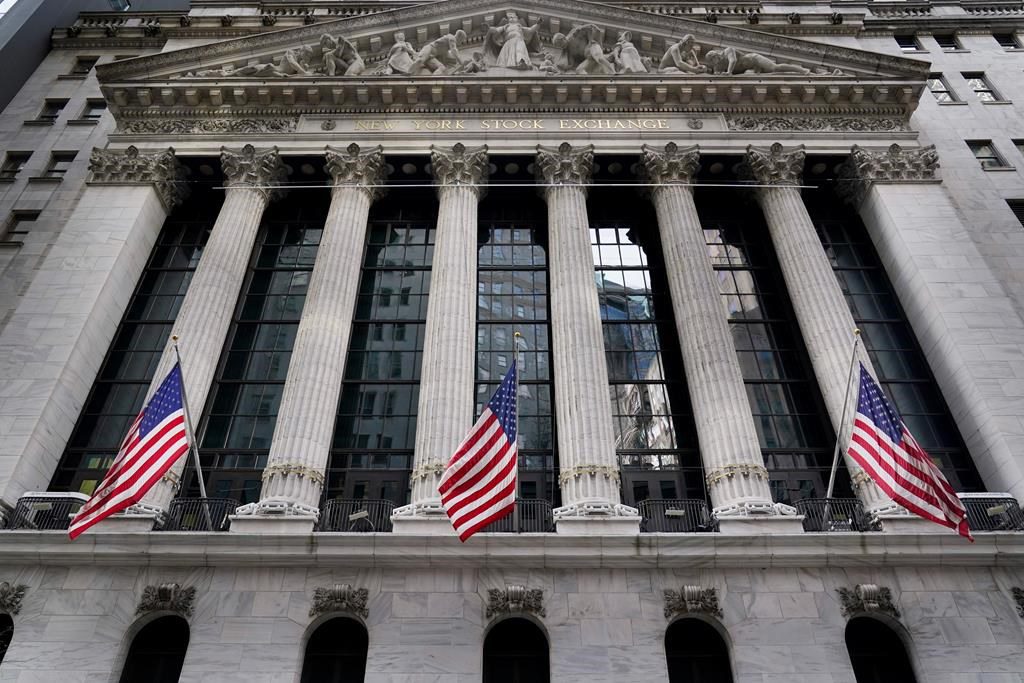 NEW YORK â€” After massive U.S. government spending helped send the stock market back to record heights, with even more potentially on the way, the bill may be coming due for the nation’s wealthiest investors.

President Joe Biden on Wednesday proposed to nearly double the tax rate that the highest-earning Americans pay on profits made from stocks and other investments. It would force millionaires to pay similar tax rates on their investment gains as upper-middle class households pay on their salaries, after years of enjoying lower rates.

The increase in the capital gains rate is part of Biden's plan to tax wealthy individuals and corporations to pay for programs to help lower-income families and children.

Even though the proposal has been telegraphed for a long time, reports of its pending unveiling shook up the stock market, with the S&P 500 falling to a nearly 1% loss on Thursday. Stocks have since set more records, but the kneejerk reaction shows how much investors care about potential changes in tax rates.

WHAT IS THE CAPITAL GAINS TAX?

The capital gains tax must be paid on profits made from an investment, such as a stock or a Bitcoin. But it only takes effect after a sale locks in the gain. So if you bought a share of Tesla at $200 early last year and are sitting on a profit of more than $500, you won't owe anything unless you sell.

If you do sell, and you are one of the highest-earning Americans, current law says you'd pay a 23.8% tax on a $500 profit, or $119. That includes the 20% tax on investments held for more than a year, known as a "long-term capital gains” tax. It also includes an extra 3.8% tax on investments for high earners that's been around since 2013 to help pay for the Affordable Care Act.

WHAT IS BIDEN LOOKING TO CHANGE?

The tax rate on long-term capital gains. And he's likely looking to raise it only on Americans who make more than $1 million in a year. For them, he wants the rate to rise to 39.6% from 20%. With the additional 3.8% tax, the highest-earning Americans could be paying a total tax rate of 43.4% on profits from long-term investments.

That rate would be the highest since the 1920s, according to the Tax Foundation, and the proposal would make the rate on investment gains similar to the rate on income made from working.

One reason tax rates have been lower on long-term capital gains is that supporters say it encourages long-term investment and helps the economy.

ARE THERE OTHER RELATED CHANGES?

Biden is asking Congress to wipe out a preferential tax treatment for private-equity executives and other money managers earning millions of dollars annually, something referred to as "carried interest."

For years they’ve been paying only 23.8% in federal tax because much of their compensation was treated as a long-term capital gain. The industry says such tax treatment encourages private-equity firms to take risks as entrepreneurs and to continue investing in companies. U.S. tax law has treated carried interest as a capital gain since 1913, according to the American Investment Council, an industry group.

Because of it, many wealthy private-equity managers pay a lower rate than what households with married people filing their taxes jointly were paying on income above $171,050.

SO A CHANGE WOULD HIT VERY, VERY FEW PEOPLE?

Yes. Only the top 0.3% of taxpayers may be affected, or about 500,000 households across the country, according to Brian Deese, director of the White House National Economic Council.

THEN WHY DOES THE MARKET CARE SO MUCH?

The wealthiest households are very, very rich, and own a lot of stock.

The wealthiest U.S. households are collectively sitting on $1 trillion to $1.5 trillion in gains on stocks that they will have to pay taxes on whenever they sell, according to a Goldman Sachs analysis of data from the Federal Reserve. That’s roughly 3% of the entire U.S. stock market’s total value.

The concerns are that those rich investors will dump their stocks before the rate is increased, and that would-be investors would be discouraged from buying stocks because of the higher rate.

ARE THOSE CONCERNS VALID?

The last time Washington raised capital-gains tax rates in 2013, the wealthiest households sold 1% of their stock holdings in the three months before the new rate went into effect, Goldman Sachs strategists say.

Stocks tend to go up over the long term. So, a sale today would mean an investor would be losing out on all the gains that may be coming in future years.

Also, many on Wall Street are expecting Democrats and Republicans to try for a compromise rate that's lower than 43.4%.