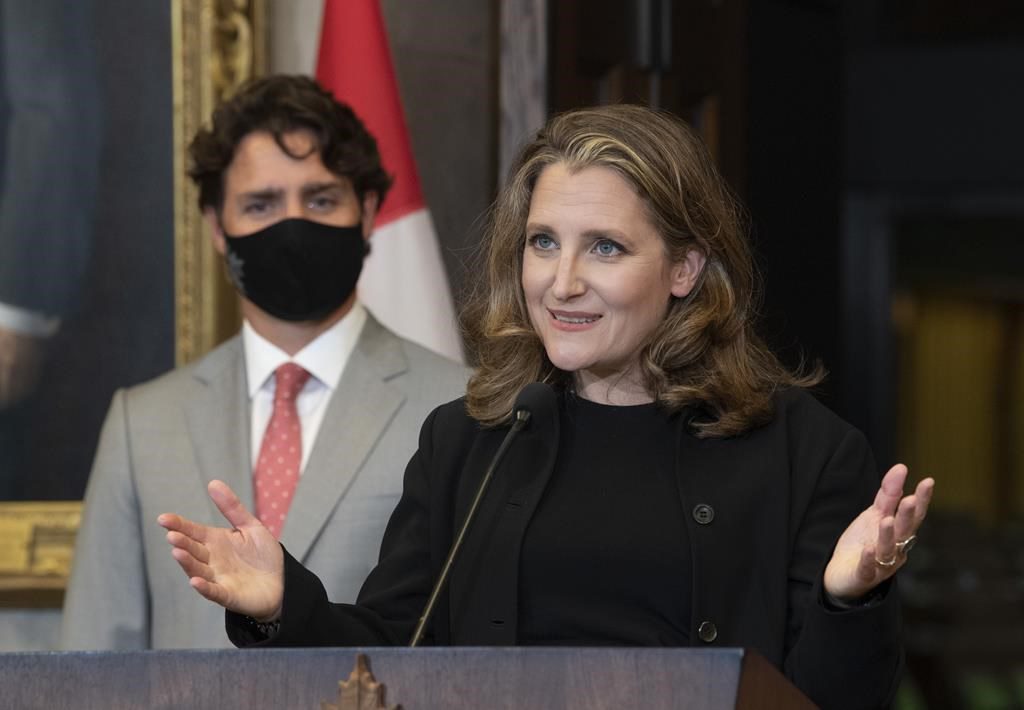 OTTAWA â€” The Liberals will look to thread an economic needle with Monday’s budget, while dealing with a minority Parliament where the document’s defeat would topple the government.

It has been more than two years â€” and two throne speeches â€” since the Liberals delivered a federal budget, having not done so last year due to what the government said was the economic uncertainty COVID-19 had created.

The Liberals have promised to lay out a plan to green the economy, create a national child-care system and help displaced workers improve their skills.

Provinces will be looking for more health-care cash, small businesses for an extension of emergency aid, and credit-rating agencies for certainty that historic deficits and debts will be tamed over time.

Elliot Hughes, a one-time adviser to former finance minister Bill Morneau, says how the government has fuelled expectations sets up quite the day in terms of policy and spending the budget will lay out.