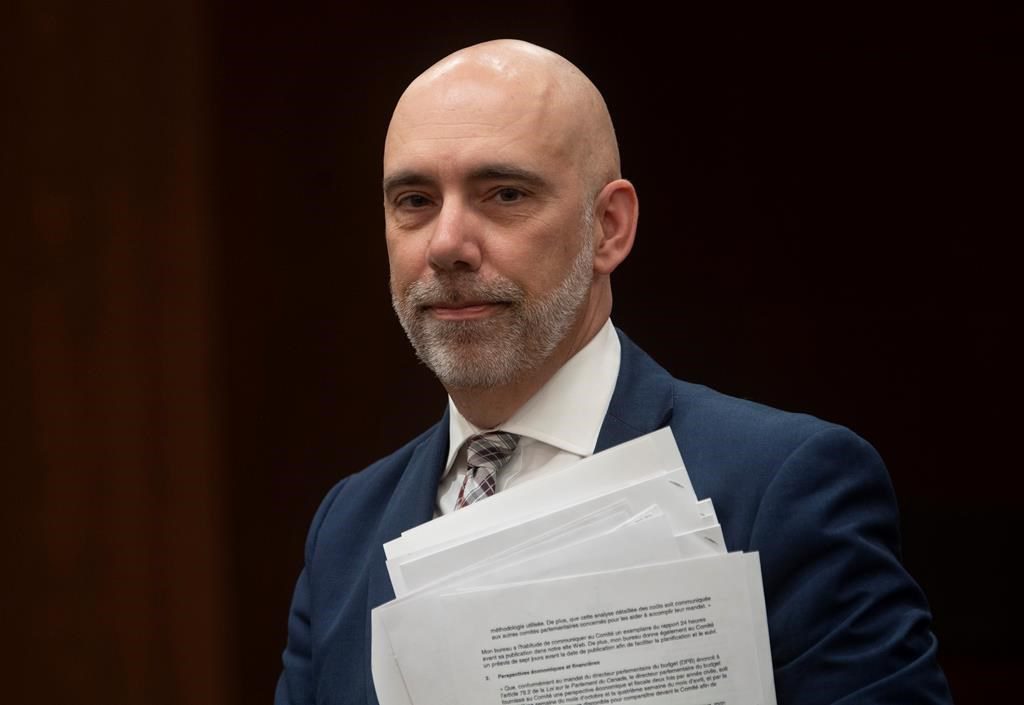 The estimate Tuesday by budget officer Yves Giroux, in response to a request from the NDP, was calculated by looking at companies whose profits exceeded their 2020 expectations.

The would-be tax rate on those extra earnings â€” determined based on the firms’ average five-year profit margin â€” would be 15 per cent, on top of the current 15-per-cent corporate tax on all profits.

The report shows large companies in manufacturing and mining and oil and gas gleaned the highest profits in absolute terms during the 2020 calendar year, raking in an extra $12.4 billion and $9.1 billion respectively.

Health care and social assistance, construction, and finance and insurance took in a combined $14.9 billion in excess profits.

In total, corporate windfalls amounted to $53 billion more than what was projected for 2020.

“Big businesses have received lots of help. And we’ve seen them take public money and then turn around and pay out shareholders or increase pay to their executives,” said NDP Leader Jagmeet Singh, who is calling for the “pandemic profiteering tax.”

“But our small community and local businesses have struggled. And that’s where we need to see more supports, to help those small businesses get through.”

The tax would be a temporary measure, and could wind down when vaccination reaches a “certain” threshold, Singh told reporters. It could be used to support small-business owners who have been knocked back repeatedly by lockdown measures and successive waves of the COVID-19 pandemic.

The NDP has also proposed a wealth tax on families with net worth of over $20 million, which Giroux estimated last year would apply to some 13,800 Canadian families and generate $5.6 billion in 2020-21.

The Liberal government’s 2021 budget steered clear of major tax hikes, but would introduce a tax on the purchase of luxury cars and personal boats and aircraft as well as a new tax on vacant homes owned by foreigners.

Ottawa also plans to collect a three-per-cent tax on foreign tech platforms such as Netflix, Amazon Prime and Airbnb starting in January 2022.

The government has projected $2.7 billion in revenue from the levy over five years, or about $540 million annually.

In his report, Giroux did not try to gauge the possible knock-on effects of an excess profits tax, but suggested that rules would be necessary to prevent any accounting alchemy.

“We do not attempt to quantify the effects of taxpayer behavioural response and we implicitly assume that complementary measures are put in place to prevent eligible firms reducing their tax burden in 2020, for example by applying losses or shifting depreciation and amortization otherwise recorded in other tax years,” he wrote.

Some companies’ surprising profitability throughout the pandemic should not be interpreted as evidence of undue price hikes, he added, noting that economies of scale, lower overhead and other factors can boost net earnings.