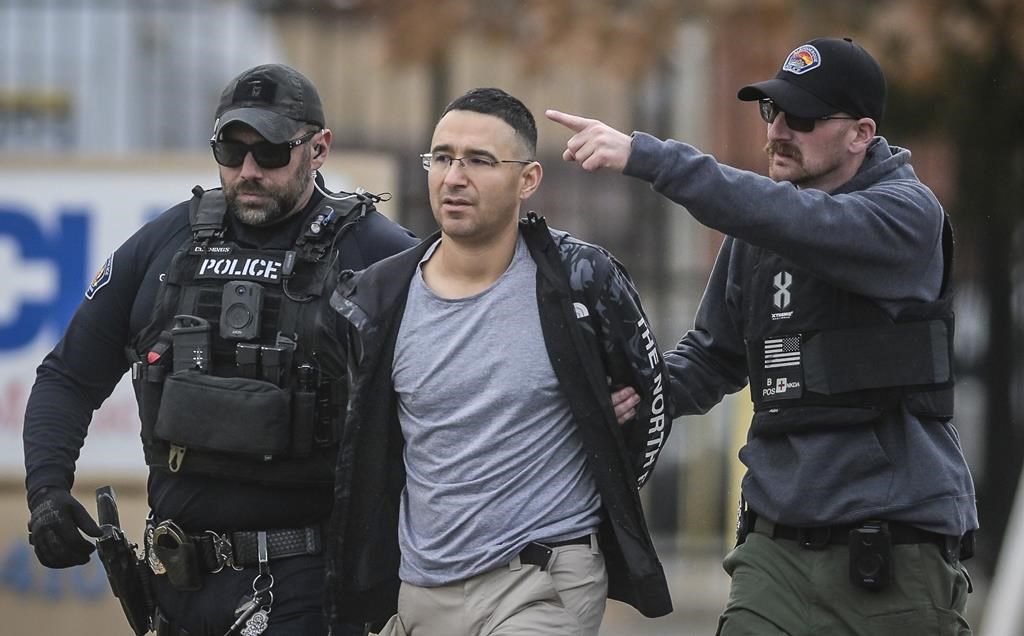 ALBUQUERQUE, N.M. (AP) — A failed Republican state legislative candidate who authorities say was angry over losing the election last November and made baseless claims that the election was “rigged” against him was arrested Monday in connection with a series of drive-by shootings targeting the homes of Democratic lawmakers in New Mexico’s largest city.

Medina described Pena as the “mastermind” of what appears to be a politically-motivated criminal conspiracy leading to four shootings at or near the homes of two county commissioners and two state legislators between early December and early January.

Police said Pena, an election denier, had approached county and state lawmakers after his loss claiming the contest had been rigged against him despite no evidence of widespread voter fraud in New Mexico in 2020 or 2022. The shootings began shortly after those conversations.

New Mexico’s state Canvassing Board unanimously certified the results of the November election.

“This type of radicalism is a threat to our nation and has made its way to our doorstep right here in Albuquerque, New Mexico,” said Mayor Tim Keller. “But I know we are going to push back, and we will not allow this to cross the threshold.”

Deputy Commander Kyle Hartsock said at least five people, including Pena, were involved in the shootings. Pena is accused of paying the others to carry out at least two of the shootings, according to Hartsock, before “Pena himself” allegedly “pulled the trigger” during one of crimes.

Police said they identified Pena as their “key” suspect using a combination of cellphone records, witness interviews and bullet casings collected at the lawmakers’ homes. His arrest comes one week after Medina, the police chief, initially announced they had identified a suspect in the shootings.

A lawyer for Pena who could comment on the allegations wasn’t listed Monday night in jail records.

No one was injured in the shootings, which came amid a rise in threats to members of Congress, school board members, election officials and other government workers around the nation. In Albuquerque, law enforcement has been struggling to address back-to-back years of record homicides and persistent gun violence.

Hartsock said additional arrests and charges were expected in the case but declined to elaborate, citing the ongoing investigation. He said some individuals, including Pena, were in custody Monday night.

A criminal complaint outlining the exact charges against Pena was expected to be released in the coming days.

As news reports began to surface about the shootings, state Rep. Javier Martinez examined his property and discovered damage from gunshots. Police believe the shooting occurred in early December.

Then, during the first week of January, shots were fired at the home of state Sen. Linda Lopez — a lead sponsor of a 2021 bill that reversed New Mexico’s ban on most abortion procedures.

Lopez said in a statement that three of the bullets passed through her 10-year-old daughter’s bedroom.

Police had been investigating two additional shootings — one in the vicinity of New Mexico Attorney General Raul Torrez’s former campaign office and another at state Sen. Antonio Maestas’ office. But Gilbert Gallegos, a spokesman for the police department, said Monday the shootings do not appear to be connected to the case.