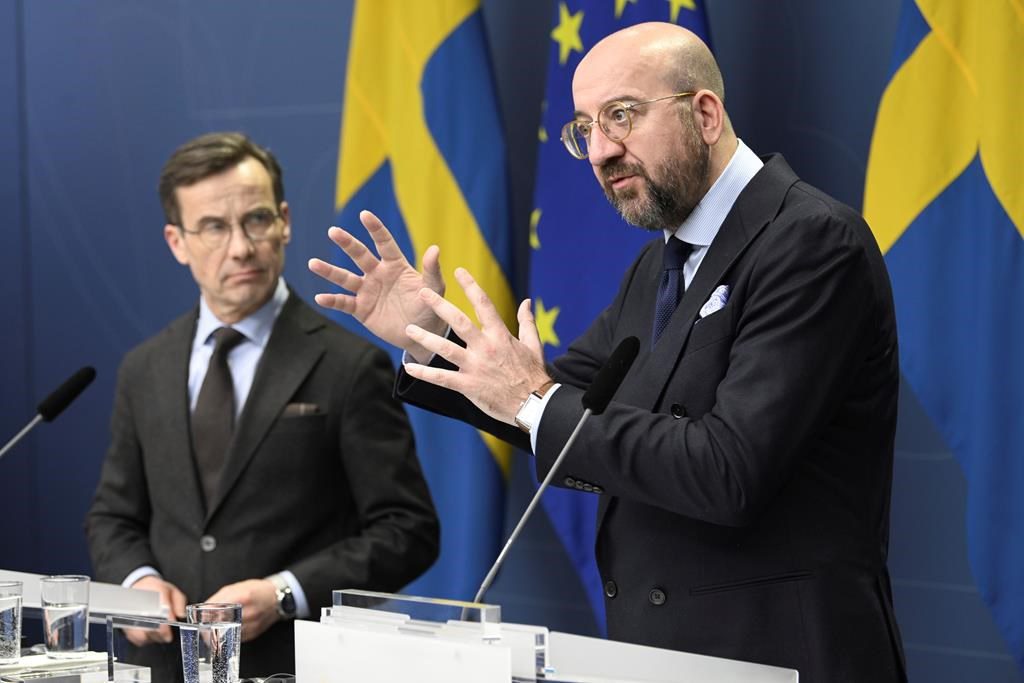 BRUSSELS (AP) — From Paris to Stockholm and Brussels, European Union leaders and member nations were putting forward moves Monday to ensure the 27-nation bloc would not be left behind by the United States in the green industry race.

Talk of huge subsidies to prop up companies at home and fears of a race to the bottom that allows domestic production to muscle out competition are set to dominate the EU’s political agenda right up to a special economic summit Feb. 9-10.

The tipping point came when the $369 billion U.S. Inflation Reduction Act was approved last summer, which EU leaders see as an attempt to cut European firms out of the lucrative American market for clean energy technology like electric vehicles and excessively favors a “made-in-America” approach that discriminates against European multinationals.

Ever more forceful, EU nations want to counter it.

“We need to send a strong message that we will act to safeguard our industrial base. It is crucial that the EU remains an attractive place to invest, innovate and produce,” EU Council President Charles Michel said Monday in Stockholm.

And when French Finance Minister Bruno Le Maire strode into EU headquarters in Brussels soon after, he let it be known.

“We need a shock,” he said, to simplify the EU’s subsidy approval rules. They force companies to struggle through arcane state aid regulations for too long to obtain the investments needed for cutting-edge breakthroughs, he said.

France wants new industrial projects with a common EU base to be able to get approval within half a year. Not only does France want speed, it also wants much bigger subsidies.

“We want state aid that can be much more massive for certain sectors that we clearly identify — hydrogen, electric batteries, solar panels, semiconductors,” Le Maire said. “There is not a moment to lose.”

In Paris, there is a feeling Berlin is on the same page. Le Maire and his German counterpart, Robert Habeck, are expected to travel to Washington next month for a joint visit that includes talks on EU requests to get exemptions to the IRA that would allow European companies to remain competitive in the U.S.

Because of the COVID-19 pandemic since 2020 and Russia’s war in Ukraine since February, the EU has already temporarily loosened subsidy regulations to let industries survive. Germany and France — the two largest European economies — have been the major beneficiaries.

Of the 672 billion euros ($727.5 billion) in EU aid approved to allow member states to deal with the impact of the war in Ukraine, 53% was for Germany and 24% for France.

Ever since the IRA was approved, the EU has been seeking to dull its sharpest measures, especially enticements offered for the production of electric vehicles on U.S. soil.

On Tuesday, U.S. Trade Representative Katherine Tai visits EU headquarters and will discuss outstanding differences on the law with EU Trade Commissioner Valdis Dombrovskis. Both are then scheduled to head to Davos, Switzerland, to speak on panels for the World Economic Forum’s annual gathering of corporate executives and world leaders.