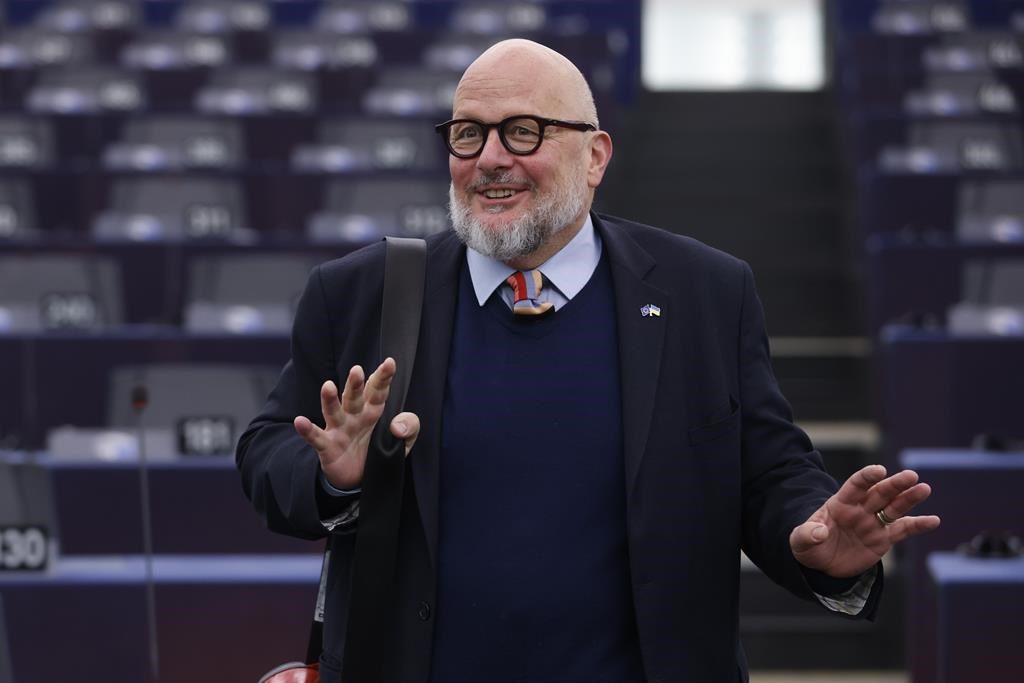 STRASBOURG, France (AP) — European Union lawmakers are set to vote Wednesday on a candidate to replace a disgraced former parliament vice president, after a key suspect in the cash-for-influence corruption scandal rocking the assembly made a plea bargain with prosecutors, raising the prospect that more names might surface.

Former parliament vice president Eva Kaili was removed from her post after she was taken into custody early last month facing charges of corruption, money laundering and membership of a criminal organization.

Belgian prosecutors suspect that Kaili; former parliamentarian Pier Antonio Panzeri; Kaili’s partner and Panzeri’s friend Francesco Georgi; and Niccolo Figa-Talamanca, head of the charity group No Peace Without Justice, were paid by Qatar and Morocco to influence decision-making at the assembly. Both countries deny the allegations.

The federal prosecutor’s office said Tuesday that Panzeri had agreed to become an informant and reveal more information about the scandal in exchange for a lighter sentence. He’s pledged to tell investigators the names of those involved and what financial arrangements were made with other countries.

Several EU lawmakers and officials have said that the corruption allegations are the most damning to have hit the parliament. The center-left Socialist and Democrats, the second biggest political group in the assembly, has been the prime target, and its members are wary that things might get worse.

The S&D group have nominated Marc Angel, a Luxembourg member of the EU parliament, to replace Kaili. He has received the backing of the two other biggest groups and seems almost certain to be endorsed in a vote in Strasbourg, France, later Wednesday.

Panzeri’s lawyer avoided reporters as he left the main Brussels courthouse on Tuesday but later, in an interview with Belgian broadcast RTBF, said that the 67-year-old Italian would probably only now receive a five year suspended sentence, with one year to be served in detention.

The lawyer, Laurent Kennes, said that Panzeri would also be fined 80,000 euros, and would have to give up the estimated 1 million euros that prosecutors suspect he earned from his corruption dealings.

Kennes said that Panzeri “wants to talk, to get things off his chest. He is vulnerable, he’s locked up, he’s depressed. Under those circumstances he wants to be able to see light at the end of the tunnel.”

The scandal came to public attention on Dec. 9 after police launched more than 20 raids, mostly in Belgium but also in Italy. Hundreds of thousands of euros were found at a home and in a suitcase at a hotel in Brussels. Mobile phones and computer equipment and data were seized.

Prosecutors also suspect Panzeri’s wife and daughter of taking part in the scheme and have issued arrest warrants to have them handed over by Italian authorities.