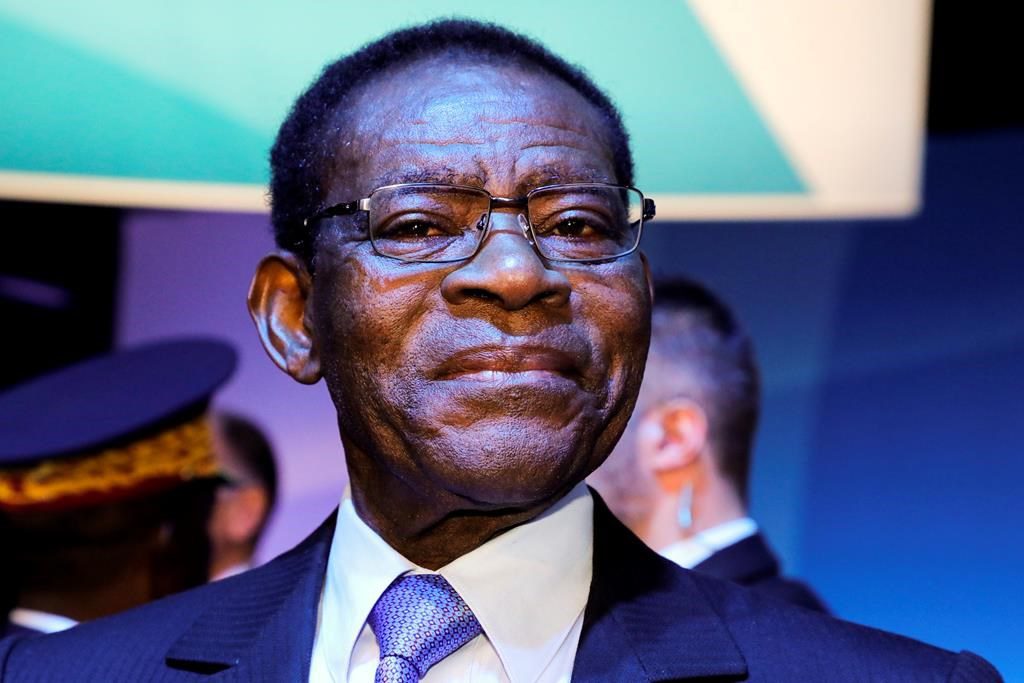 Fourteen of the country’s opposition parties have joined an alliance with Obiang’s authoritarian regime, which critics have long accused of intimidation, torture and corruption. Those critics also point to questionable official results from past elections, which have never shown Obiang getting less than 90% of the vote.

In the streets of the capital, Malabo, the 80-year-old Obiang’s posters have flooded public spaces in recent weeks with the message: “Vote for the right way, vote for continuity.” Only a handful of opposition posters could be seen.

At a final campaign event in Mongomo last week, the president shouted to the crowds: “Who’s your papa?” He urged voters to keep him in power, warning of the risks of political upheaval.

“Some preach that there should be change,” Obiang said. “Then we have to see the changes that they want to produce. We do not know if they are for the benefit of the people, or if it is to create a catastrophic situation that can provoke an uncontrolled situation in the country.”

Despite its oil and gas riches, Equatorial Guinea has a dramatic gap between its privileged ruling class and much of the population, which lives mainly on subsistence farming.

Obiang seized power in a 1979 coup, overthrowing the country’s first president since independence from Spain in 1968. For the first years of his rule, Obiang headed a military dictatorship. He then oversaw a three-year transition to multiparty democracy that ended in 1993.

Critics say Obiang has built a system of corruption unmatched in Africa, forsaking an extraordinary opportunity to lift his country’s people out of poverty when oil deposits inflated the country’s gross domestic product by more than 5,000 percent.

Human rights groups say the regime also has resorted to intimidation, torture and execution, going so far as to hunt down opponents and alleged coup-plotters in other countries and forcibly return them to Equatorial Guinea, where they were sentenced to death.

Obiang’s son, Teodoro Nguema Obiang Mangue, known as Teodorin, has come to embody the regime’s excesses, purchasing everything from logging firms to a rap label to Michael Jackson memorabilia even as his father promoted him up the ranks to second vice president and observers speculated he was being groomed for succession.

A French court last year upheld Teodorin’s conviction for money laundering and embezzling millions of dollars in public money. The French court handed him a three-year suspended sentence, fined him 30 million euros and ordered property in France worth tens of millions of euros seized.