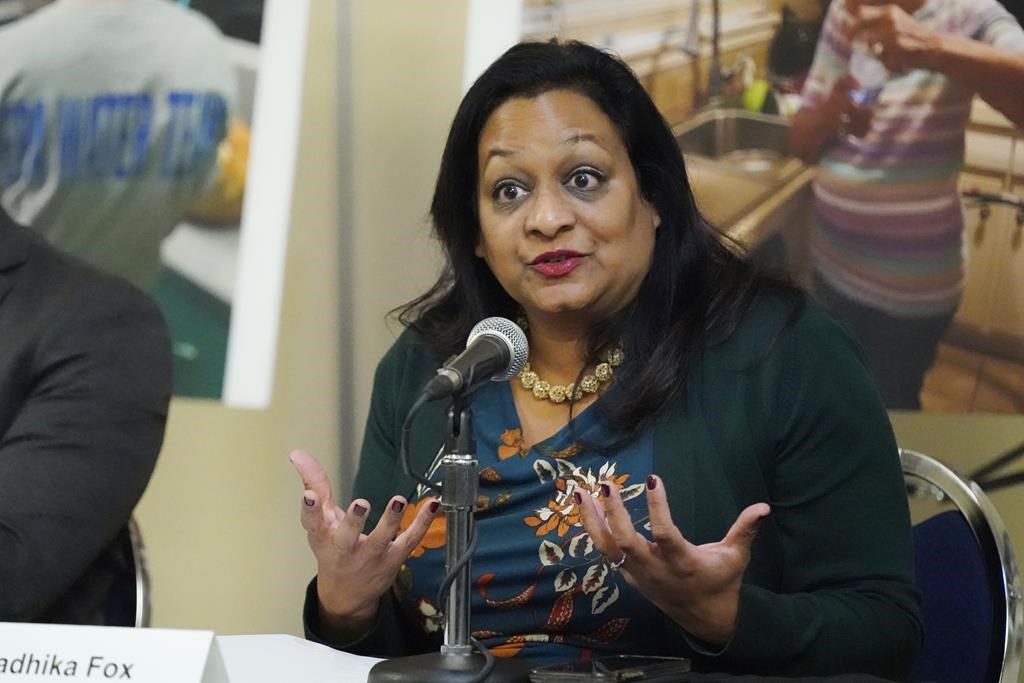 JACKSON, Miss. (AP) — EPA Administrator Michael Regan said Tuesday that the agency is still working on a plan to bring long-term improvements to the water system in Mississippi’s capital city, which came perilously close to collapsing more than two months ago.

“I am here for the fourth time in one year because I want to hear directly from you,” Regan told dozens of business people, elected officials, pastors and others during a meeting at Jackson State University.

Jackson has struggled with water problems for decades. Most of the city lost running water for several days after heavy rainfall exacerbated problems at the city’s main water treatment plant in late August. When that happened, Jackson had already been under a boil-water advisory for a month because health inspectors had found cloudy water that could make people ill.

About 80% of Jackson’s 150,000 residents are Black, and about a quarter of the population lives in poverty.

The boil-water advisory was lifted in mid-September, but many people remain skeptical about water quality. State Rep. Bo Brown, a Democrat from Jackson, asked Regan on Tuesday whether the EPA can do anything to instill confidence in people that the water is safe to drink.

Regan said he had spent time with a 98-year-old woman in her Jackson home and she gave him advice: Put aside politics and start working on a solution.

“The mayor and I have talked about this a number of times. We know we have to earn trust,” Regan said.

The EPA announced Oct. 20 that it had started investigating whether Mississippi state agencies discriminated against Jackson by refusing to fund improvements for its failing water system. Regan told reporters that he could not give details about that investigation Tuesday.

On Oct. 31, the EPA announced that testing had shown Jackson water is safe to drink. The agency encouraged residents to pay attention to future boil-water advisories. It was not yet certain whether Jackson has too much lead and copper in its water; sampling has been completed and results are expected sometime this month.

Regan’s first trip to Jackson as EPA leader was on a “Journey to Justice” tour late last year to bring attention to environmental problems in low-income, mostly minority communities in Gulf Coast states. Three of Regan’s trips to Jackson have happened since the water emergency began in late August.

Lumumba told reporters after the meeting Tuesday he wants Republican Gov. Tate Reeves to extend the state of emergency for Jackson’s water system, which is set to expire next Monday.

Lumumba said during the meeting that water problems disrupt the economy, disrupt schools and universities and affect the quality of life.

“We’re prepared to end these cycles of humiliation,” Lumumba said.

The Rev. Dwayne K. Pickett Sr., pastor of New Jerusalem Church in Jackson, told the EPA officials that as the Jackson water system is repaired, he wants to see meaningful participation by minority contractors.

Fox said she started her water career in San Francisco and that city made efforts to include minority contractors by, for example, breaking large contracts into smaller ones. She said the EPA is looking at issues of equity in Jackson and other places. She said replacing aging infrastructure should be done in a way that includes “building power and building wealth” for the communities affected.