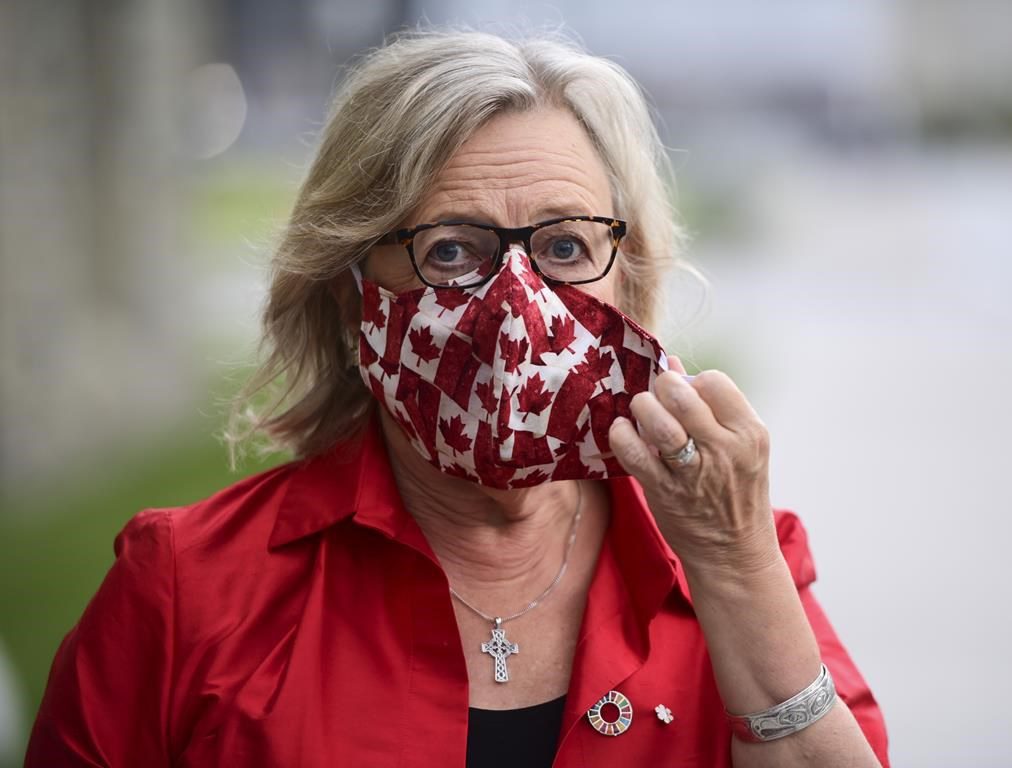 OTTAWA â€” An emergency parliamentary debate that was supposed to be a forum for cross-party collaboration on better ways to combat the COVID-19 pandemic devolved Wednesday into another round of partisan finger-pointing.

Veteran Green MP Elizabeth May requested the debate, arguing that the wildfire spread of more contagious and deadly variants of the COVID-19 virus requires politicians to come together to figure out how to respond.

“The situation we are now in is one that I think requires of us that we do something different,” May said.

“We are a fragmented federation with far too many tendencies towards blaming somebody for the situation in which we find ourselves. I gravely fear that partisanship and federal-provincial tensions will make matters worse.”

She appealed to MPs to stop the blame game and think about how Canada can develop a more nationally co-ordinated approach to the pandemic that is raging out of control in some provinces.

Green MP Paul Manly and New Democrat MP Don Davies suggested that the time has come to invoke the Emergencies Act, which would empower the federal government to shut down interprovincial travel, lockdown areas experiencing community spread of COVID-19 variants, set up hospitals and authorize emergency sick benefits  â€” rather than leaving it up to provincial and territorial governments.

Health Minister Patty Hajdu argued that the federal government doesn’t need the Emergencies Act to help hard-hit provinces like Ontario, noting that it is already setting up field hospitals and has created a sickness benefit.

Her parliamentary secretary, Toronto-area Liberal MP Jennifer O’Connell, said she has concerns about the way her province has handled the pandemic but questioned whether the Emergencies Act might create more trouble than it’s worth.

If the Ontario government challenged the federal intrusion on its jurisdiction in court, she said it could waste precious time that could be better spent working together to combat the pandemic.

Davies doubted any province would object to federal help but added: “We’ll deal with litigation later if that happens.”

While some of the debate was constructive, Conservative and Bloc Quebecois MPs used it largely to recount a litany of things they believe the Liberal government has done wrong.

Conservatives blamed Prime Minister Justin Trudeau’s failure to secure a stable supply of vaccines in January and February for the third wave of COVID-19 now sweeping across the country.

Conservative MP John Barlow said only two per cent of Canadians have received two doses of a vaccine, compared to close to 30 per cent in the United States.

He said the government is paying double or triple what other countries are paying for vaccines but is not getting premium service for those premium prices. Moreover, he said Canada is the only country that’s delaying the interval between first and second doses for four months.

“That is unacceptable and poor leadership and poor action, or inaction, by this government and they have to apologize to Canadians,” Barlow said.

“The failures are piling up and, unfortunately Mr. Speaker, Canadians are the ones paying the price.”

His comments were echoed by other Conservatives. Bloc Quebecois MPs zeroed in on the government’s failure to quickly shut down international travel to halt the spread of COVID-19 last spring and its refusal to accede to premiers’ demands for $28 billion more each year in unconditional transfers for health care.

“Let’s have a debate here and facts and stop perpetuating these myths that members opposite, too many of them, are trying to portray tonight. Let’s work together instead of playing terrible politics in this debate.”

May said she too was saddened by the debate.

“My goal tonight was not to have a finger-pointing debate where we would blame each other,” she said, adding there’ll be “time enough in the future” to investigate what went wrong.

“There’s plenty of blame to go around but we need to find out what we can do now to protect the lives of Canadians.”