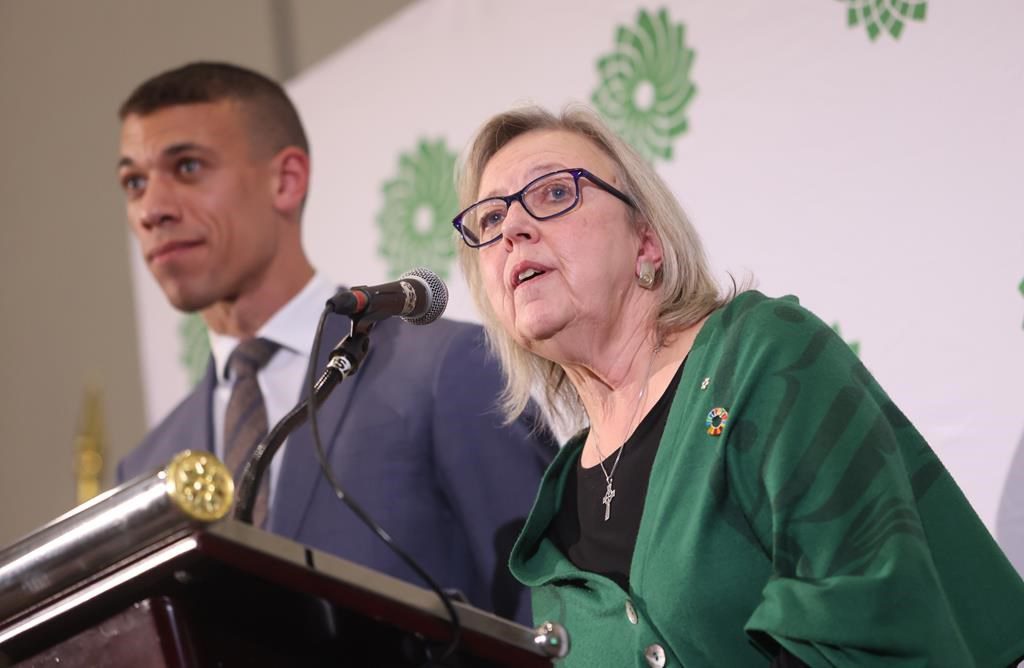 OTTAWA — The Green Party’s Elizabeth May is keeping her attention on climate action and on internal growth after disappointing results during her brief hiatus as party leader.

May is now “job-sharing” the role with Jonathan Pedneault after pitching a co-leadership plan to party members during the leadership race this fall.

That will eventually require a change to the party rules to allow the pair to share duties.

Pedneault is planning to seek a Quebec seat in the next federal election, and says the party is rebuilding and refocusing on issues like health care, inflation and a green transition.

May says Canada is in a “new kind of climate denial” by continuing to push policies that won’t meet international obligations to reduce carbon emissions.

She says the country’s climate plans need to be ripped up and rewritten, but she maintains it has time to avoid the worst of climate change.