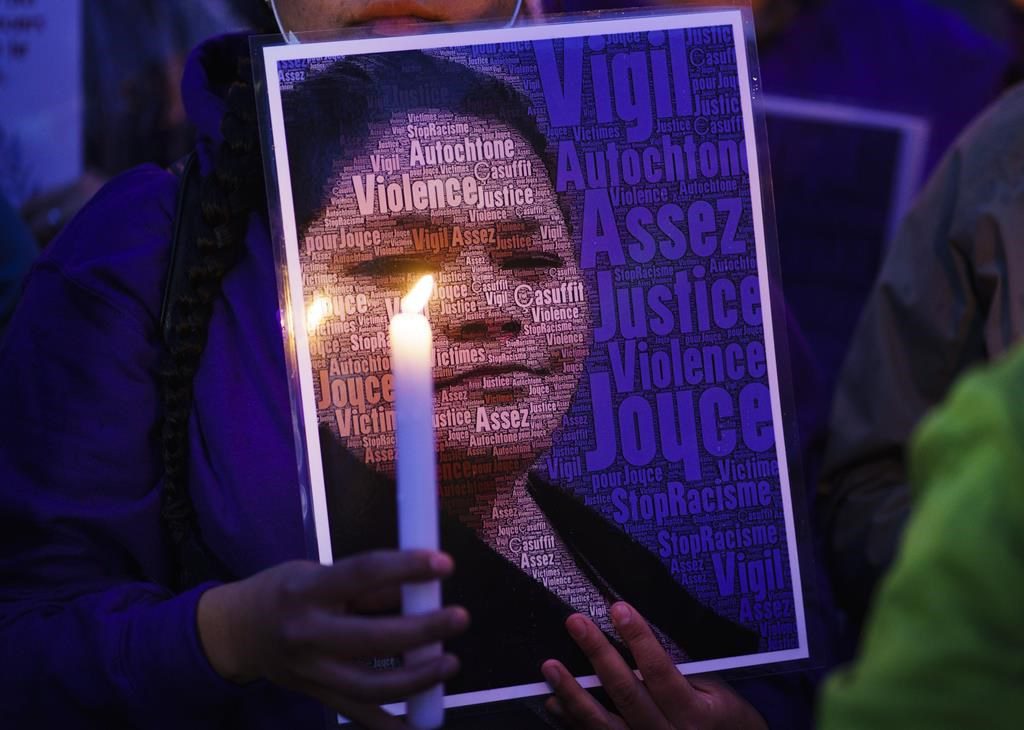 MONTREAL — The coroner’s inquiry examining the death Joyce Echaquan is moving to the recommendations phase of its public hearings.

Echaquan, a 37-year-old Atikamekw mother of seven from Manawan, Que., filmed herself on Facebook Live last September as a nurse and an orderly were heard making derogatory comments toward her at the hospital in Joliette, Que., northeast of Montreal.

He says the liaison officers need to feel supported and hospital management must have the political will to follow through on reforms.

Vollant adds that the complaint process should be simplified because it isn’t in the nature of Indigenous patients to file official grievances.

The coroner’s inquest began today’s hearing with a minute of silence in memory of the 215 children whose remains were recently found at a former residential school in Kamloops, B.C.

Coroner Géhane Kamel’s role is to examine the circumstances of Echaquan’s death and issue recommendations on how to avoid them from happening again.