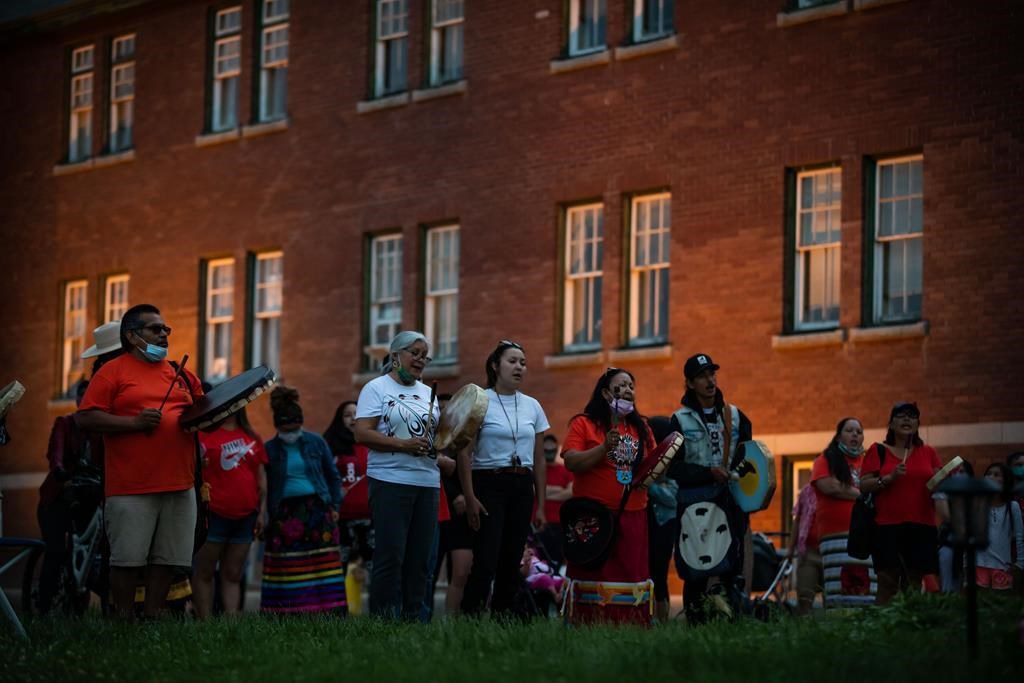 OTTAWA — The discovery of 215 children’s remains in an unmarked burial site in British Columbia has revived discussion about the residential school system, which the Truth and Reconciliation Commission concluded was cultural genocide against Indigenous Peoples.

Ryerson University law professor Pamela Palmater says the United Nations’ convention on the prevention and punishment of the crime of genocide applies to Canada’s actions.

She says the convention states that a genocide is committed when members of a group are killed, subjected to serious physical or mental harm, put in conditions to destroy them, become victims to measures intended to prevent births or have their children forcibly transferred to another group.

She says Canada only needs to be guilty of one of the five acts in the UN convention, with the intention to destroy, in whole or in part, a national, ethnic, racial or religious group, to commit genocide under international law.

Guelph University Professor David MacDonald says the forcible transfer of children, which is part of the UN convention, occurred in the system of residential schools in Canada.

The Truth and Reconciliation Commission released its report in 2015 after years of study into the church-run, government-sponsored institutions, which operated in Canada for more than 120 years.

In 2019, the National Inquiry into Missing and Murdered Indigenous Women and Girls concluded in its 1,200-page report that Canada deliberately and systematically violated racial, gender, human and Indigenous rights, and that its actions amount to genocide.

Following the release of the report, Prime Minister Justin Trudeau accepted the inquiry’s finding that what happened amounts to genocide but said Canada must focus on actions to fix the situation, not on words.