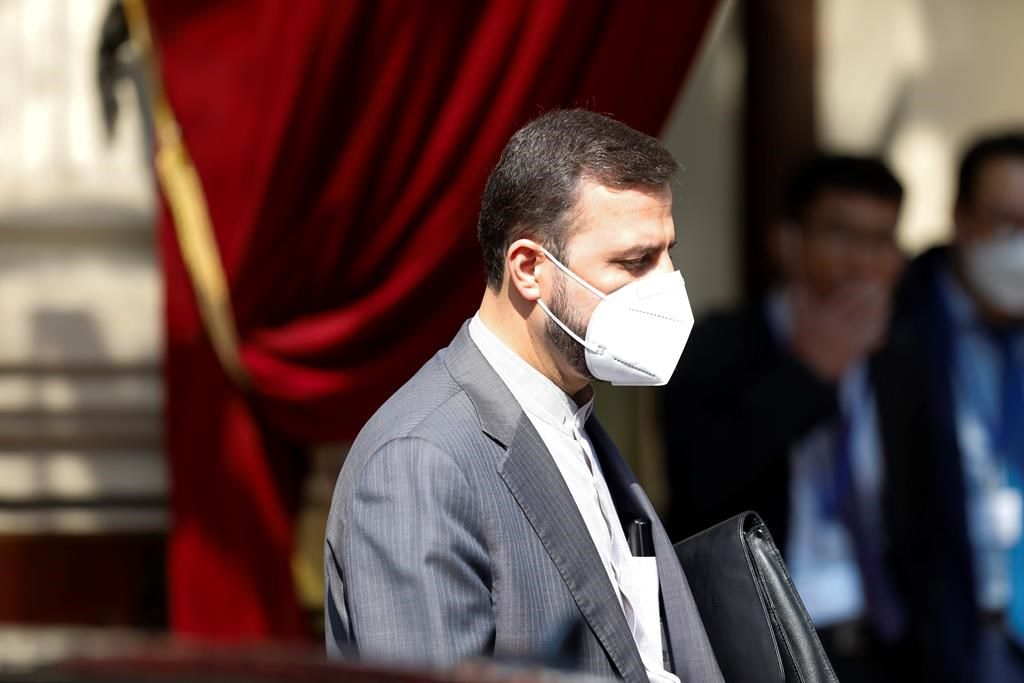 VIENNA â€” High-ranking diplomats from China, Germany, France, Russia and Britain are set to resume talks Saturday focused on bringing the United States back into their landmark nuclear deal with Iran.

The U.S. will not have a representative at the table when the diplomats meet in Vienna because former President Donald Trump unilaterally pulled the country out of the deal, known as the Joint Comprehensive Plan of Action, in 2018. Trump also restored and augmented sanctions to try to force Iran into renegotiating the pact with more concessions.

U.S. President Joe Biden wants to rejoin the deal, however, and a U.S. delegation in Vienna is taking part in indirect talks with Iran, with diplomats from the other world powers acting as go-betweens.

The Biden administration is considering a rollback of some of the most stringent Trump-era sanctions in a bid to get Iran to come back into compliance with the terms of the nuclear agreement, according to information from current and former U.S. officials and others familiar with the matter earlier this week.

Ahead of the main talks, Russia's top representative Mikhail Ulyanov said JCPOA members met on the side with officials from the U.S. delegation but that the Iranian delegation was not ready to meet with U,S. diplomats.

"JCPOA participants held today informal consultations with the U.S. delegation at the Vienna talks on full restoration of the nuclear deal," Ulyanov tweeted. "Without Iran who is still not ready to meet with US diplomats."

The Joint Comprehensive Plan of Action, or JCPOA, promised Iran economic incentives in exchange for curbs on its nuclear program. The reimposition of U.S. sanctions has left the Islamic Republic’s economy reeling. Tehran has responded by steadily increasing its violations of the restrictions of the deal, such as increasing the purity of uranium it enriches and its stockpiles, in a thus-far unsuccessful effort to pressure the other countries to provide relief.

The ultimate goal of the deal is to prevent Iran from developing a nuclear bomb, something it insists it doesn't want to do. Iran now has enough enriched uranium to make a bomb, but nowhere near the amount it had before the nuclear deal was signed.

The Vienna talks began in early April and have included several rounds of high-level discussions. Expert groups also have been working on proposals on how to resolve the issues around American sanctions and Iranian compliance, as well as the "possible sequencing" of the U.S. return.