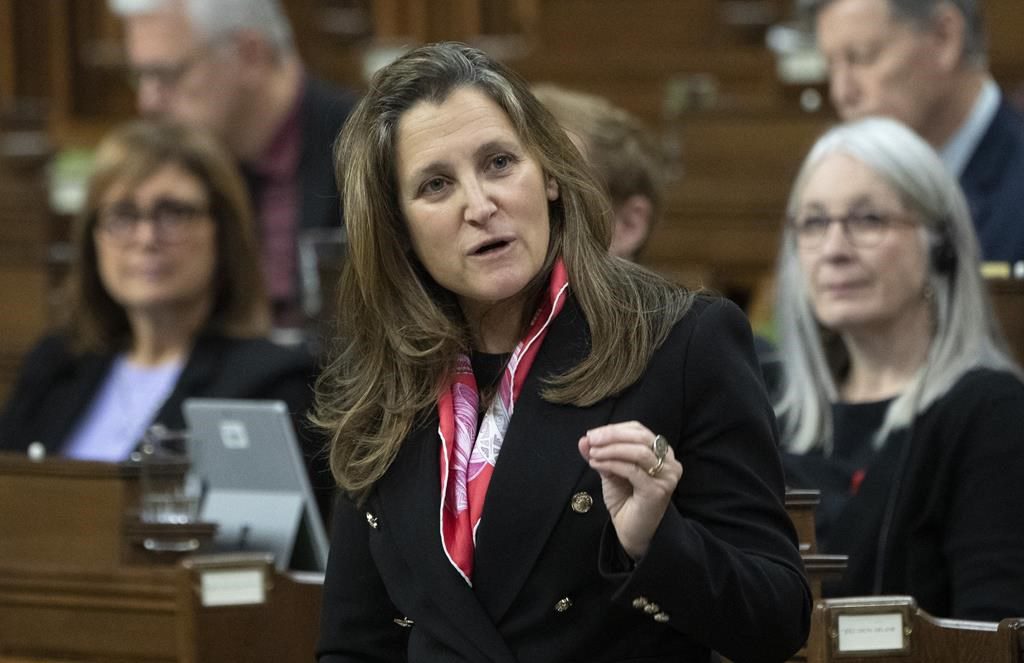 OTTAWA — Deputy Prime Minister Chrystia Freeland is next on the witness list at the public inquiry probing the federal government’s decision to invoke the Emergencies Act in response to weeks-long protests last winter.

Freeland, who is also the federal finance minister, was the lead on emergency economic powers given to banks and other financial institutions to freeze the accounts of participants in the “Freedom Convoy.”

The Public Order Emergency Commission is scrutinizing the events that led to the federal emergency declaration Feb. 14, weeks into protests that gridlocked downtown Ottawa and halted Canada-U.S. trade at several border crossings.

Freeland is the seventh cabinet minister to testify this week before Prime Minister Justin Trudeau closes out the public hearings on Friday.

Three of Trudeau’s senior staffers, including chief of staff Katie Telford, are expected to take the stand after lawyers finish questioning Freeland.

Commissioner Paul Rouleau is expected to present a final report to Parliament early next year.