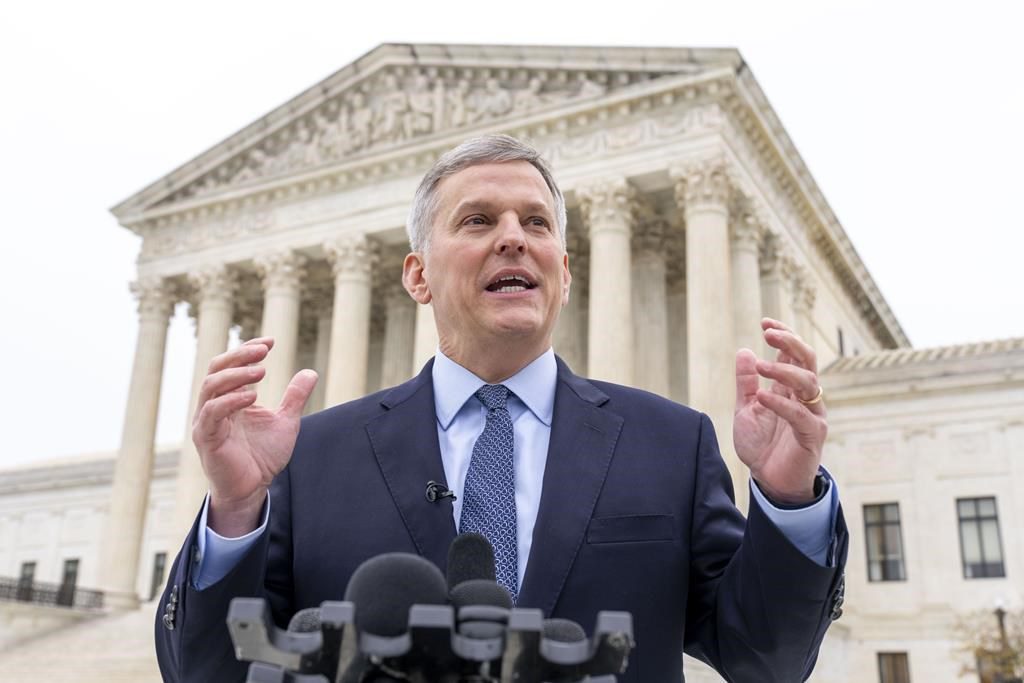 RALEIGH, N.C. (AP) — North Carolina Attorney General Josh Stein announced a bid for governor in 2024 on Wednesday, with the Democrat pledging to focus on public education, economic opportunity and equality and to provide a sharp contrast with a potential Republican opponent.

“We’ll build a better and brighter North Carolina by standing up for what’s right, fighting to fix what’s wrong and doing right by every single North Carolinians, no matter who you are,” Stein said in a short video released by his campaign.

Stein, the state’s top law enforcement officer since being first elected in 2016, was always considered a likely candidate to attempt to succeed Democrat Roy Cooper, who is term-limited from seeking reelection. Cooper himself was attorney general for four terms, and Stein served under him as head of consumer protection division for several years.

Stein’s early announcement — 14 months before primary elections — could attempt to prevent any other big names to enter the field. He unveiled what his campaign called 150 endorsements, from former four-term Gov. Jim Hunt and current House Minority Leader Robert Reives to ex-Supreme Court justices and big-city mayors. Stein is also a prolific fundraiser and had $3.4 million in his attorney general campaign coffers at the end of June.

But Stein narrowly won both of his general election bids in 2016 and 2020 — by less than 25,000 votes in a state that, save for gubernatorial contests, has been leaning slightly rightward.

And while Stein has co-led a task force on Racial Equity in Criminal Justice, initiated by Cooper, the attorney general at times has taken criticism from left-leaning advocates, saying he has fallen short on protecting civil rights.

Figuring prominently in the campaign video is Republican Lt. Gov. Mark Robinson, who has said it’s extremely likely that he’ll enter the gubernatorial race, too.

The video included snippets of Robinson’s speeches for which he’s been criticized, in particular for some about sex education in schools that critics say disparaged LGBTQ people. In one segment, Robinson calls abortion a “scourge that needs to be run out of his land.”

“Robinson wants to tell you who you can marry, when you’ll be pregnant and who you should hate,” Stein said. “I’m running for governor because I believe in a very different North Carolina, one rooted in our shared values of freedom, justice and opportunity for everyone.”

While attorney general, Stein also has been known for his involvement in a national opioid settlement and for a landmark legal settlement that forced electronic cigarette giant Juul Labs Inc. to pay $40 million to North Carolina and take more action to prevent underage use and sales.

The 56-year-old Stein is the son of civil rights attorney Adam Stein and grew up in Chapel Hill. He went to Dartmouth College and later Harvard University, where he received a law degree. He was campaign manager for John Edwards in his successful U.S. Senate bid in 1998. Stein also served in the state Senate, representing a Wake County district, before running for attorney general.

Stein had what he called a “minor stroke” last spring that prompted doctors to remove a small blood clot. There have been no signs of lingering effects; Stein attended a Martin Luther King Jr. Day event late last week in Raleigh.

State Treasurer Dale Folwell, a Republican, has also been considering a gubernatorial run.

Democrats have won seven of the last eight gubernatorial elections in North Carolina dating to 1992. But Republicans have won the last five U.S. Senate races and hold majorities in the General Assembly and on the state Supreme Court.