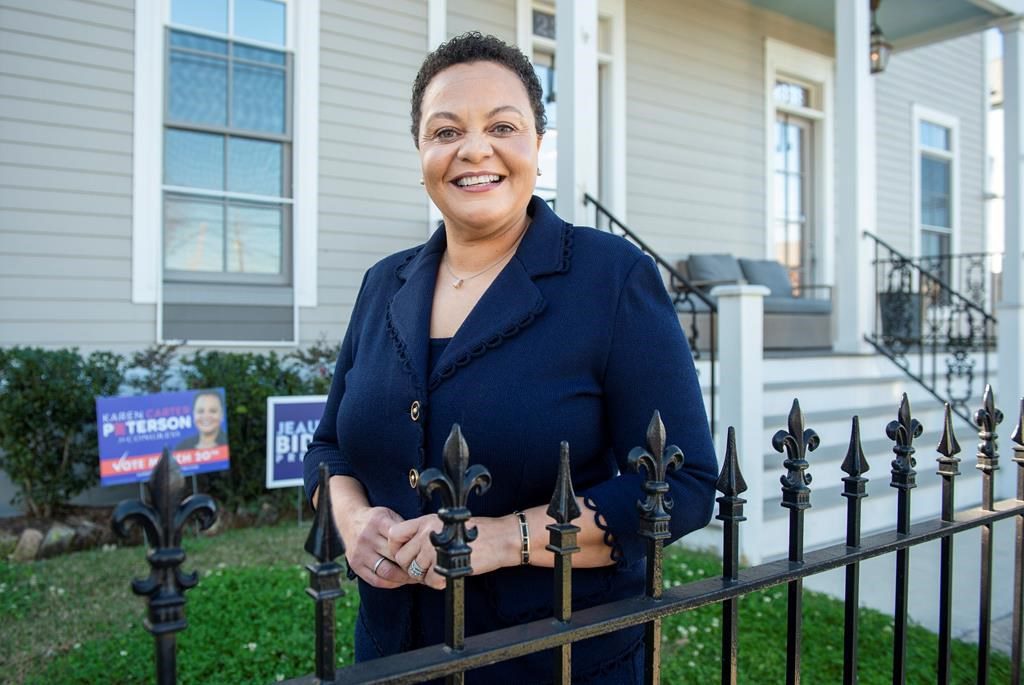 Carter easily defeated Karen Carter Peterson in the race for Louisiana’s only Democrat-held seat in Congress, in a race seen as handing a victory to the more moderate side of the party after Peterson planted herself firmly in the progressive camp. Carter dismissed those comparisons, noting he also had progressive support.

The pair of state senators from New Orleans, who both made previous failed bids for the congressional seat, had only modest policy differences to distinguish them, and the race centred mainly on personality. Carter had the backing, however, of the seat’s predecessor, Cedric Richmond.

The 2nd District seat â€” representing a majority-Black district centred in New Orleans and extending up the Mississippi River into Baton Rouge â€” was open because Richmond left the position shortly after he won last year’s election to work as a special adviser to President Joe Biden.

"I will wake up every day with you on my mind, on my heart, and I will work for you tirelessly," Carter, a former New Orleans City Council member, pledged to his supporters.

He said he would focus on economic recovery from COVID-19, overhauling criminal sentencing laws, protecting LGBTQ rights and fighting for clean air in parts of the 10-parish district with higher levels of pollution.

Peterson, the former chair of Louisiana's Democratic Party, conceded fewer than two hours after the polls closed, acknowledging she lost her latest attempt to be the state's first Black woman elected to Congress. She pledged to "keep swinging hard for the people" from the state Senate.

"I can still do a lot in the role I have," Peterson said.

Carter and Peterson reached Saturday's runoff after they emerged as the top vote-getters among 15 candidates in the March primary. Carter raised more campaign cash in the competition, but he faced attack ads from out-of-state groups supporting Peterson.

The two state senators differed more in style than substance, though Peterson positioned herself as the more liberal candidate. In one runoff debate, Peterson described herself as "bold and progressive" and willing to "shake things up to get things done."

Carter is known more for his ability and willingness to work across party lines, while Peterson is more overtly partisan in her approach. She suggested Carter cozied up to Republicans to boost his campaign, while he said Peterson’s dogmatic approach damaged her ability to pass legislation.

"In order to get things done, they need to send someone to Washington who can build bridges, not walls, that can establish relationships that mean something, not kick rocks because you don't get your way, not spew lies because you're losing," Carter said in a debate.

The two candidates backed an increase in the minimum wage, the legalization of recreational marijuana and abortion rights. They supported changes in how police agencies and public safety are funded and approached, though Peterson went further saying she backed a "complete restructuring.”

Both Carter and Peterson said they support the idea of "Medicare for All.” But while Peterson fully embraced shifting to a government-run, single-payer plan, Carter said he’d like people to have the option of retaining employer-financed coverage.

Across the campaign, they traded accusations.

Carter hit Peterson on her many missed votes in the Louisiana Senate.

Peterson slammed campaign donations Carter received from people and entities tied to the oil and gas industry. She made support of "environmental justice" for poor communities facing greater health risks from pollution one of the cornerstones of her campaign.

Carter hammered Peterson for suggesting she helped establish Louisiana’s Medicaid expansion program, which was started by Gov. John Bel Edwards and required no legislation. He noted that when she was head of the Democratic Party, she discouraged Edwards from running for governor.

They each touted high-profile endorsements.

In addition to Richmond’s endorsement, Carter had backing from No. 3 House Democratic leader James Clyburn of South Carolina, New Orleans District Attorney Jason Williams and every Black member of the state Senate besides Peterson.