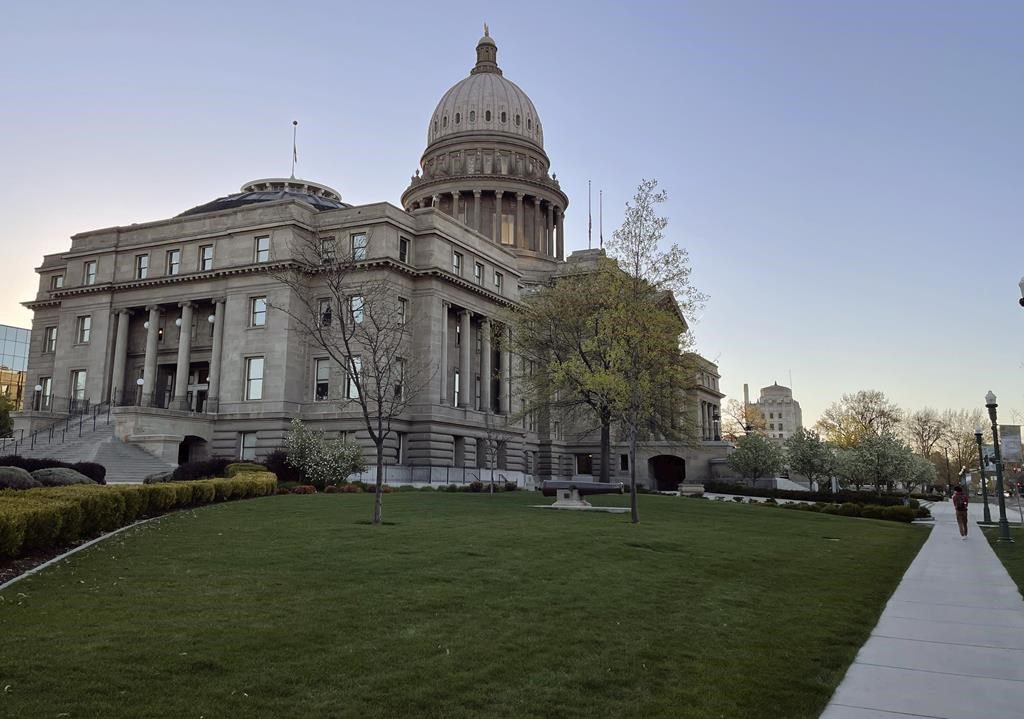 BOISE, Idaho (AP) — The dream world for Idaho’s ascendant far right is one where state lawmakers run a sovereign nation-state free of federal oversight. It would be a place where they can outlaw all abortions, dictate what is taught in schools, have complete say over public health rules and gun laws, and take control of federal public lands, which make up more than 60% of the state.

And many believe they’ve never been closer to achieving their goals in what is already one of the most conservative states in the country.

Mainstream Idaho Republicans, who have dominated the state for three decades and would be considered far right in many states, have themselves become targets, including protests at lawmakers’ homes. They fear disinformation and intimidation is driving the changes in the rural Western state.

“It’s definitely conservatives who are battling against the farther right,” said Jaclyn Kettler, a Boise State University political scientist. “Mainstream traditional Republicans who have a preference for smaller government” and right-wing Republicans who question “whether government should even be involved.”

Some half-dozen recently formed right-wing groups, including antigovernment activist Ammon Bundy’s People’s Rights, have used coronavirus restrictions as recruiting tools, organizing angry mask-burning protests in a push to disrupt institutional norms ahead of statewide elections next year. Other Republicans, including a former Idaho attorney general, have established groups to oppose them.

The atmosphere is so charged that lawmakers approved extra spending to bring more Idaho State Police troopers to the 100-year-old Statehouse — even when the Legislature isn’t in session. A doorway pane shattered last year when Bundy and others pushed their way into the House gallery that had limited seating due to the pandemic.

The schism also played out dramatically late last month when far-right Republican Lt. Gov. Janice McGeachin issued an executive order during a short stint as acting governor while Republican Gov. Brad Little was out of the state. She ordered a statewide ban on mask mandates, which were already in place in some cities and counties, without consulting them or Little.

Her action came about a week after she announced her run to unseat Little in 2022. She and Little were each elected in 2018. In Idaho, the governor and lieutenant governor don’t run on a combined ticket.

Little touts his own conservative credentials by saying he’s made Idaho the least regulated state following a pruning of administrative rules after he took office.

Bundy, who is best known for leading an armed standoff at a federal wildlife refuge in Oregon five years ago, has also filed paperwork in a long-shot run for governor. He is expected to officially announce his campaign this month.

Democratic lawmakers are too few to have much say in state government. They have not held the governor’s office since 1995 or statewide elected office since 2007. Only 12 of the 70 House members are Democrats, and Senate Democrats hold only seven of 35 seats. Democrats lost two House seats in the 2020 election. Far-right Republicans picked up two seats by unseating moderate Republicans in the primary. Several open seats were filled by Republicans considered more conservative than their Republican predecessors.

The main victories for Democratic lawmakers are supplying enough votes to pass legislation often opposed by far-right legislators, including must-pass appropriations bills. Among those earlier this year was the $3.7 billion Medicaid budget that cleared the House 36-34. Idaho Public Television’s $9.5 million budget, a perennial target of the far right, also squeaked through 36-34.

“That flank has never really had to come to terms with the fallout of the policies they have proposed,” said Democratic House Minority Leader Ilana Rubel. “If that wing keeps strengthening, people may experience a stark wakeup call of losing the vital services that everyone depends on.”

McGeachin and other ultra-conservative lawmakers have a stated desire to end federal money coming to Idaho, part of a far-right belief involving state sovereignty.

“Defending our state means making difficult decisions when the federal government tries to bribe us into compliance,” she said in announcing her run for governor last month, citing Medicaid in particular. “It means rejecting additional federal money when accepting it would mean we lose the right to manage our own Medicaid programs.”

A far-right lawmaker in the governor’s office could veto narrowly passed appropriations bills that include federal money. Idaho’s 2022 budget is more than $11.3 billion, with more than $5 billion of that coming from the federal government.

Bills that far-right lawmakers were instrumental in killing this year included $40 million in federal money for coronavirus testing in schools and another $6 million in early childhood learning. Republican lawmakers also made a punitive $2.5 million cut to colleges and universities, citing the teaching of critical race theory, which seeks to highlight how historical inequities and racism continue to shape public policy and social conditions today.

Jim Jones, a former attorney general who also served as chief justice of Idaho’s Supreme Court, founded the Committee to Protect and Preserve the Idaho Constitution in response to the recent political winds.

It’s one of two groups that filed a lawsuit alleging a new law makes it impossible to get voter initiatives on the ballot and is unconstitutional. Republican lawmakers have been seeking to make the voter-backed initiative process more difficult following one several years ago that led to Medicaid expansion.

Jones said very conservative Republicans are focused on culture wars, “trying to pick a fight with people on practically any issue that came down the pike.”

Jones said he now considers himself an independent, but registers as a Republican to vote in the party’s primary that was closed to outsiders in 2011.

“I think the closed primary is the stupidest thing we’ve done because it helped to turn the Republican Party into a far-right ideological animal,” he said.